Skip to content
ASNF 1 month ago 9 min read
Hello gentle readers, and welcome to the SwitchArcade Round-Up for August 22nd, 2022. That’s a...

Hello gentle readers, and welcome to the SwitchArcade Round-Up for August 22nd, 2022. That’s a lot of twos! Here’s another two for you: two fresh reviews, taking a look at a pair of unique games. From Devolver Digital and Massive Monster, we’ve got Cult of the Lamb. We’ve also got, from Wired Productions and Nosebleed Interactive, Arcade Paradise. I enjoyed both of these games, but you’ll see all the details below. After that, we look at the new releases of the day, such as they are, and dive into the newest sales and expiring discounts for today. Let’s head in!

Sometimes, a game just nails its loop. Arcade Paradise definitely does that. You play as a young adult who is ever so kindly given the opportunity to run a laundromat by their business mogul father. It was Daddy’s first business, and while it’s very run-down, he sees it as a good way to prepare you for life. Each day you report to work, clean up the premises, do the laundry for the customers, take out the trash, scrape gum off the machines, and even unclog the toilet. Finish up the laundry quickly and you’ll earn more money. Once it’s closing time, you put the earnings in the safe and head home.

That doesn’t sound like an arcade paradise at all, does it? But like many laundromats, yours has a few game machines in a back room for customers to play while the laundry is doing its thing. While emptying the coin hoppers as part of your regular chores, you realize something: these games are making a lot of money, and might even make more than the laundry business if cultivated properly. Sadly, your father isn’t hearing any of it. Games are silly diversions, and laundry is a community cornerstone. Fortunately for all of us, he’s over in the UK. The protagonist and their sly sister who works in the city planning office want to prove their papa wrong by building a massive arcade. 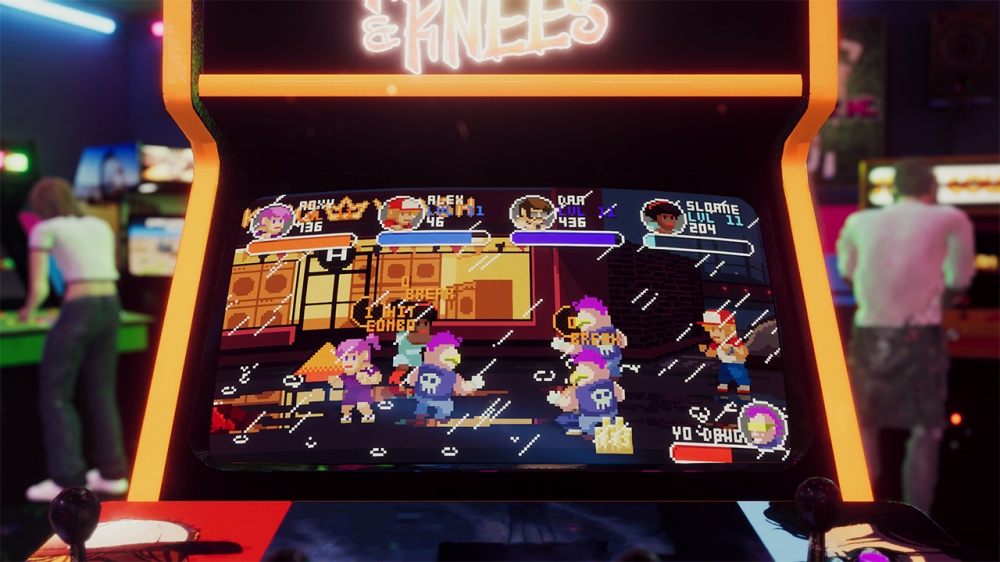 Initially, you’ll still have to do that laundry. It will help bring in the dollars, along with the arcade machines and rewards from doing your chores. You’ll use that money to buy new arcade machines and expand your laundromat. There are also other sub-goals you can do to earn British pounds from your father, which you can use to buy upgrades and various other goodies. Over time, the income from the arcade machines will handily outpace the laundry side of things. At that point, it becomes more of an arcade sim, with things like optimal placement, price per play, and difficulty levels all requiring your consideration. With certain new benchmarks reached, the story gets a little progress.

Oh, and all of those arcade games? They’re fully playable. They’re not all the most creative nor are they all winners, but there are some really fun ones in the bunch. Of course, if you spend too much time playing them and not doing your other work, the business will suffer. At the same time, playing them and completing various targets on each will increase their popularity, which will result in them bringing in more money. It’s up to you to decide what the best work/play balance is. I first started playing this game out of interest for these games-within-a-game, but I quickly got sucked into the sim elements. After a while, I started putting more time into the games and enjoying what they had to offer too. 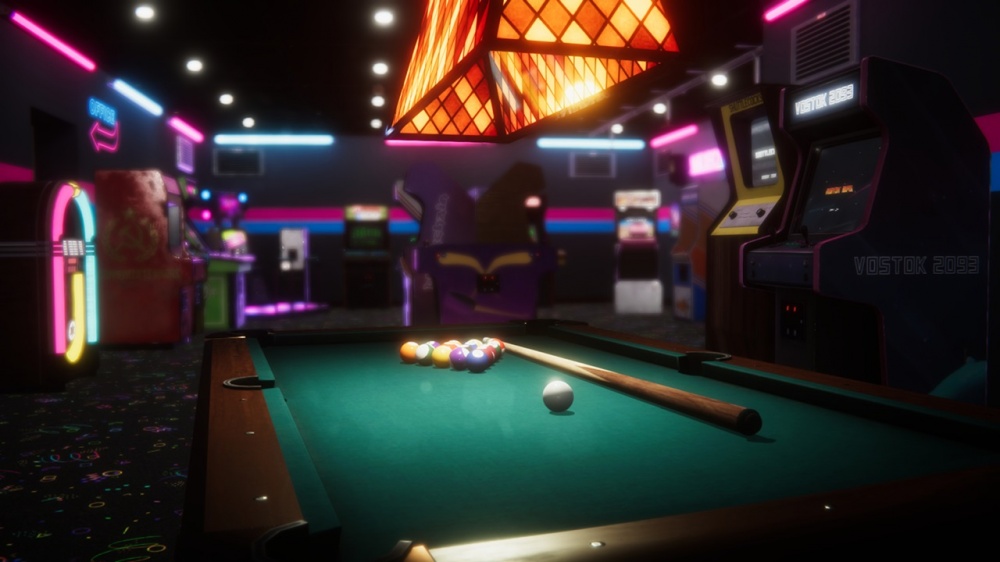 That said, it’s not all sunny. I had more than a handful of lock-ups while playing through the game, forcing me to close the game and restart it. You don’t lose much progress in such cases, but it’s still unfortunate. There are occasional hitches despite the game generally running well, and sometimes there were bits of trash that I couldn’t seem to pick up from any angle. The game can get a bit repetitive, especially with the little minigames required for certain tasks. And yes, some of those arcade games aren’t as fun as you might hope.

On the whole, Arcade Paradise is a fine game. If you like the premise, I suspect you will like the game a lot. It has a few flaws but nothing that really hurts the core appeal of the game, and I always find these sorts of “retro games that weren’t” affairs to be fascinating. It also does a great job of nailing its 1990s setting, with lots of little details that help pull you into its world. A unique, enjoyable sim that is very difficult to put down. 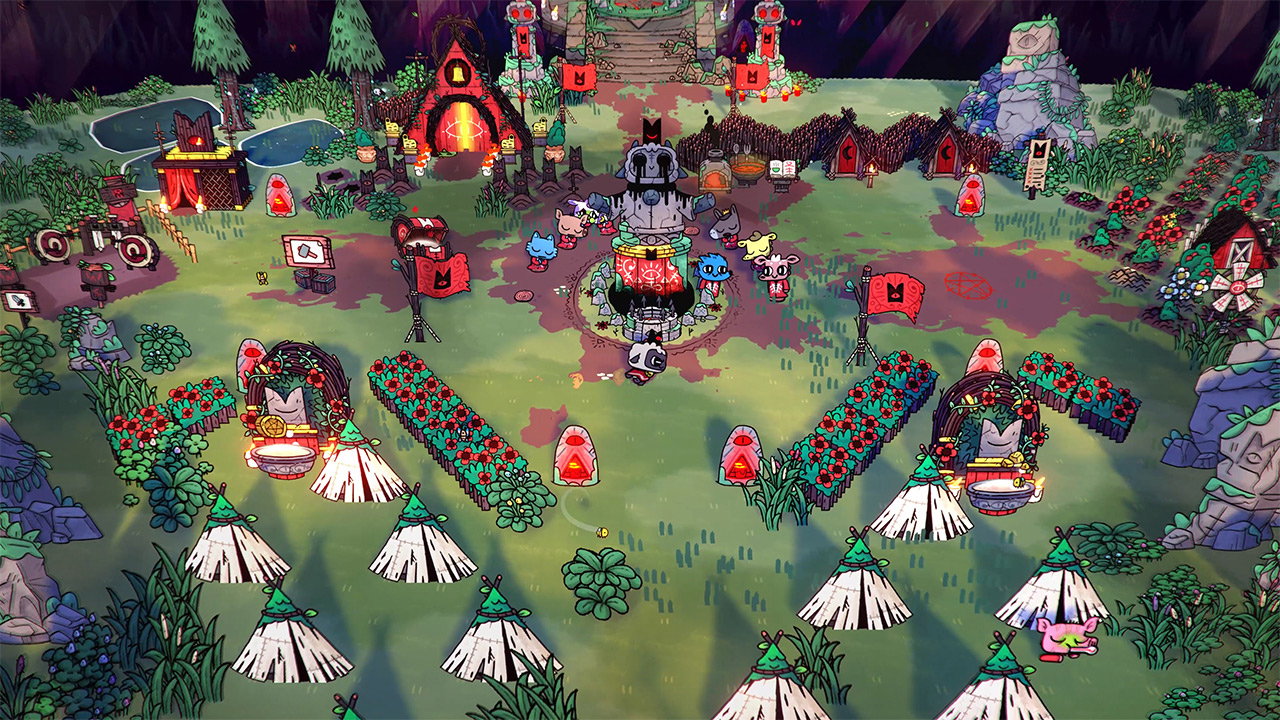 Honestly, I’m not sure if I should be reviewing this yet. I’m going to take the developers on faith (perhaps amusingly, given the subject matter) that they’re going to fix the rather buggy state of this game in a somewhat reasonable amount of time. Despite that, I am going to start this review by saying: yeah, this game has a lot of issues right now, at least on Switch. Some of them are performance-related things that I can live with, like things getting choppy when the action gets hot, or the long loading times in places. Some of them are annoying, like crashes or character behaviors not working properly. Some of them are literally game-stopping, like the “black fog” bug that can apparently occur at any time and put an end to your progress.

It’s a shame because the underlying game is borderline brilliant. Cult of the Lamb puts you in the role of a sacrificial lamb who gets ties up with a dark god and ends up starting a cult in its name. One side of the coin is a room-by-room roguelite action game that will likely feel familiar to just about anyone who has played a game in the genre before. Attack the monsters with your weapons and magic, grab whatever resources you can, and take advantage of temporary perks. Look for potential new followers while you’re at it to expand your cult. Ultimately, you’re looking to take down the four other gods binding your boss. 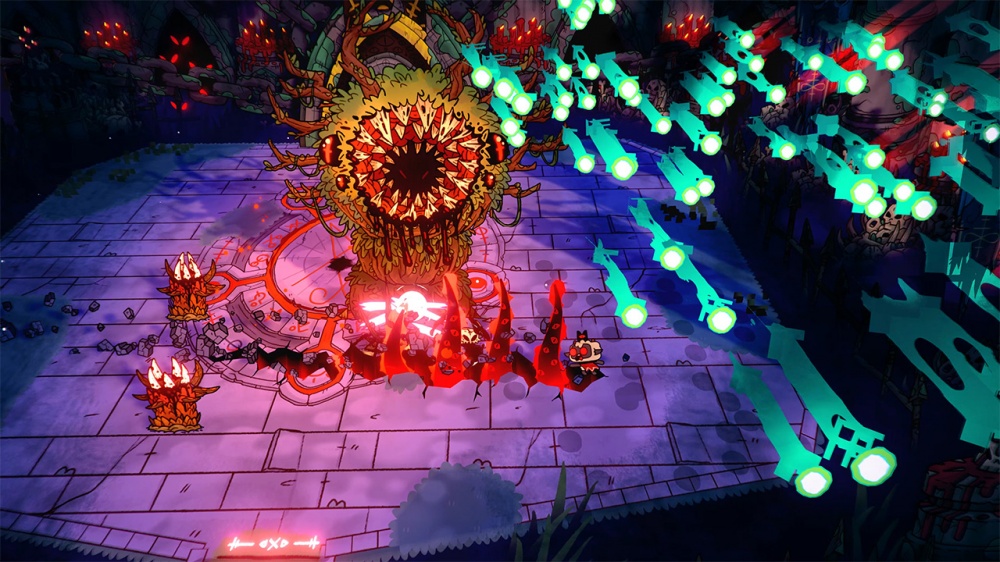 The other side of the coin is a survival-based cult simulator. Expand your cult, put everyone to work or have them worship, and try to get your hands on everything you need to keep everyone fed and happy lest they abandon ship. Sometimes you’ll have to make some hard decisions for the greater “good”, but the more I played the more okay I was with some awfully reprehensible behavior by my lamb. Everything is presented in a silly enough way that it doesn’t feel too dark, but it certainly has some things to say about cults, religions, and and perhaps even society as a whole. But it also gives you the option to make people eat poop, so you really get the whole package here.

While the game is a bit challenging during the early hours while you’re trying to find your feet, it’s not as difficult as many of its peers in either genre. Indeed, it hits a point where it can get rather breezy due to how easy it is to gather devotion points and use them to give yourself some serious advantages. And that’s fine. They don’t all have to be super-tough. There will probably be some who feel its story goes too far, or not far enough, but it’s generally more interested in its gameplay and moment-to-moment happenings than the broader lore and I think that works for it. I just wish it didn’t have so many technical issues so I could offer up a more enthusiastic recommendation. 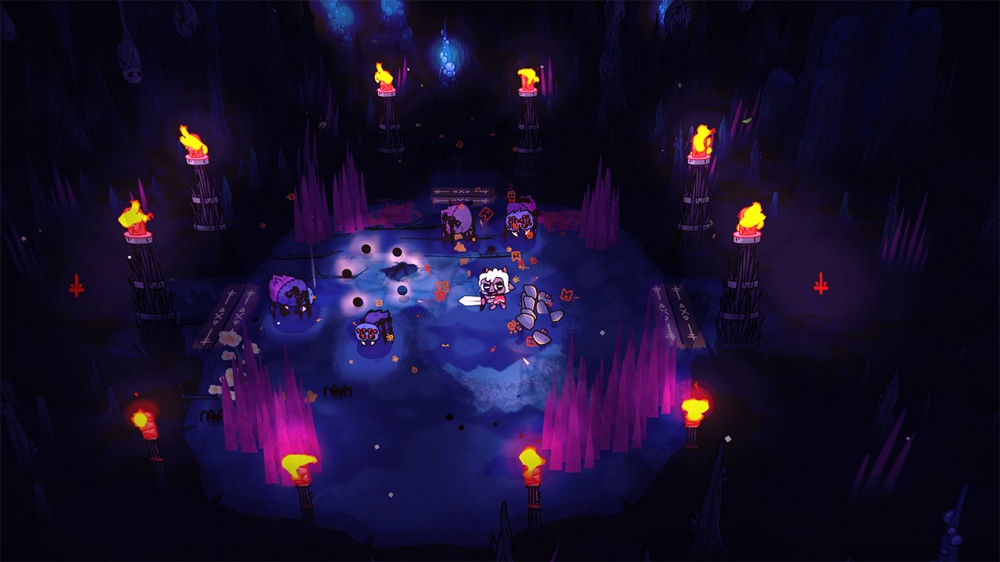 Were it not so buggy, I would be giving Cult of the Lamb some of my highest praise. It’s weird in a lot of interesting ways, fun to play, and has some sharp ideas. It can make you laugh, it can make you think, and it will sometimes force you to make tough choices. I’m not sure what the state of the game is on other platforms, but right here and right now this Switch version has everything from little problems to the biggest issue of them all, so despite the enjoyment I got from the game I can’t recommend it with much vigor until some serious patches have been delivered. 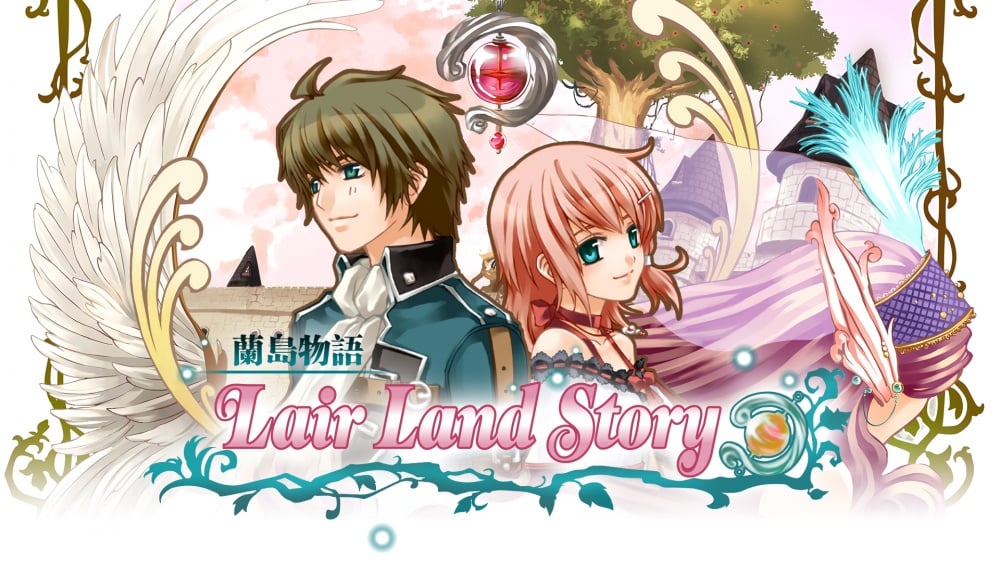 The heroine has saved a city from evil, but in the aftermath she seems to have forgotten just about everything, including how to use her powers. It’s up to you to spend the next few years helping her rebuild herself in this Princess Maker-ish simulation game. You’ll help raise the heroine, uncover her past, and prepare her for the evil that still lurks in the shadows. You’ll also have to help rebuild the city, and if there is any time left to spare, maybe develop your own personal life as well. This seems like a promising entry in a genre that rarely sees new titles released. 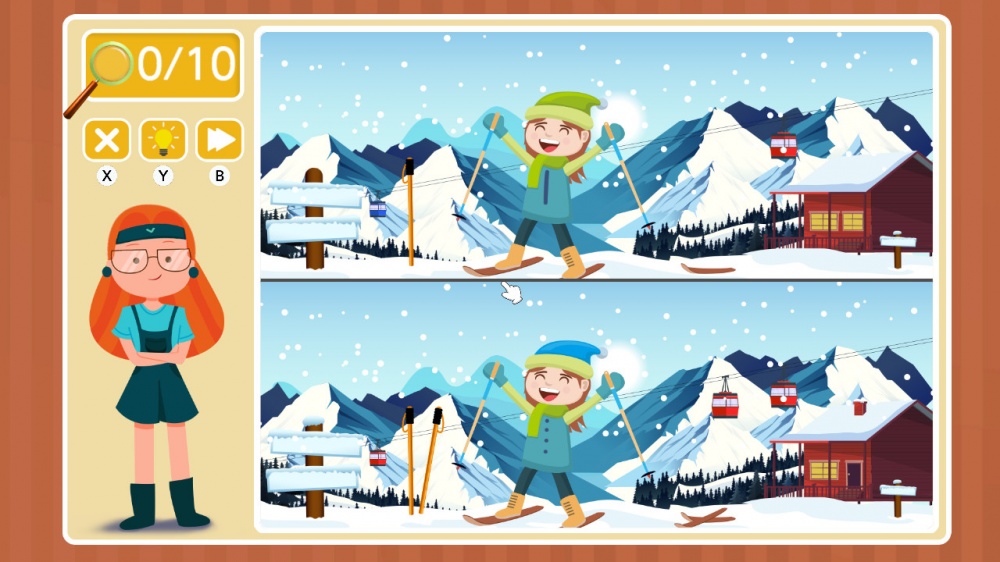 Another Viki Spotter game. Find the differences between the two pictures, this time with a sports theme. There will be another one of these in a week or two. 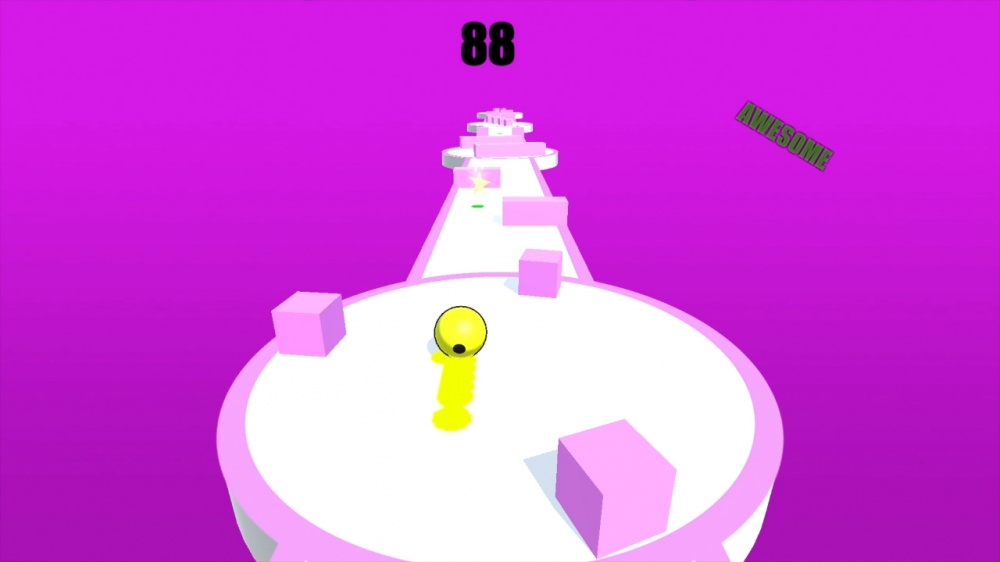 A very simple game where you guide a ball down a narrow patch, picking up doodads for points and trying to reach the goal. You can pick up an extra item to activate a Frenzy mode that allows you to smash through obstacles. You’ve probably seen or even played something like this before. It’s a buck.

Ubisoft, 2K Games, and EA are running some sales again. Nothing too unusual there, but the games are generally pretty good. There are also some Star Wars games and a few odds and ends like Supaplex Squares and LOUD on sale. In the outbox, the QuakeCon sales are coming to an end. Grab them if you want them. Take a look through both lists as usual, as I may have missed something you might really like. 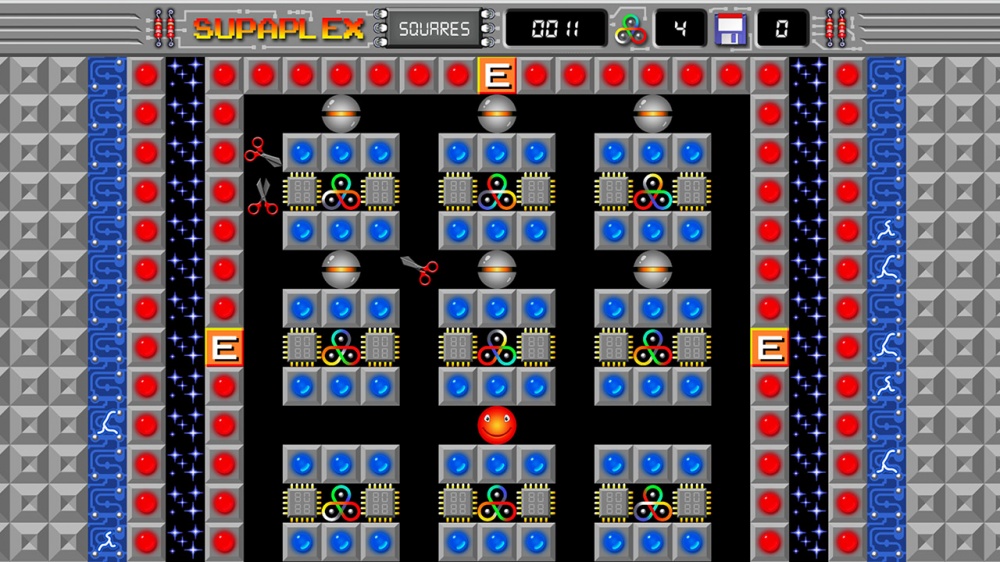 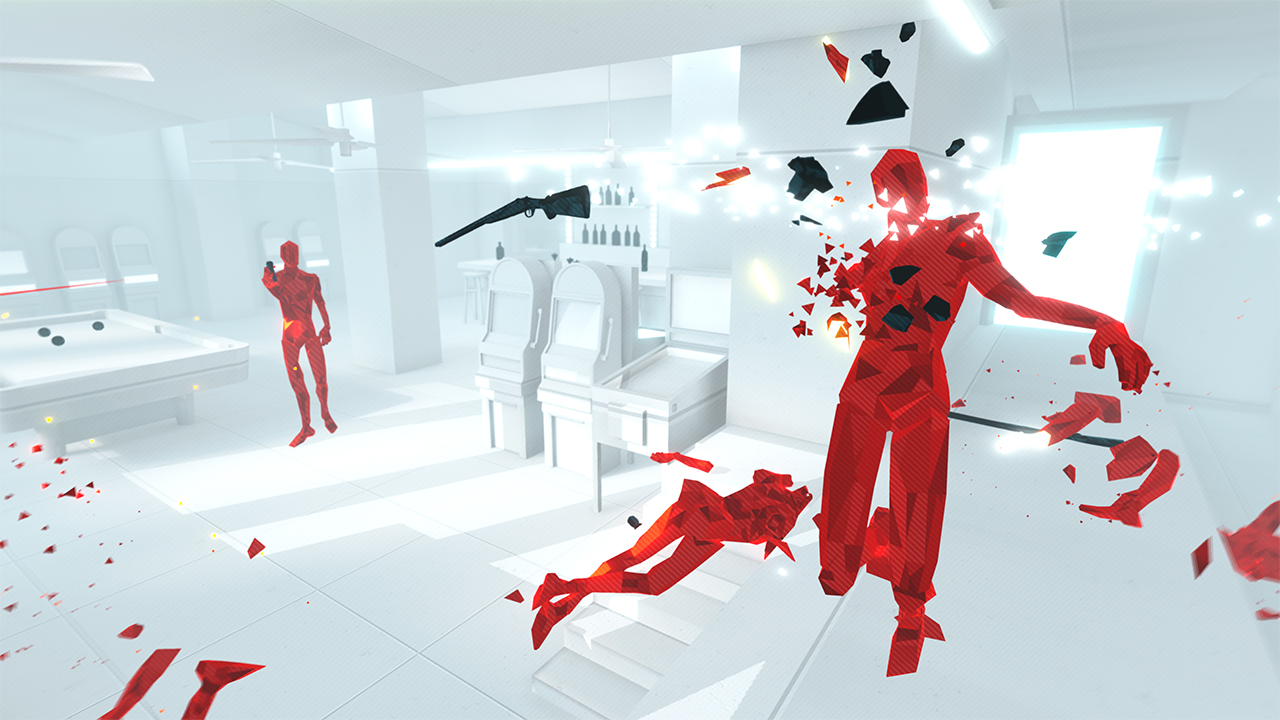 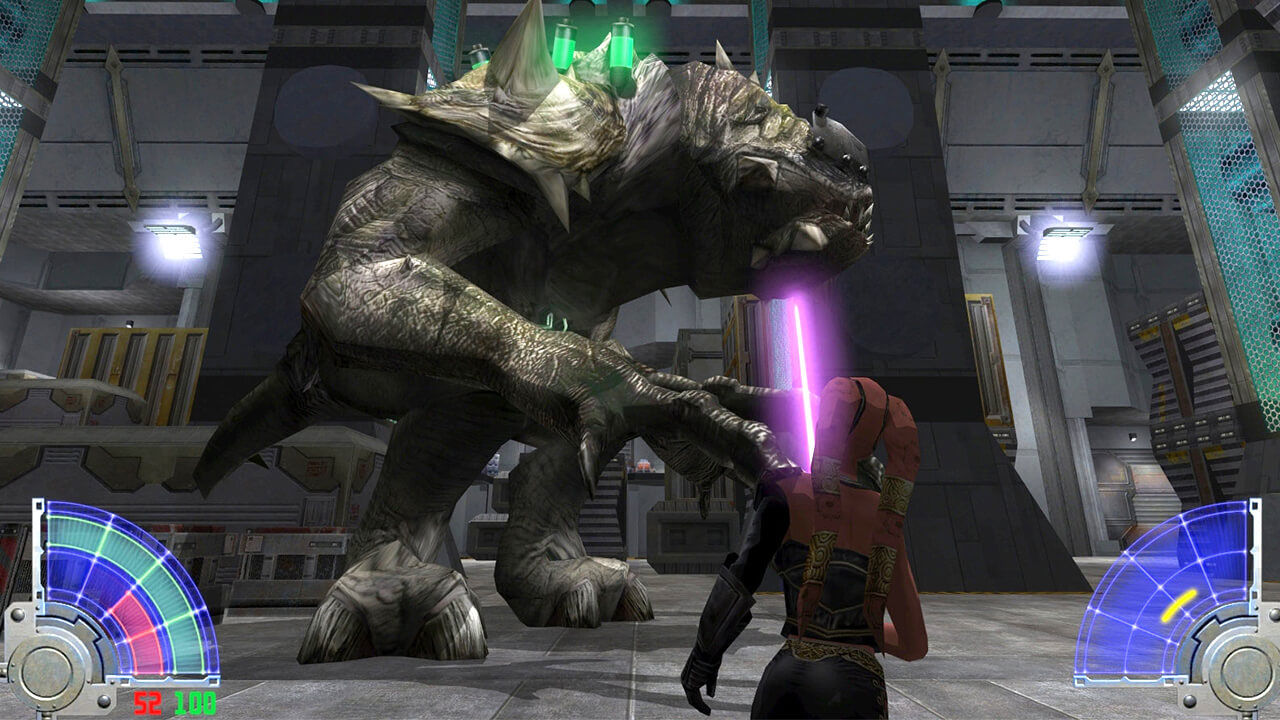 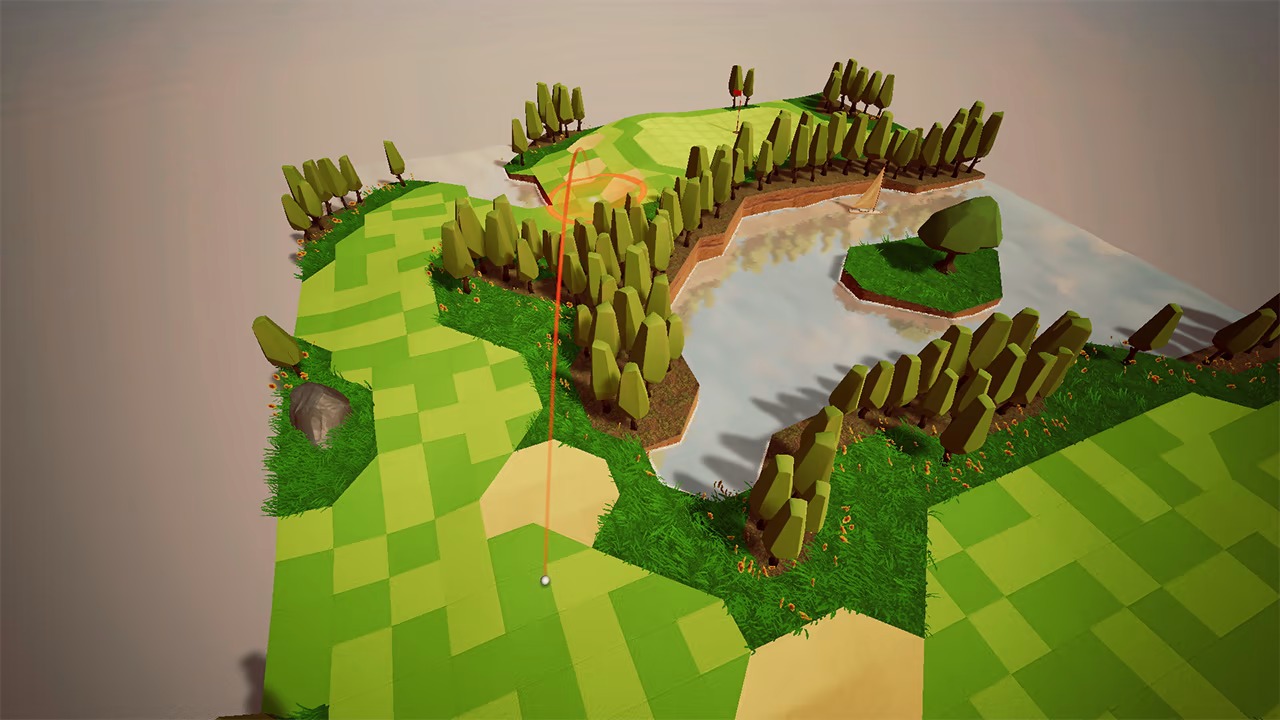 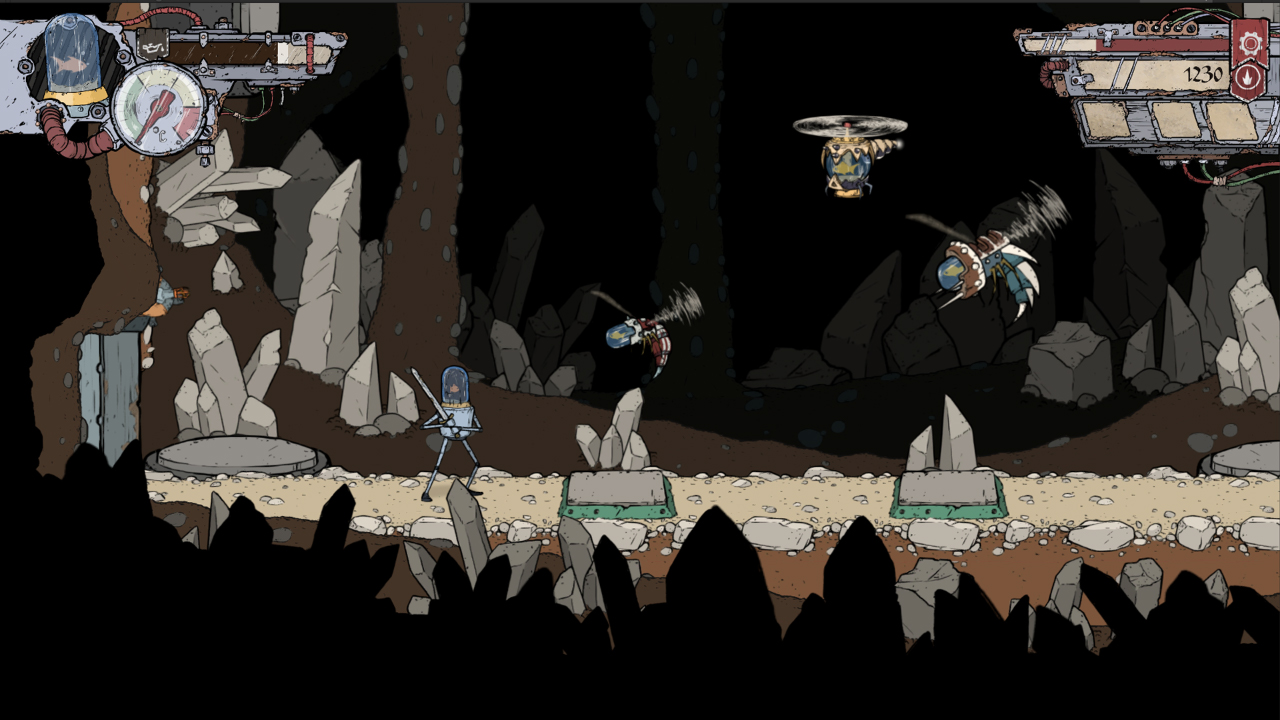 That’s all for today, friends. We’ll be back tomorrow with a couple more reviews, some new releases, more sales, and perhaps some news. There are an awful lot of unexpectedly decent games coming out lately, and I don’t mind that one bit. I hope you all have a marvelous Monday, and as always, thanks for reading!