Hello gentle readers, and welcome to the SwitchArcade Round-Up for September 2nd, 2022. It’s Friday, and we’ve got a ton of new games to check out to close out the week. A few of them are good, many of them are not. Such is the nature of things. We’ve got summaries of all of them, plus the usual lists of new and expiring sales. Let’s get into the main course!

JoJo’s Bizarre Adventure: All-Star Battle returns with a whole bunch of cool new goodies, including ten new characters to play. The original version of this 3D fighter was very popular with JoJo fans when it released back in 2013/2014, and I imagine this updated take is going to be just as well-received. The roster now includes a whopping fifty-one characters from the series, and four more will be coming via a Season Pass. It really does the license justice and is an easy pick-up for JoJo fans.

Made in Abyss: Binary Star Falling into Darkness ($59.99) 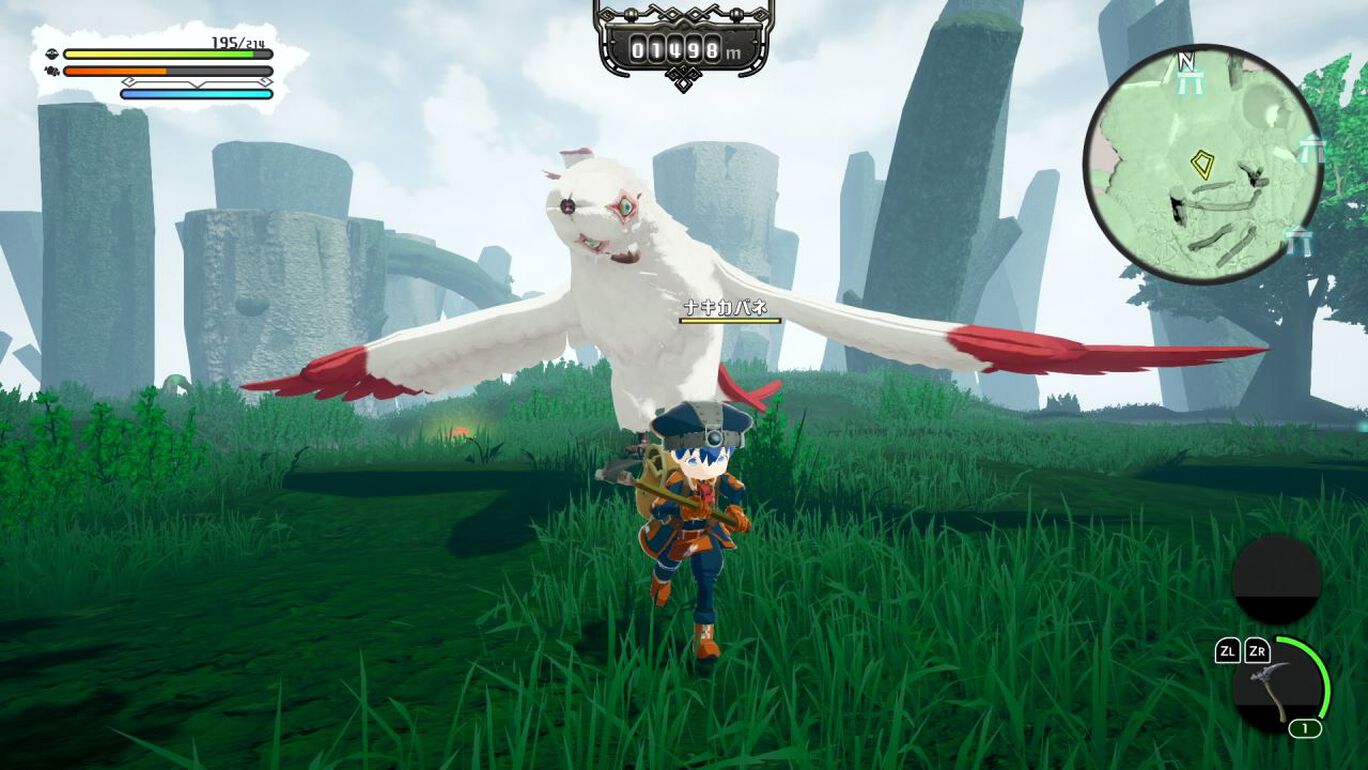 Regrettably, I am not overly familiar with Made in Abyss. But if you are, you might be glad to see this popular series finally get a game. It’s an action-RPG featuring two different game modes to play. In Hello Abyss mode, you’ll follow the story of the anime as you play. If you want something fresh, Deep in Abyss mode gives you a completely original story supervised by the manga’s creator, Akihito Tsukushi. I haven’t had a chance to play this one yet, but it looks rather interesting. 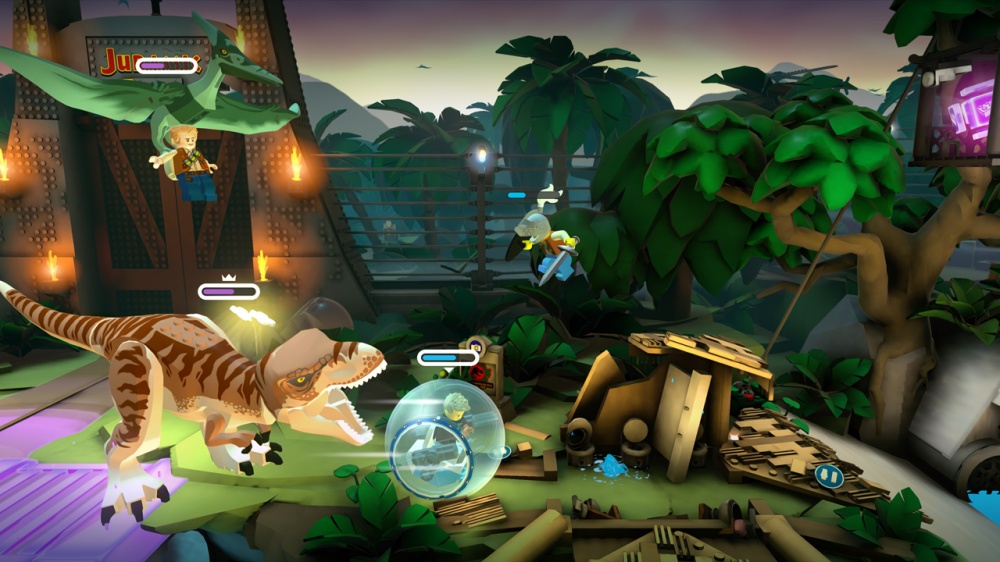 The popular Apple Arcade brawler comes to consoles, bringing wild action for one to eight players both in local multiplayer and online multiplayer. LEGO Minifigs from across the history of the brand are here to duke it out and see who is the baron of bricks. You can customize your fighter and play in a variety of modes, testing yourself against other players and the online leaderboards. Would I pay forty bucks for this rather than just playing it on Apple Arcade? I guess if I wanted to play with my friends or family on the big TV or something, maybe. It’s a decent game but that price is enough to make one think twice. 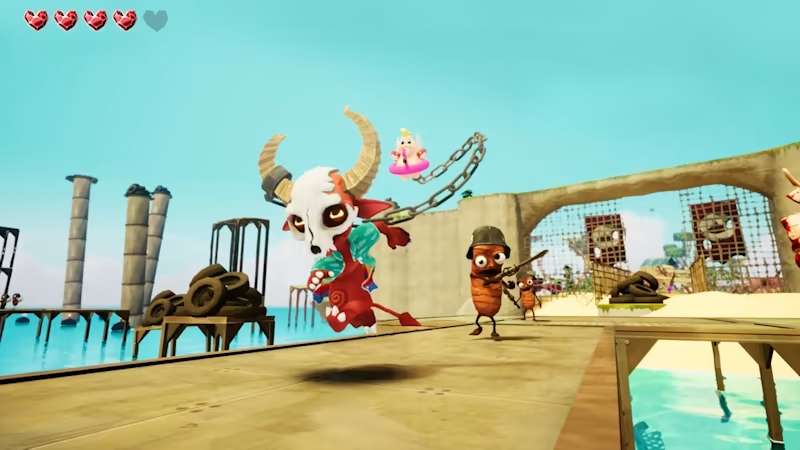 This is a 3D platformer that opts for plenty of gross-out humor. You play as Nate, the demon of bad taste, who is tasked with making the devil’s birthday pie. A good pie needs good ingredients, so Nate heads out into the underworld to procure what he needs for his special recipe. He’s accompanied by his pet angel who can be used as a weapon or a handy grappling point, and he can get his hands on new horns that will grant him new abilities. I’ll have a review of this one soon. It seems neither egregiously bad nor egregiously good so far. 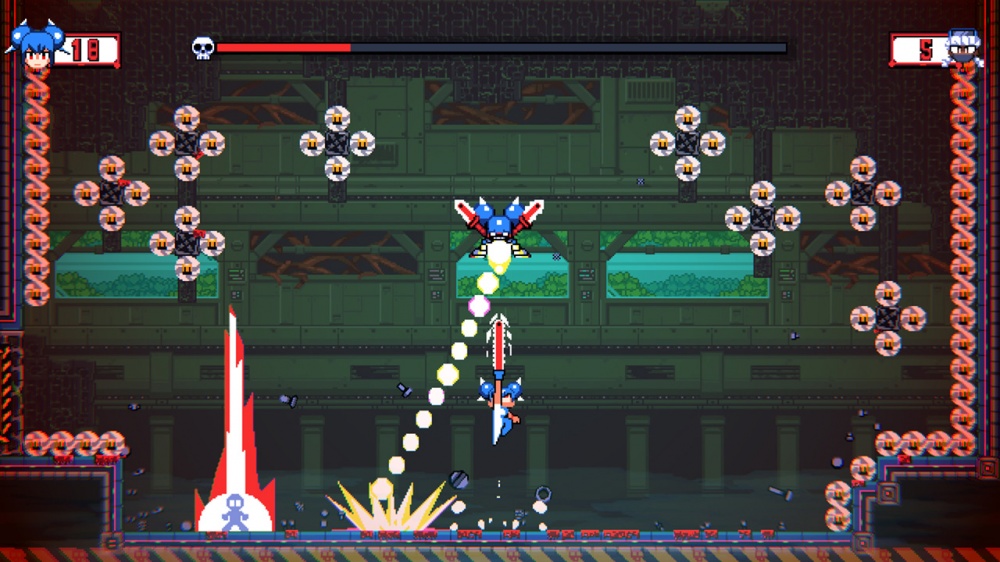 A side-scrolling action game with roguelite elements such as semi-randomized stages and upgrades. You have to defeat the evil aliens that are attacking and gather up their energy sources. There are several characters to choose from, each with their own abilities. You can play alone or pull in a friend to help out in local co-op multiplayer. I really dig the character sprites and the music is a bop too. Not a bad little game for what it is. 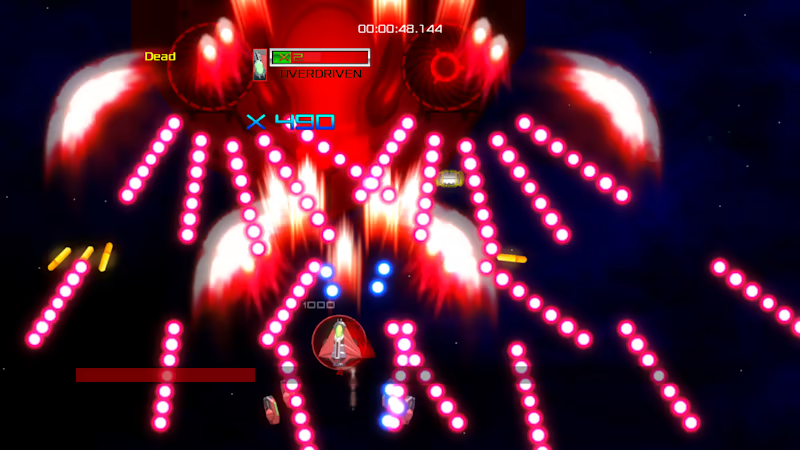 It’s important to be aware of one’s own biases, friends. Here is one of mine: I’m not really fond of vertical shooters that fill the screen in “landscape” orientation. I feel very cramped when I play them, and I know that doesn’t make much sense. Anyway, Overdriven Evolution is a perfectly fine-looking vertical shooter with all those bullet hell elements fans of the genre like. You can play alone or pull in some friends for four-player local co-op multiplayer. There are different ships to choose from, lots of secrets to find, and several modes to play. It features local leaderboards, but sadly no online ones. I don’t know. It just doesn’t do it for me, but you very well may feel differently about it. 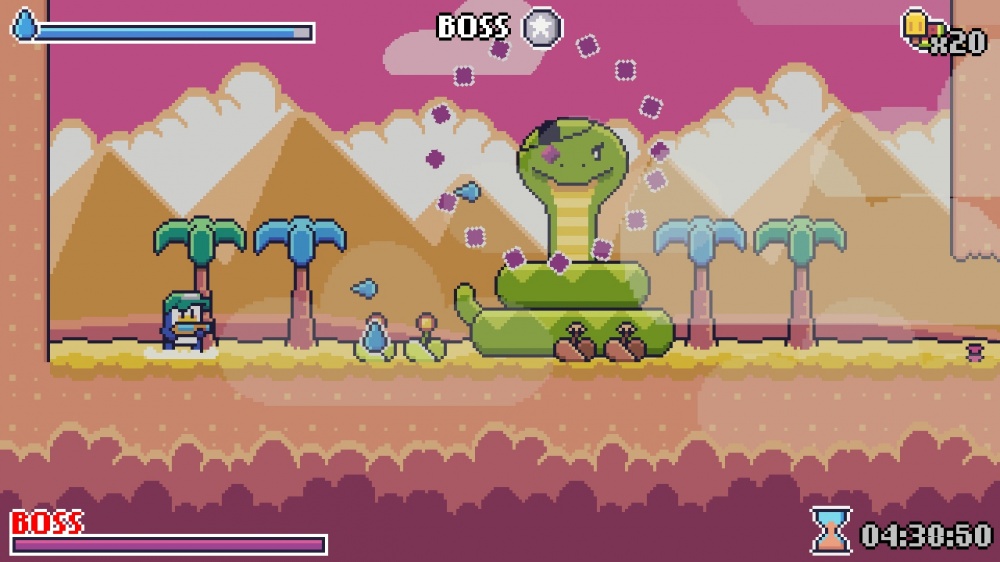 Absolute five-dollar Switch platformer energy, and I am here for it. You play as a completely adorable penguin named Sunny as he battles pirates who are building a robot army to take over an island. There are five different worlds to play, and you can choose which order you tackle the levels in. Look at the boss in that screenshot. That is a pirate snake. Your honor, I rest my case. 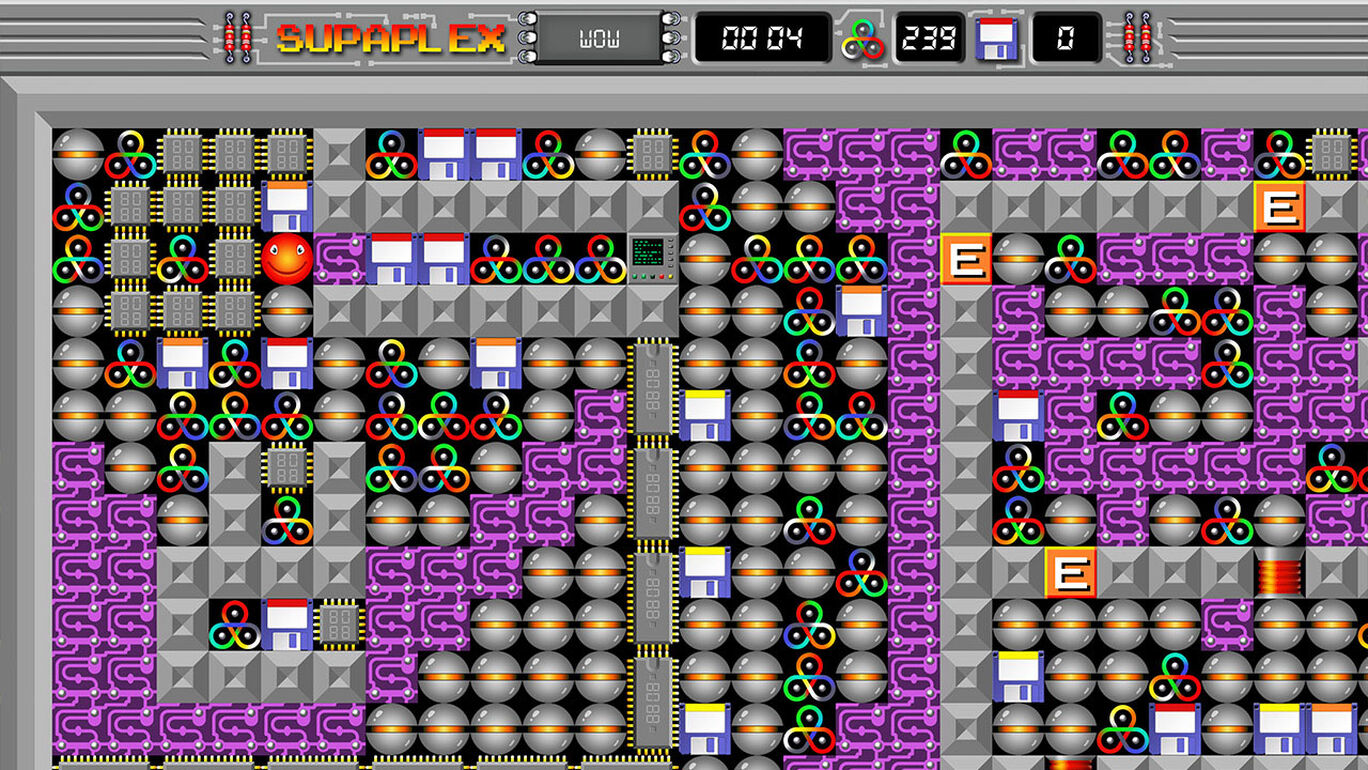 Well, it’s sixty more Supaplex levels, this time aimed at more experienced players. You’re getting fewer levels in this pack than usual and paying more, so I’m assuming each individual level takes more to finish. Someone out there must be eating these up, but I’m already burnt out. 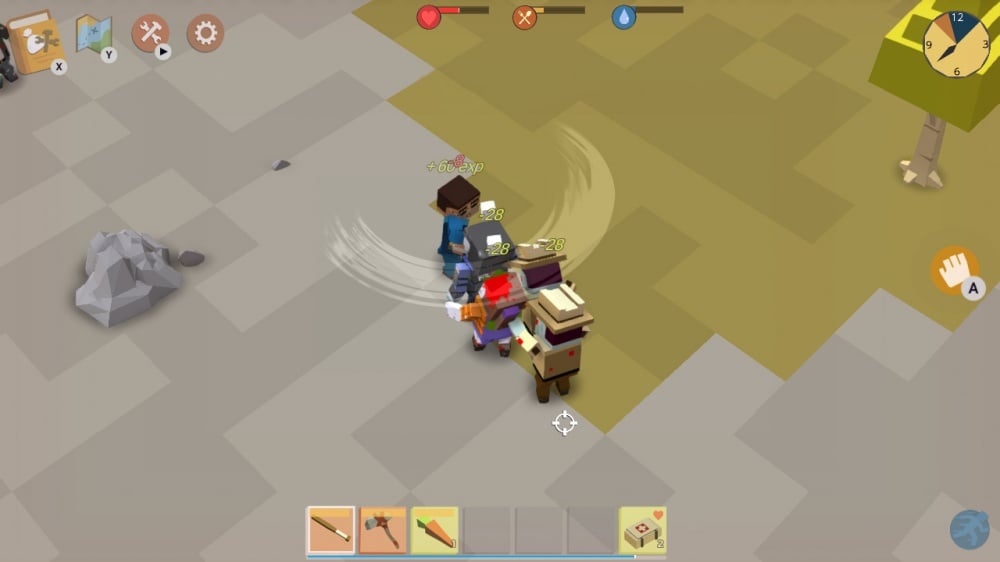 An incredibly basic zombie survival game. There’s been some sort of zombie virus outbreak on your plane which led to a crash of which you are the only uninfected survivor. But hey, it turns out that virus hit more than just a plane, as the whole world is zombie heaven. You get the usual crafting and building mechanics, plus some clunky combat. Really not my kind of thing at all. 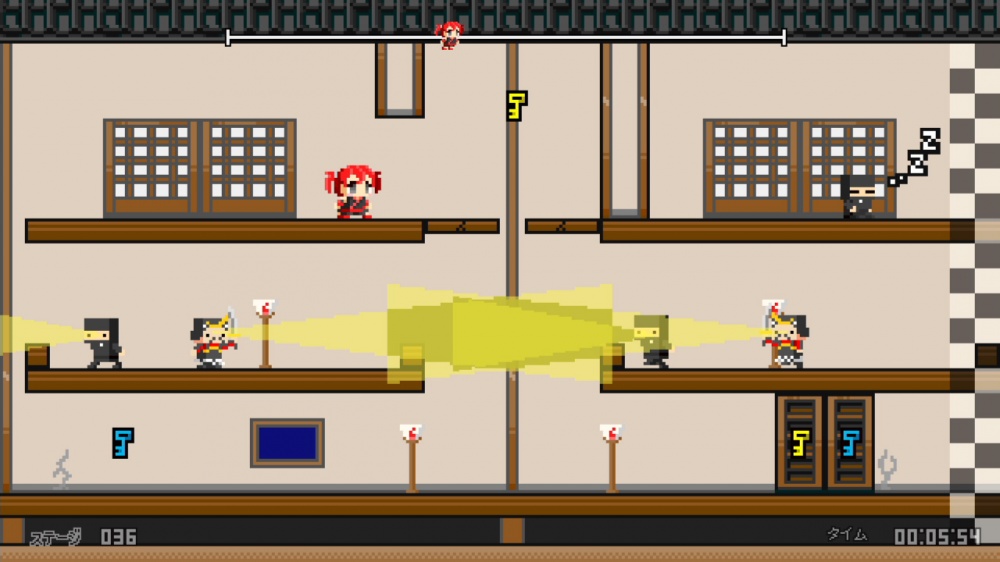 This is a 100-stage game where you have to try to sneak your way through each level without being detected. Up to four players can join in via local multiplayer, and I’d imagine that would be something akin to a hoot. Or a total disaster. Either way, probably quite fun. 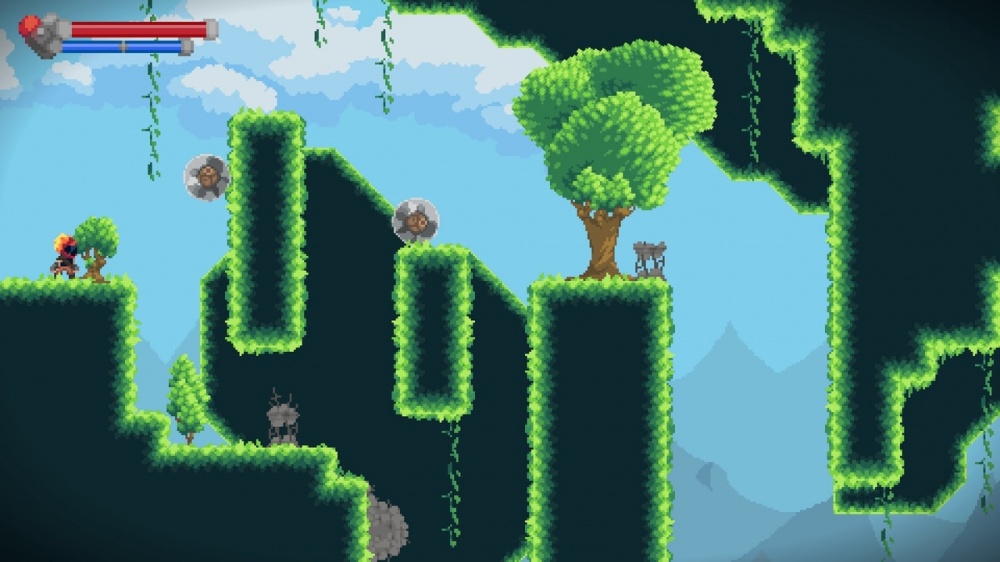 See, I see this game is from Weakfish Studio, and that it doesn’t have support for TV mode but does have support for Tabletop mode and Handheld mode. And I just don’t know what to make of that. This is one of those challenging parkour-style platformers, and that feels like a hard thing to get completely wrong, but not impossible. I’m not going to take a chance on this one, friends. Sorry. But if you do, please let us know how it goes. 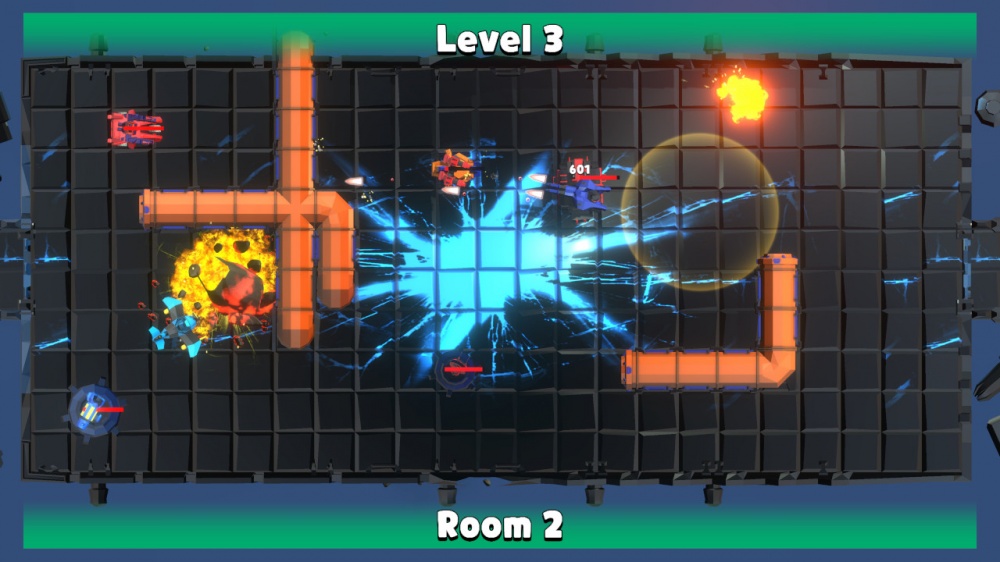 Pix Arts has a new game for us today, and it’s just your average, ordinary Atari Combat-style tank game with a new theme slapped on top of it. Single-player only. 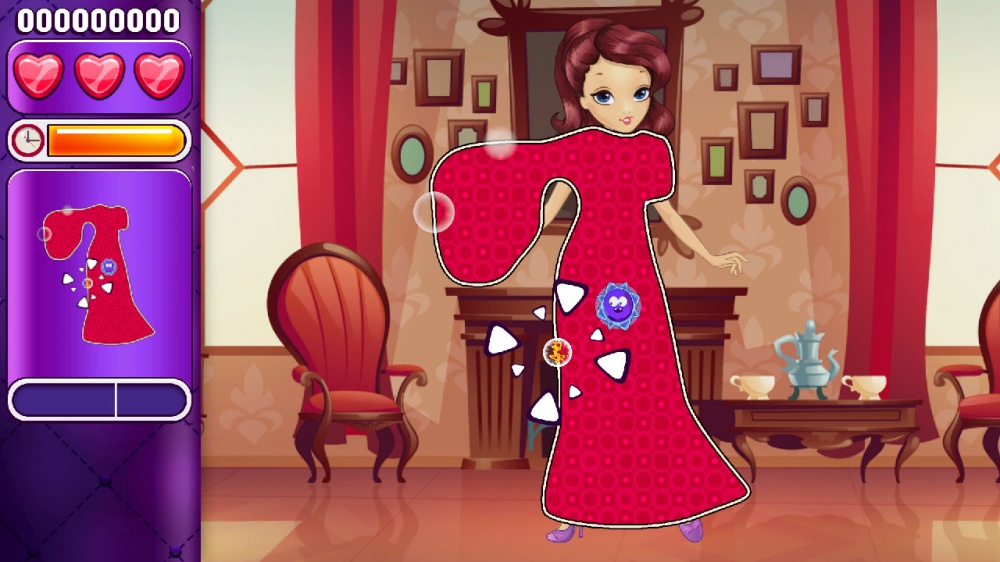 A few weeks back, a game called Fashion Girls came out. This is more or less the same game with some new visuals and a new theme. A twist on Taito’s classic QIX, you have to reveal the fashionable clothes on what I suppose are meant to be princesses in 80 levels. You can buy QIX cheaper than this, but I can see how the theme might appeal to some folks here. 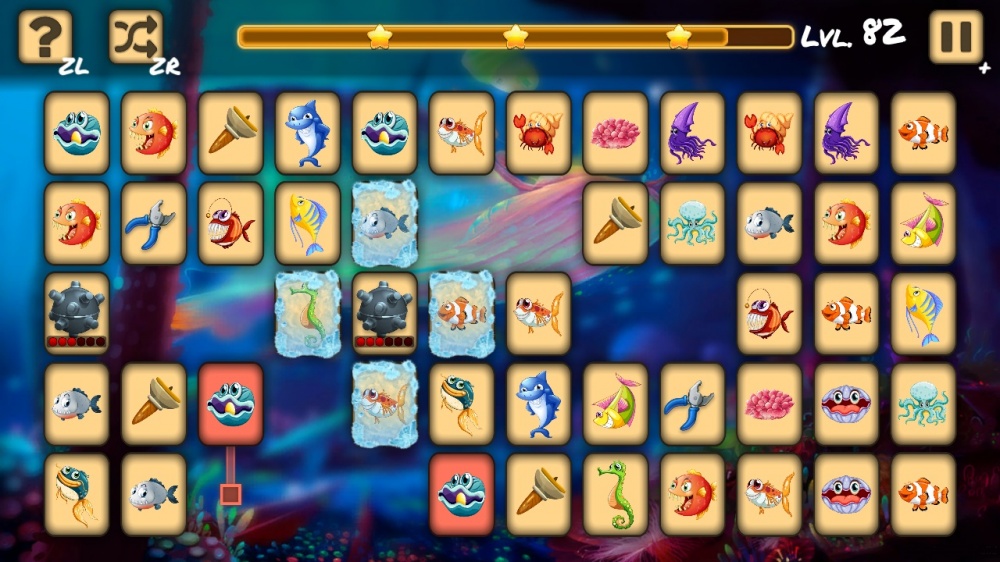 This is even simpler than the name suggests. All you’re doing is looking for pairs of pictures and removing them, trying to clear the field before the timer runs out. They’re not piled up or anything either. Just find the matching pairs. There are a couple of gimmicks to keep it from being too dull, but I sure wouldn’t spend ten bucks on this. 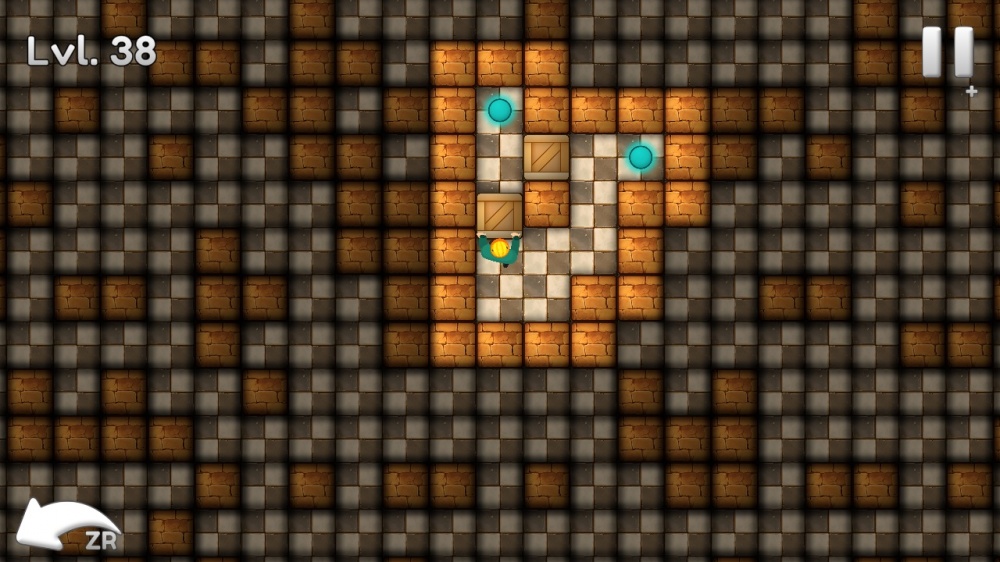 Yes, that name checks out. You get 200 levels of Sokoban-style block-pushing puzzles. Push the crates to the target locations without getting them stuck. No frills or extras whatsoever. 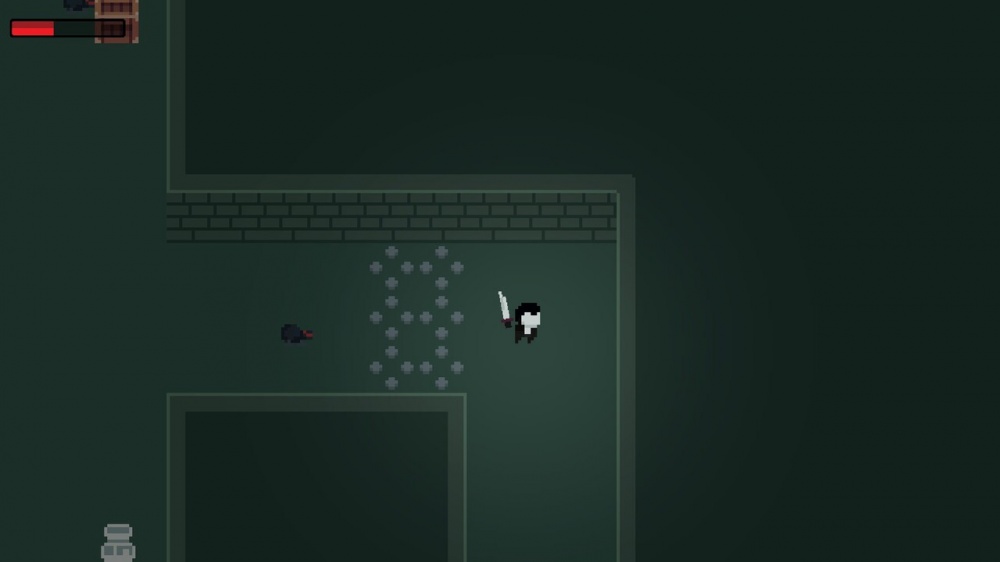 A whole dollar, eh? Weakfish Studio again. This time the game supports TV mode and Handheld mode, but not Tabletop mode. Again I must ask how that works? Anyway, it’s a basic top-down dungeon game where you need to suck the blood of your enemies to keep from starving to death. It’s a buck. 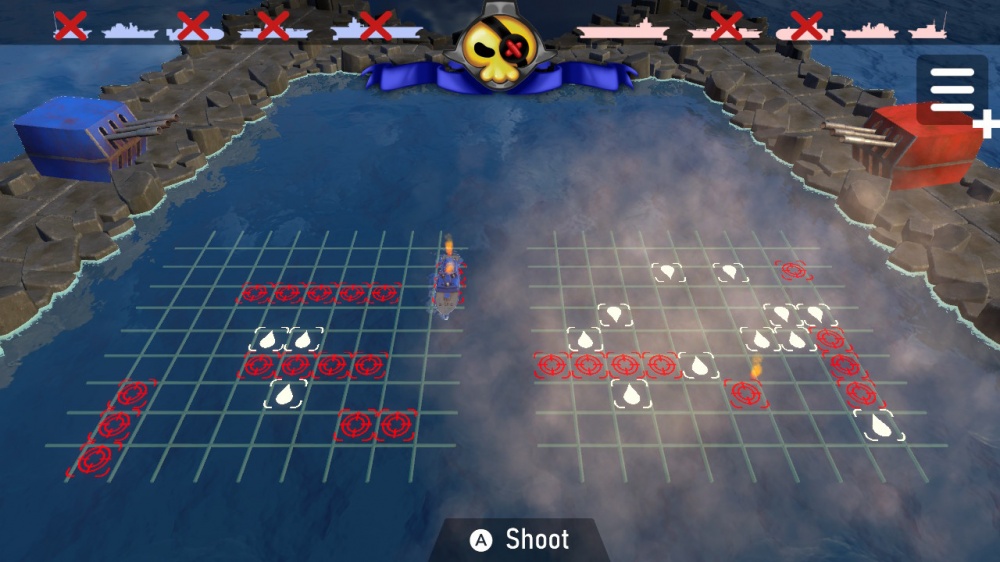 Cooking & Publishing’s latest “effort” is essentially Hasbro’s Battleship. If I’m understanding it correctly, you can only play it with two players, and it has to be local. You don’t even get a CPU opponent to play with. There’s a pretty decent official Battleship game on Switch that you can get for around ten bucks during one of its frequent sales. Buy that instead.

First I will note that there are hundreds of other games on sale besides these. Almost all of them are either near-weekly in terms of how frequently they go on sale or are just not worth caring about in my opinion. This is a harshly curated list today. I don’t have any particular recommendations from it, but I think it’s short enough for you to go through on your own. As for the weekend outbox, Limited Run Games is ending their latest sale. They don’t have them as often as they used to, and I’m not sure what is going to happen now that they have been Embraced. You may want to pick up the games now, or see what happens in the future. But it is never a bad day to buy The House in Fata Morgana. 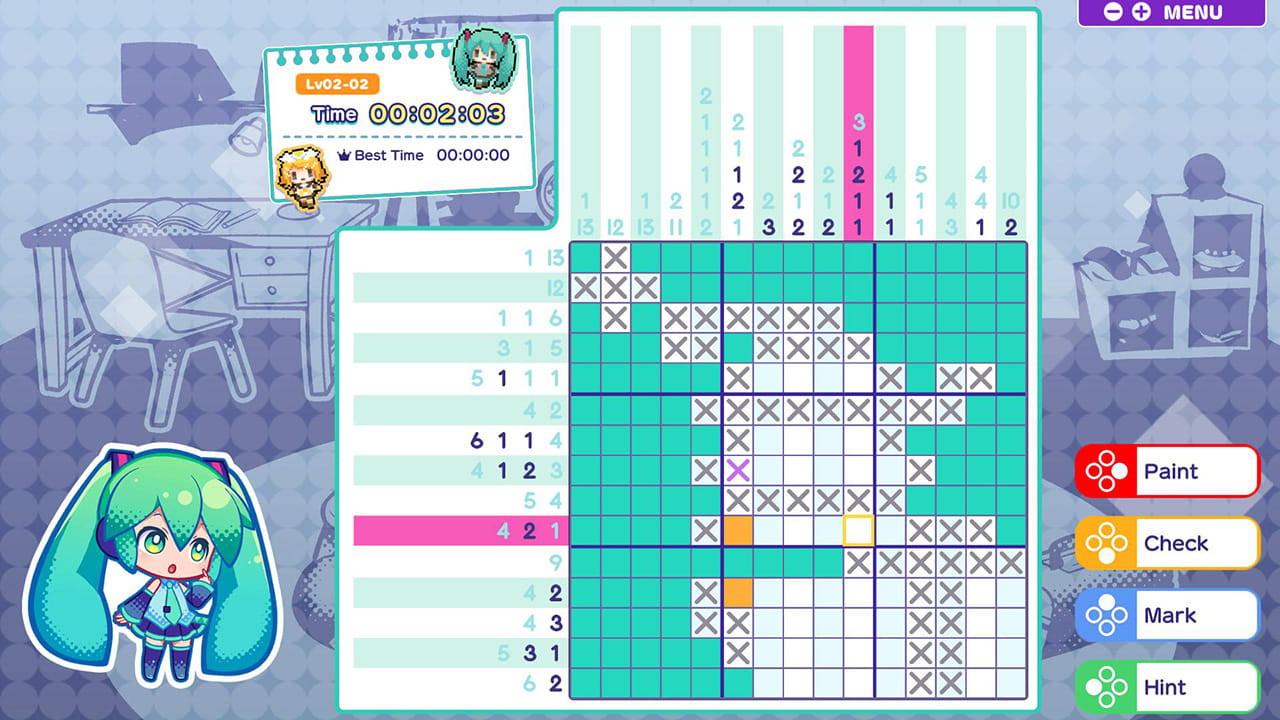 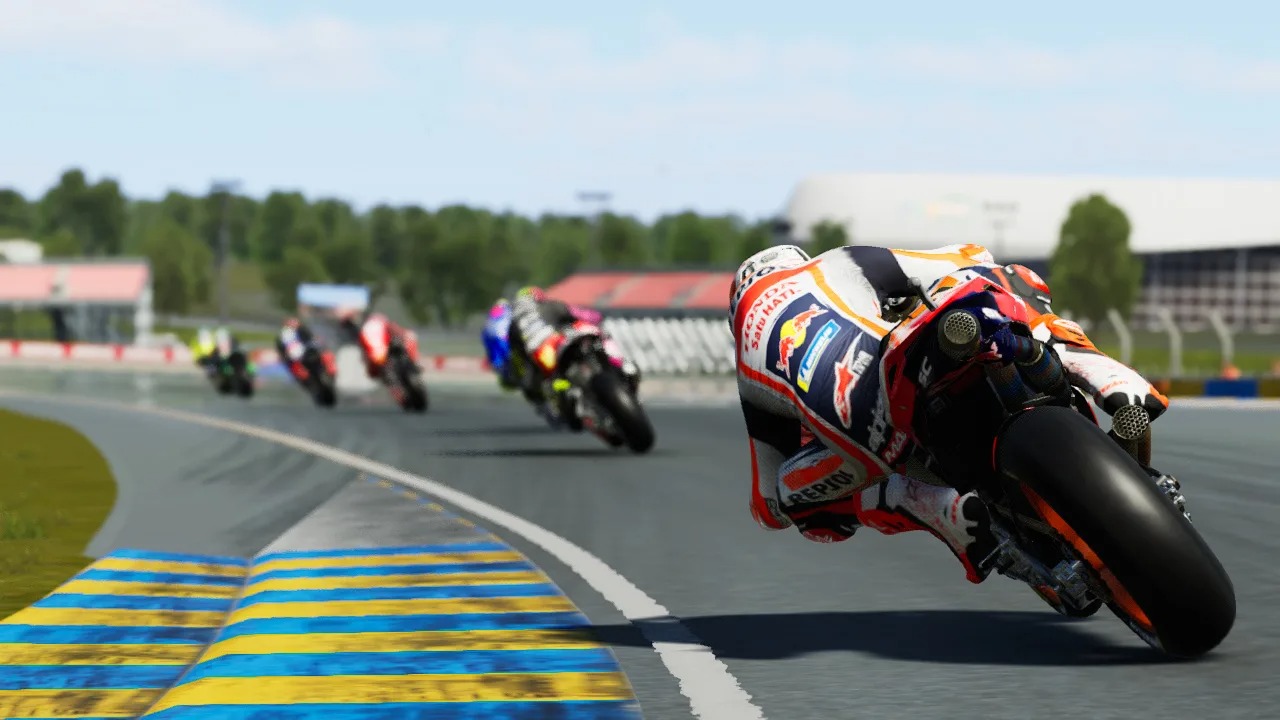 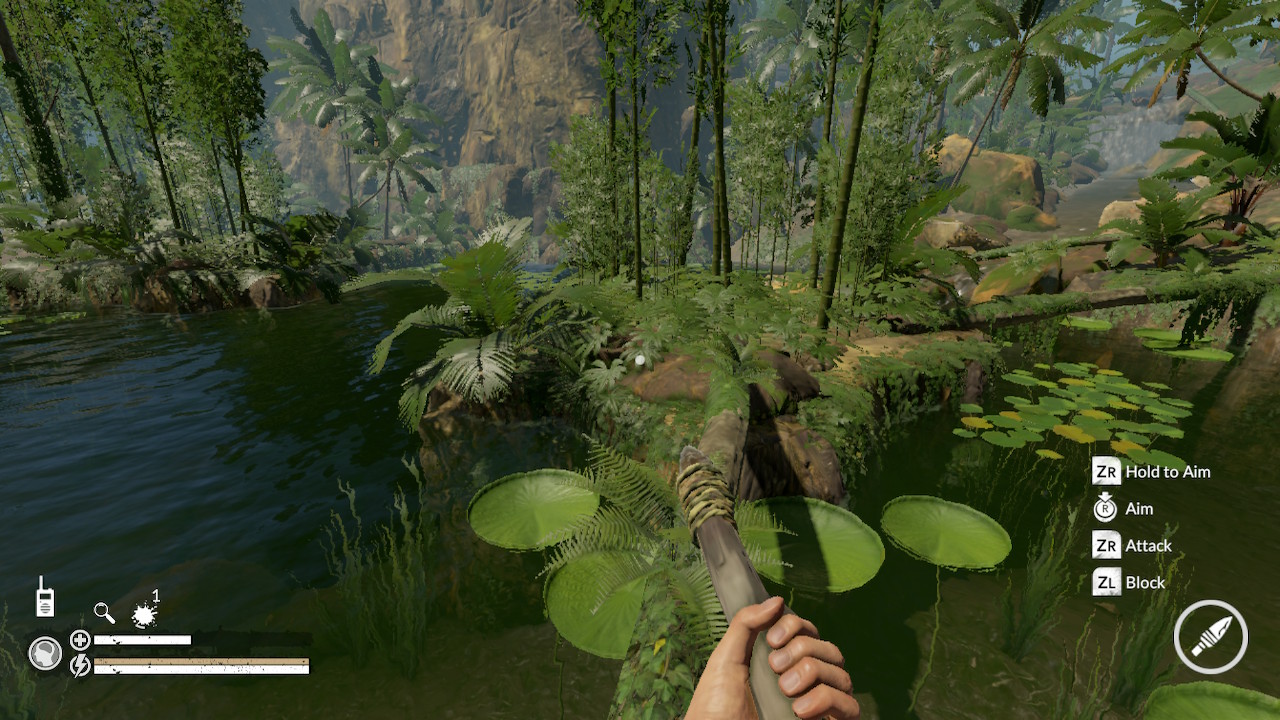 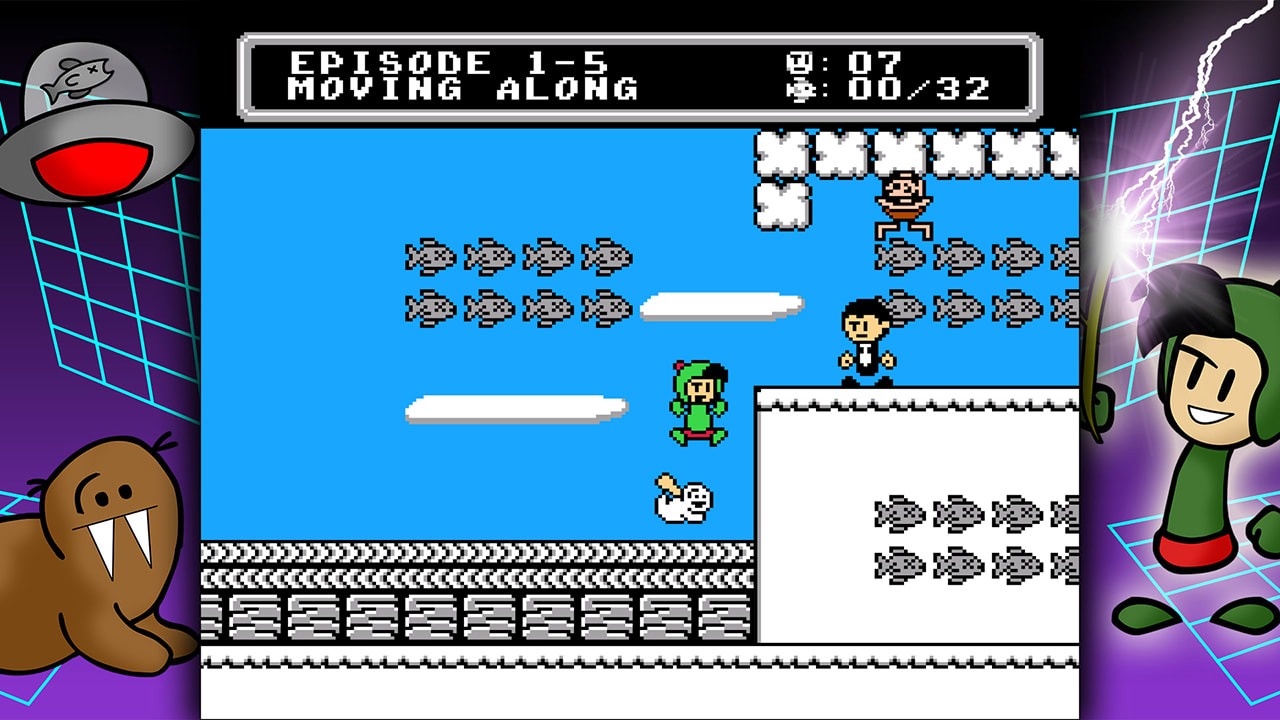 That’s all for today and this week, friends. We’ll be back next week with more new games, more sales, more reviews, some news, and a bit of sass. Maybe a lot. Wow, Splatoon 3 is next week, isn’t it? Guess I’d better start stretching. I hope you all have a great weekend, and as always, thanks for reading!