Skip to content
ASNF 2 years ago 5 min read
Season Five is incoming fast and with it comes a hefty serving of new free...

Season Five is incoming fast and with it comes a hefty serving of new free content, like five new Multiplayer maps, the Flamethrower Scorestreak, new Warzone and Zombies Perks, and a brand-new mode: Double Agent. We can’t wait for you to play this one. Prepare for sabotage and deception at its finest.

The next step of Perseus’ plan is finally in play as the Numbers Program gets broadcast to field agents around the world, on both sides of the conflict. The mind-altering message affects all but the most resilient Operators, turning former allies into sudden enemies. 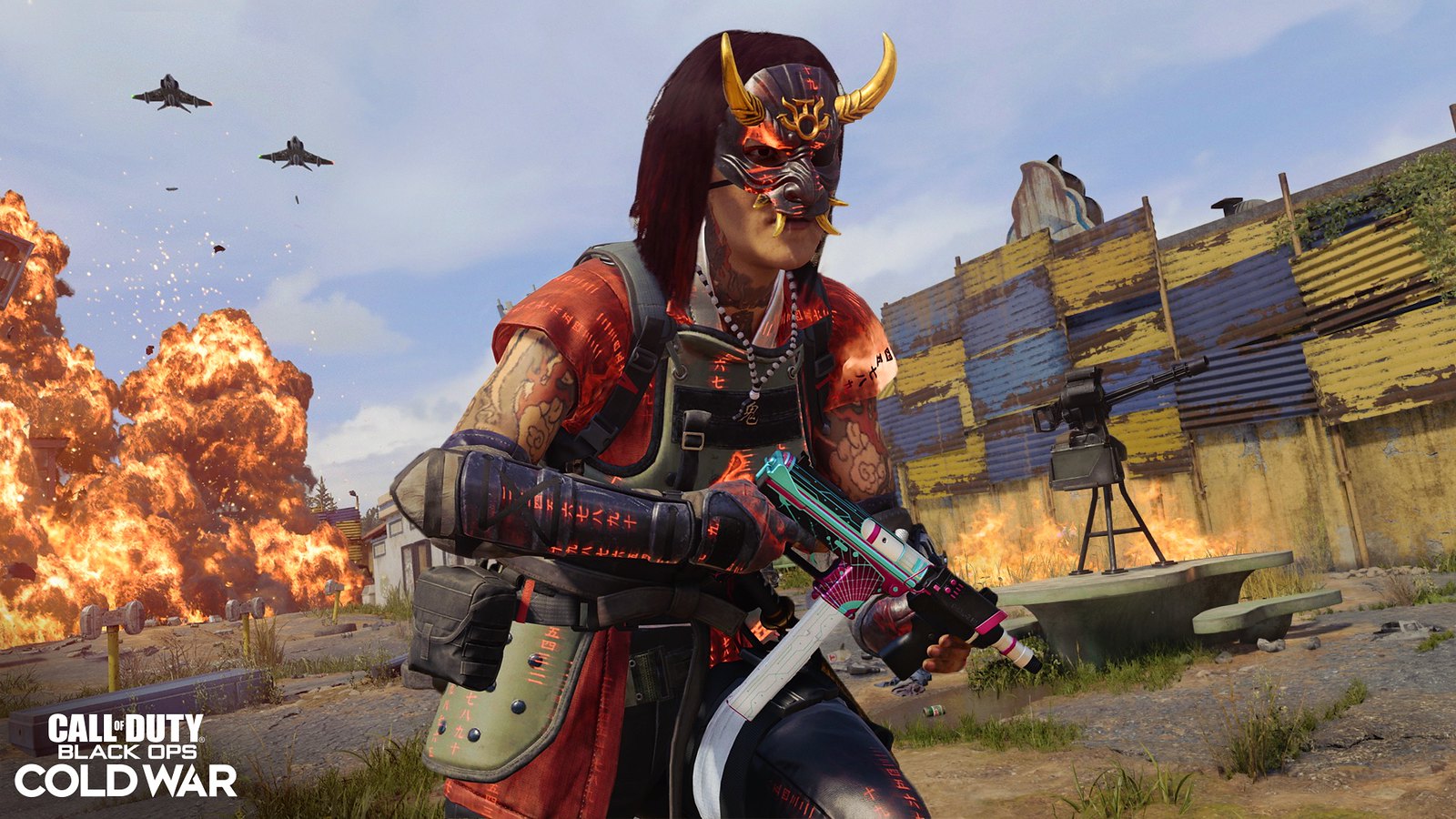 Season Five of Call of Duty: Black Ops Cold War and Call of Duty: Warzone arrives on PlayStation on August 12. Here’s what you need to know: 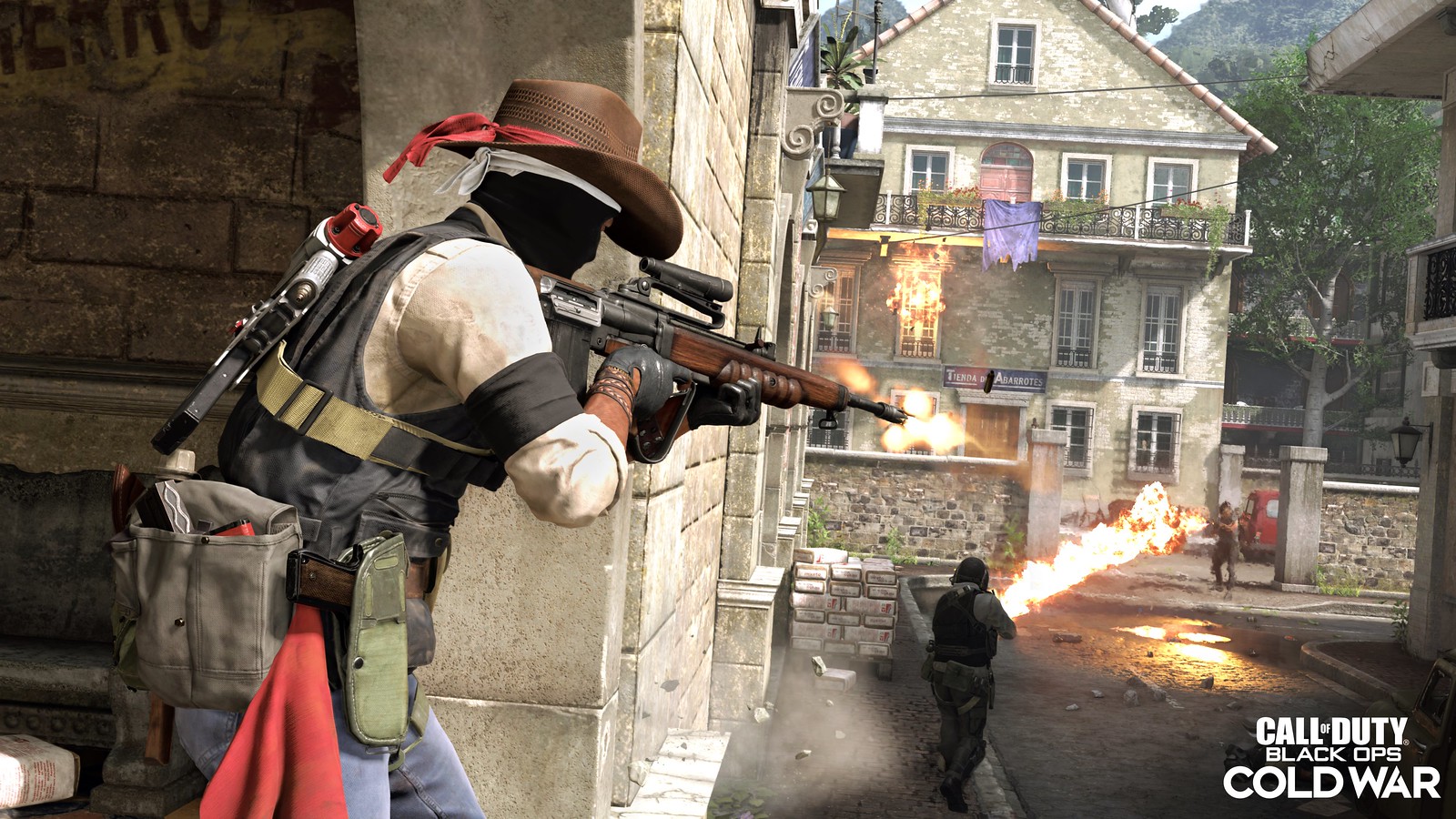 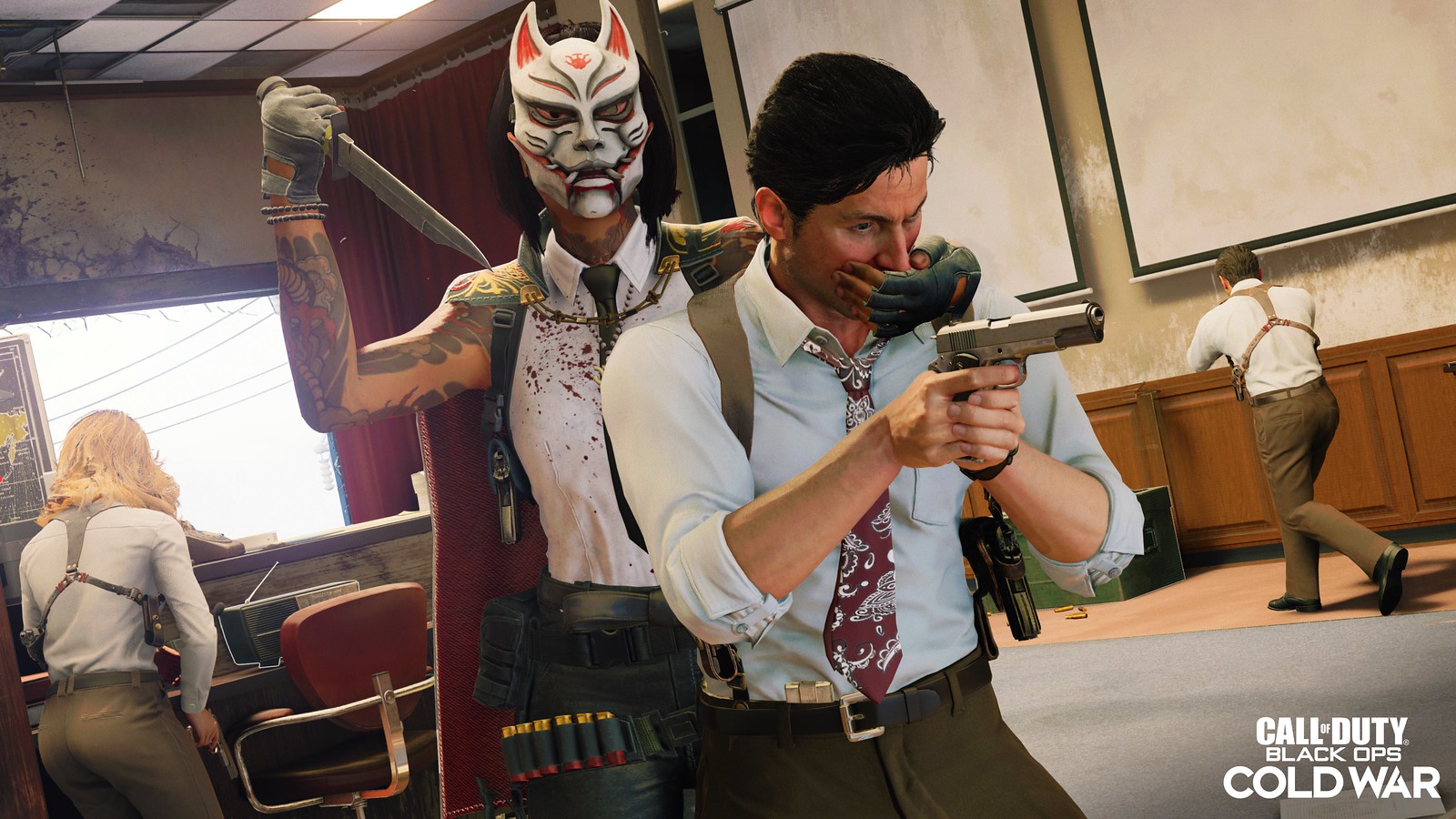 Purchase the Season Five Battle Pass to gain access to all 100 tiers of content, including Kitsune, the Japanese self-taught cybersecurity expert and world-class thief, instantly at Tier 0. And for the first time, an additional exclusive Kitsune Operator Skin can also be instantly unlocked with a Battle Pass Bundle purchase at the start of the season.

Pack your bags for Devil’s Mountain this season as the Onslaught orb looms over the plateau on the new Echelon map. Pair up with another Requiem Agent and battle waves of increasingly difficult enemies, making sure to pick up every last piece of new Dark Aether story Intel along the way.

Later this season, expect another limited-time mode to arrive in Onslaught, in addition to a new Weapon Blueprint and other surprises for PlayStation users.

Prepare for a brand-new Multiplayer experience with the arrival of Double Agent. Each match sees Operators taking on one of three roles: 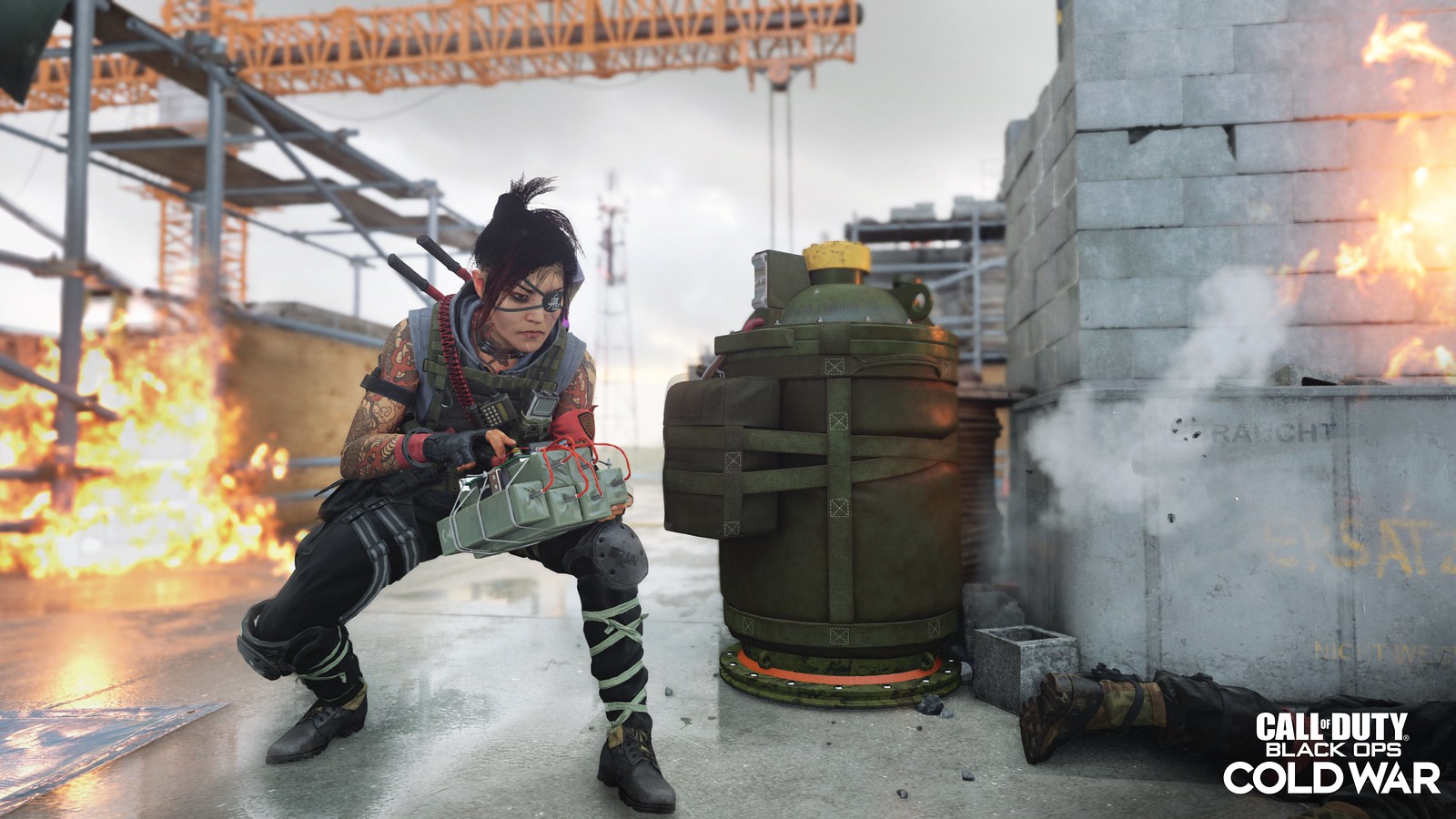 Double Agents: Eliminate everyone else or successfully set off explosive charges around the map.

The Investigator: Use clues to target suspected Double Agents as Wanted.

Operators: Work together to identify and eliminate the Double Agents before it’s too late.

Multiple players are assigned as the Double Agents, who must sabotage the mission by successfully wiping out the investigating team. Expose the traitors before that happens…if you can.

Season Five also sees the debut of Demolition in Black Ops Cold War. In this classic respawn mode, the attacking team attempts to destroy a pair of active bomb sites while the defenders must run down the clock as they attempt to do so. 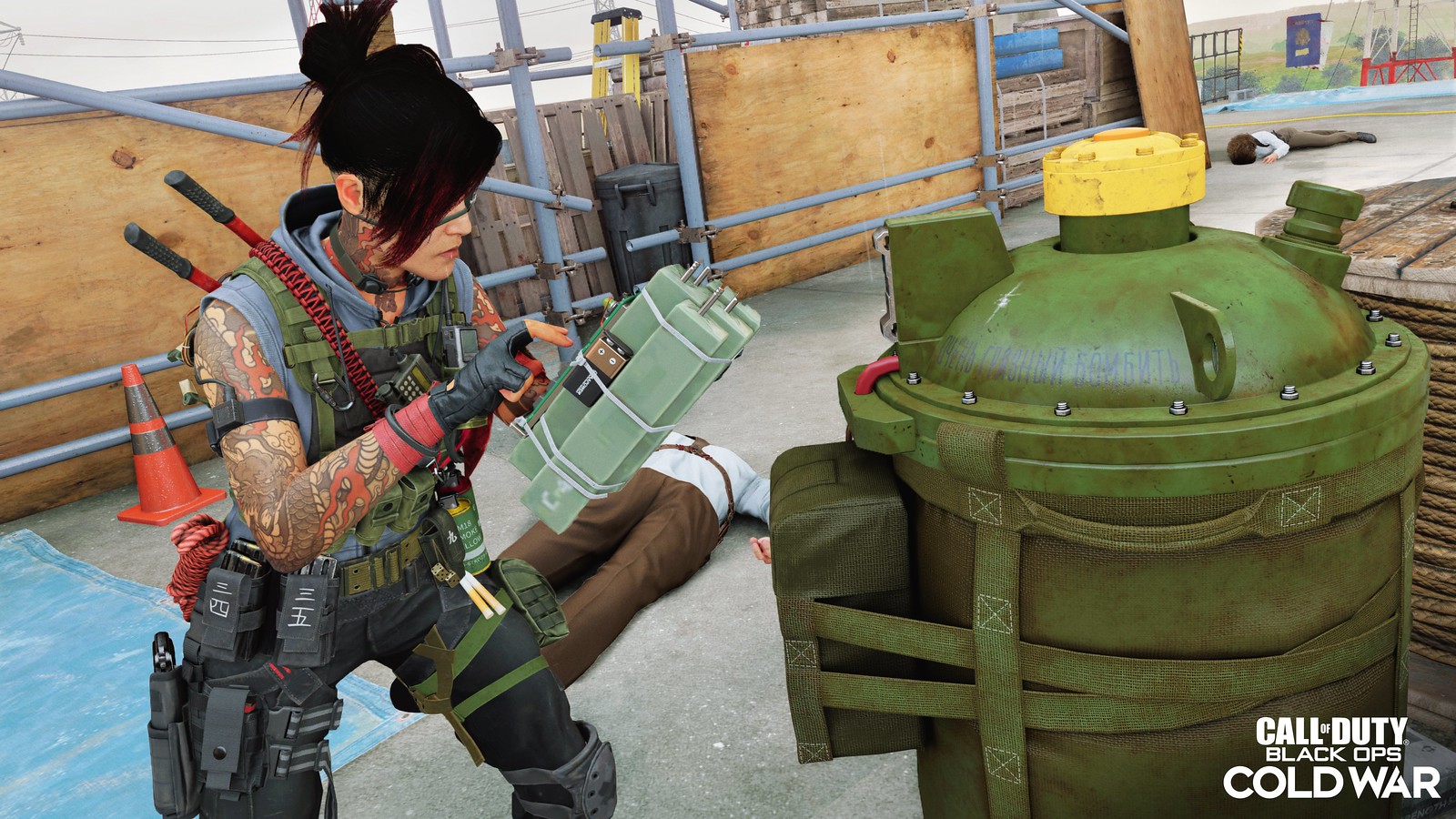 Echelon (6v6): This brand-new map set in Devil’s Mountain in West Germany takes Operators to a damaged NATO compound where they must battle through the rain and ash in the aftermath of Perseus’ latest attack. 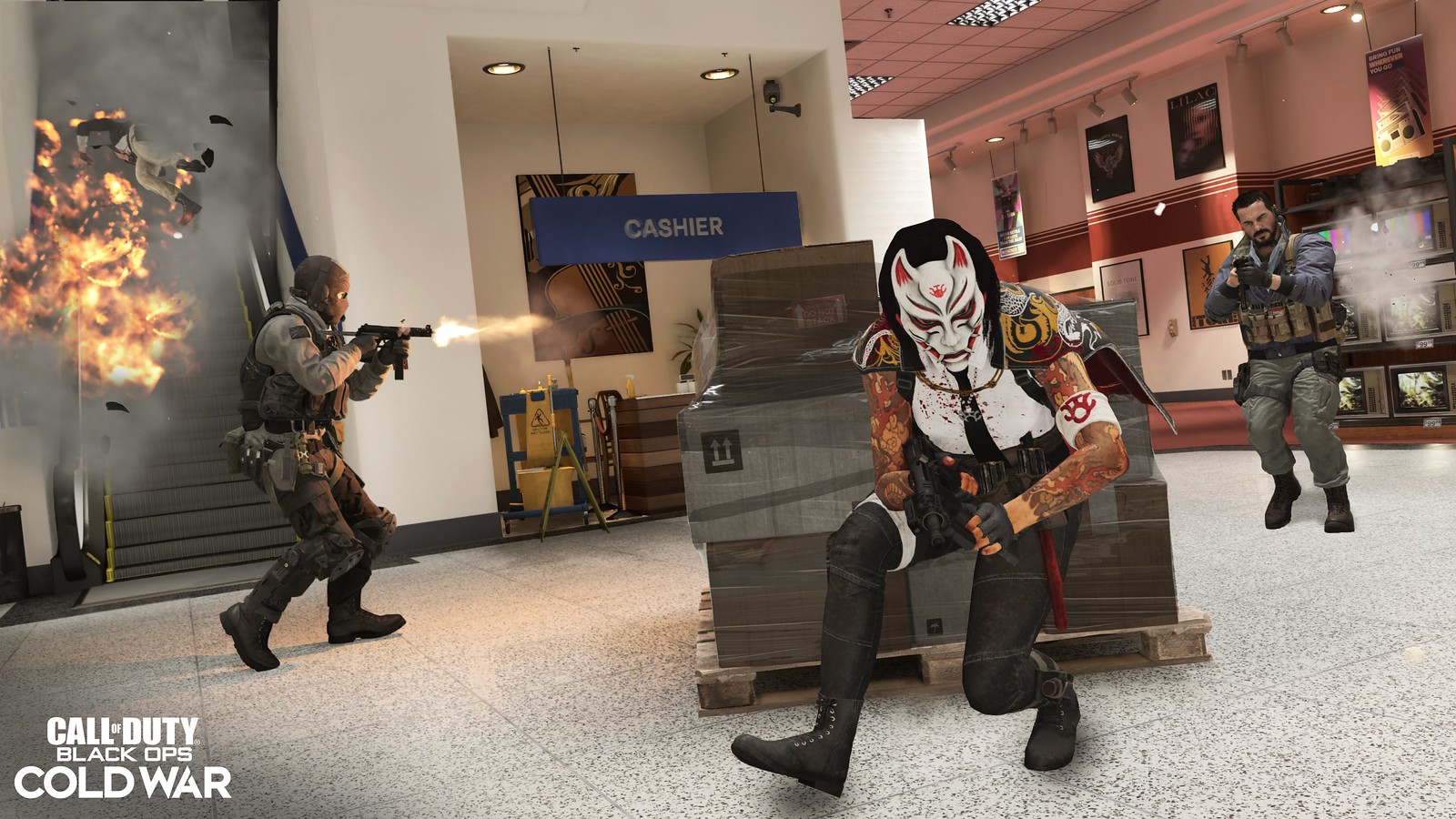 Showroom (2v2 and 3v3): Duck and weave between retail displays and kiosks in this small-sized map featured in Gunfight and Face Off. Get in your practice for later in the season when Showroom is featured in an upcoming Gunfight Tournament. 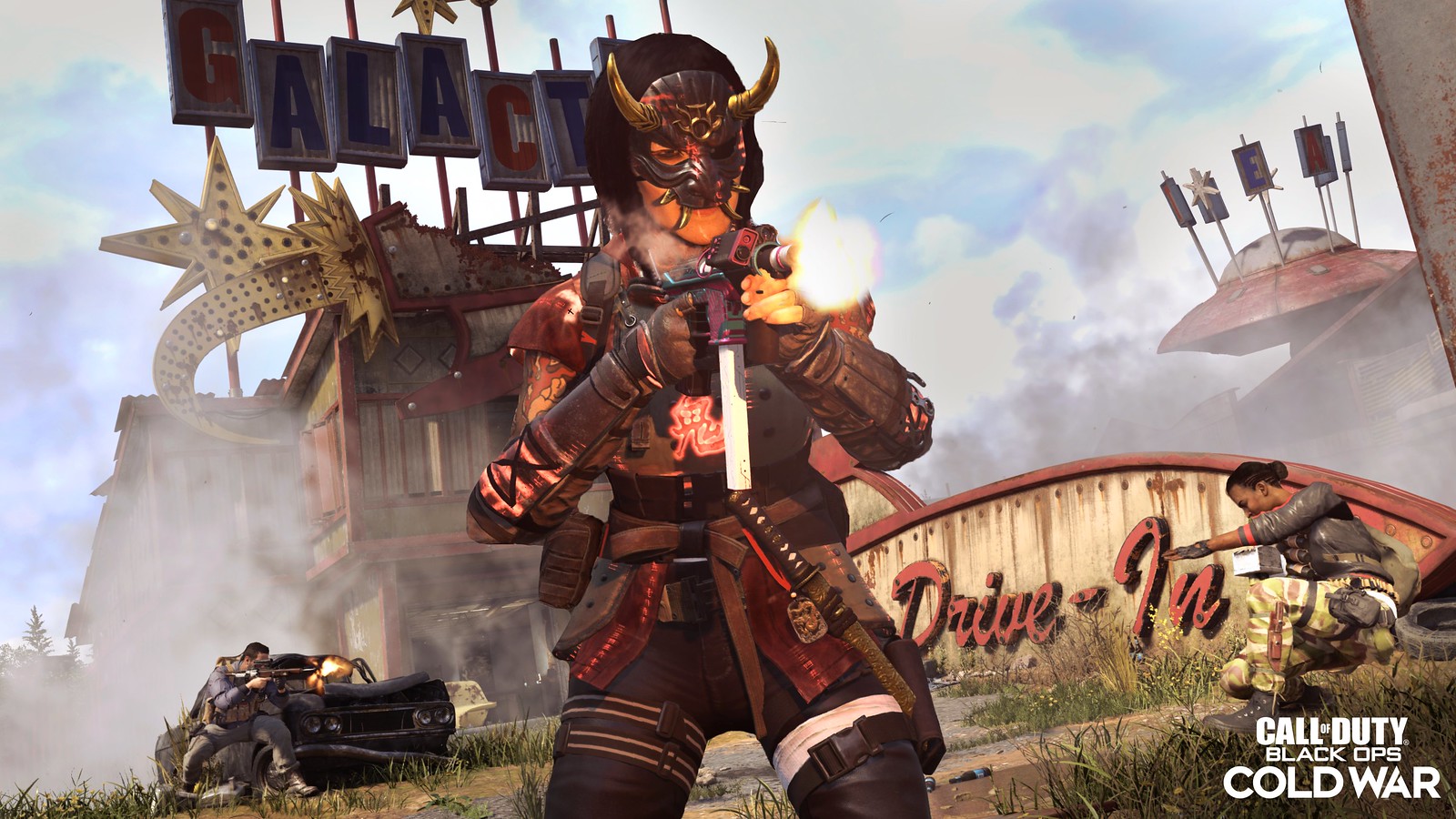 Drive-In (6v6, In-Season): Break out the popcorn for the return of this cult classic from the original Black Ops. Drive-In features close-quarters fights and powerful overwatch points, namely the big screen of the Galactic Drive-In, where snipers and other long-range weapons thrive.

Zoo (6v6, In-Season): Take a trip to Zoo, first seen in the Black Ops DLC pack Escalation. Battle through bear pits and aquariums and hop onto the monorail for a view over the targets below. 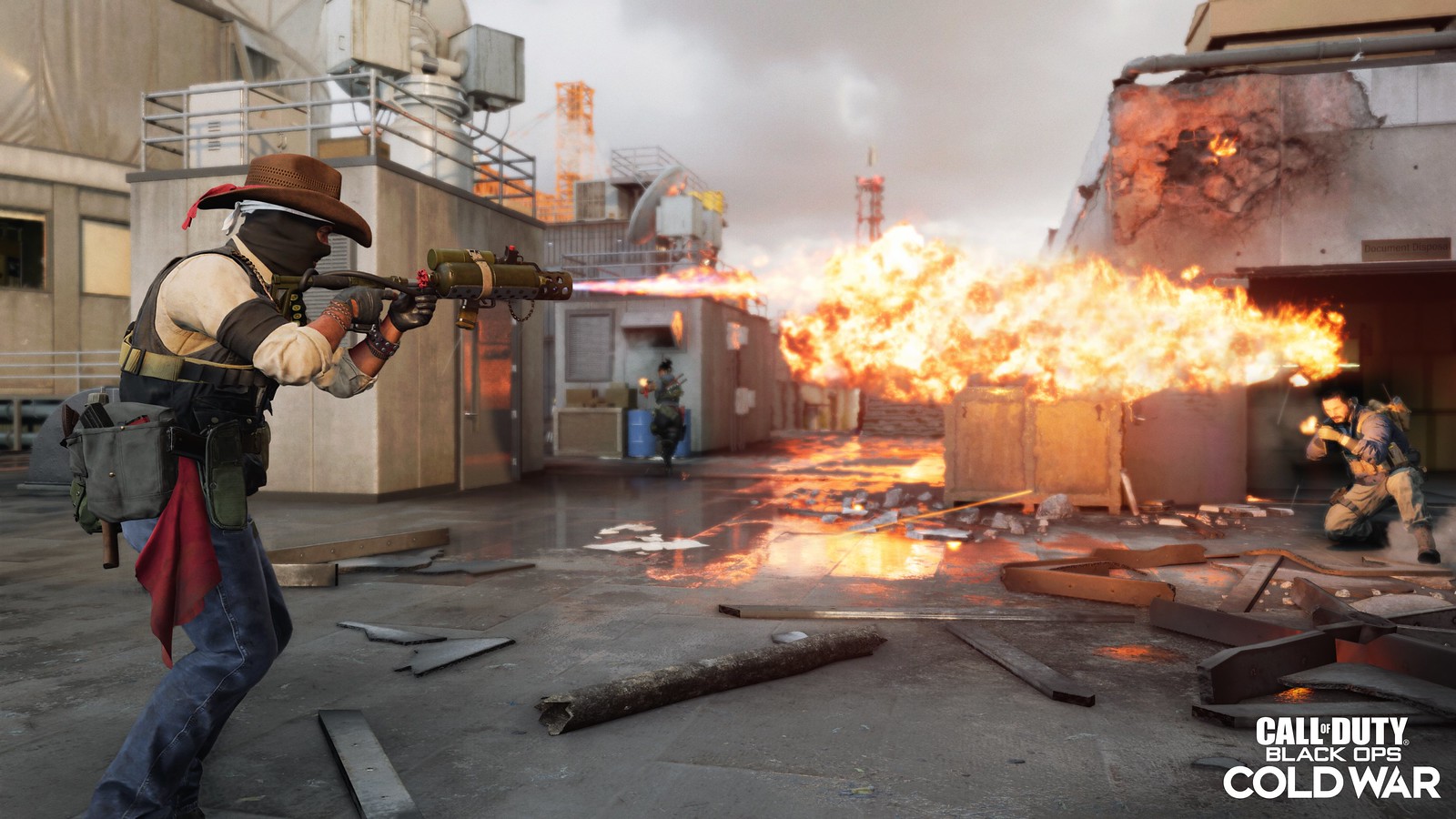 Burn ‘em with the Flamethrower

Immolate your enemies with the new Flamethrower Scorestreak. This low-cost option is great for boosting your score to the next Scorestreak, setting the opposition ablaze in the process. 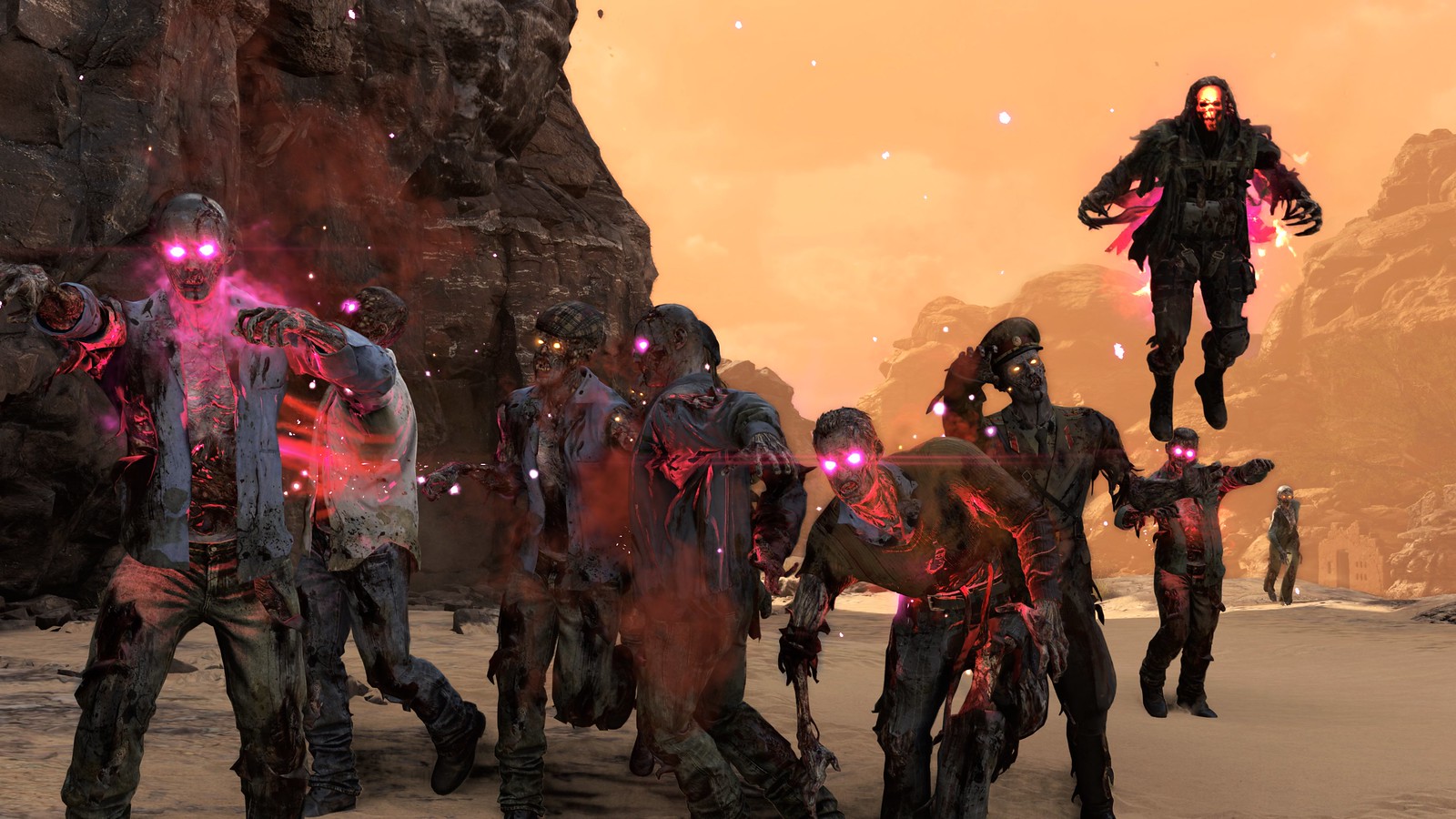 The Outbreak Zone has expanded to the deserts of Algeria (codenamed “Collateral”), making it a prime spot to harvest Aetherium Crystals and further investigate the Dark Aether. Fight the horde around the Algerian desert’s natural rock formations, de-orbited satellite, and oil drills.

Survive the new Transport objective, tasking you and your squad with escorting a drivable Requiem machines across the zombies-infested Outbreak zone.

And when you’re in need of some serious firepower, hop into the Tank and blast holes into the heaviest zombies using its massive cannon and mounted turret gun.

Head to the Crafting Table to build and equip the new Grapple Gun to travel through the Outbreak Zone with ease, and search every nook and cranny for all-new story Intel across Outbreak to discover the latest secrets of the Dark Aether narrative.

Looking to survive even longer in both Outbreak and round-based Zombies maps? Drink the new Death Perception Perk-a-Cola to highlight obscured enemies with a bright outline, providing an even greater advantage as you spend Aetherium Crystals to level it up into an absolute powerhouse of a Perk.

Summon lightning bolts using the new Tesla Storm Field Upgrade, connecting you to your allies while stunning and damaging enemies caught in its patch. Upgrade its Skill Tiers to stun more powerful enemies and to boost your squad’s movement speed. 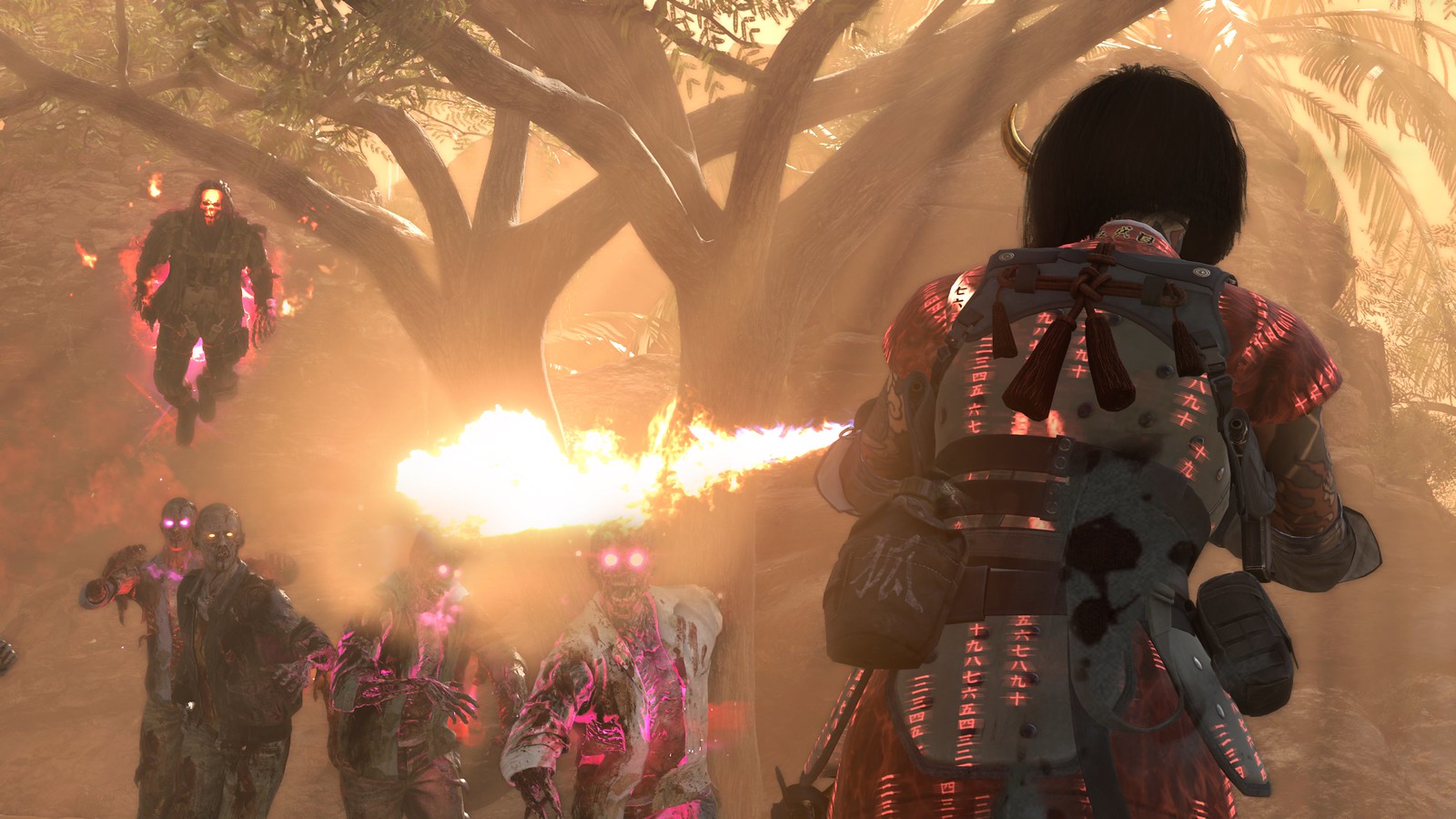 Finally, burn the undead to a crisp using the new Flamethrower Support Weapon, and dive into even more Zombies content in Season Five, including the new “Ikari EggXit” bonus map in Dead Ops Arcade 3.

New Perks, POIs, the Gulag, and more in Warzone 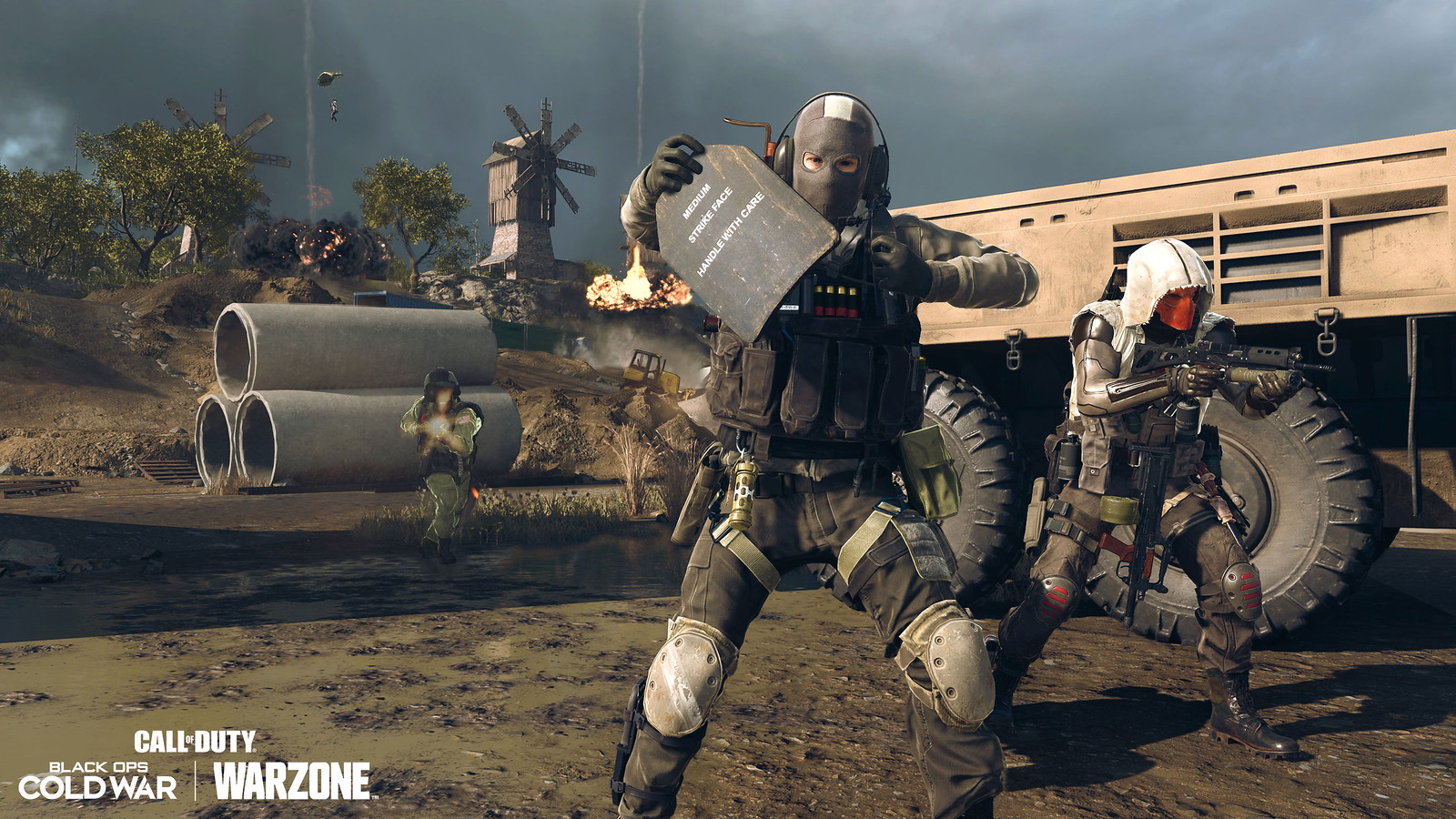 Build out your Loadout with two new Warzone-exclusive Perks, offering new ways to play and strategize. Pick Combat Scout to ping and highlight enemies you damage, perfect for focusing your squad’s efforts on nearby threats. For added damage resistance, try Tempered, improving the quality of your armor at the cost of three armor plate carrying slots. 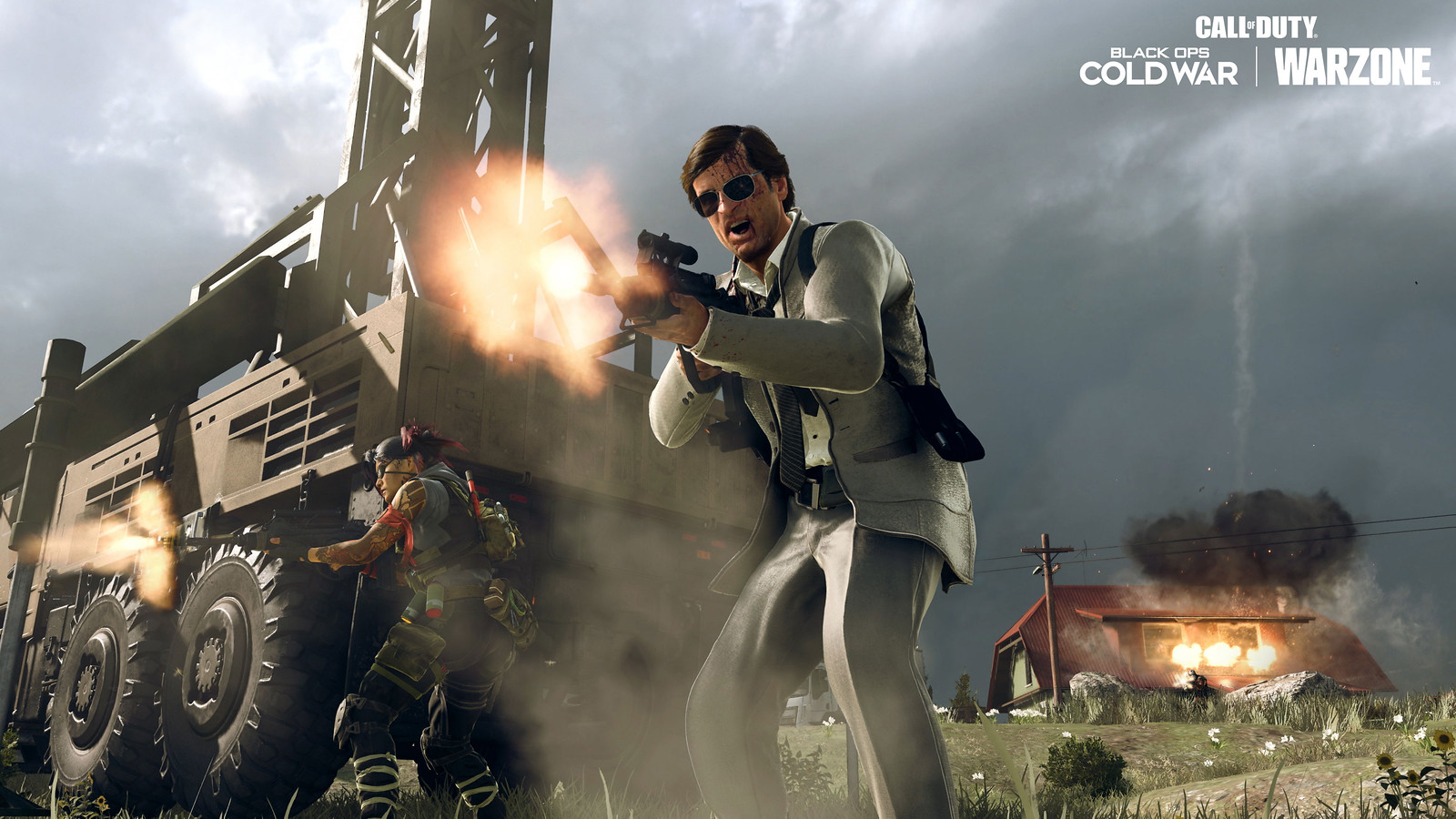 In an effort to spread the mind-altering Numbers Program, Perseus and allies have rolled out a network of Mobile Broadcast Stations throughout Verdansk. Their locations change from match to match, so keep your eyes open for the chance to uncover new intel and earn rewards.

Prepare for 50v50 combat in Clash, a spiritual successor to Warzone Rumble. Enjoy unlimited respawns in a deathmatch to 200 points. Complete Contracts and public events to gain an advantage over the enemy.

Watch out for the mysterious Red Doors, showing increased volatility since the broadcast of the Numbers Program. Reports suggest that these doors are sending Operators to new locations.