Skip to content
ASNF 2 months ago 3 min read
Hi, I am Rupert, Game Director of Saga of Sins. Me and my team at...

Hi, I am Rupert, Game Director of Saga of Sins. Me and my team at Bonus Level Entertainment are grateful and super excited to announce the 3rd playable creature of our new game today.

But first, let me give you some behind-the-scenes insights into the creation of Saga of Sins.

Worthwhile. Creating something worthwhile. Something fresh and worth your time, the most precious thing you – the player – can give us. This is our task as (indie) developers.

Thus, the idea of a new sub-genre was born: story-arcade!

Combining a meaningful story of inner conflict, twists and multiple endings with a rewarding, arcade style gameplay. RPG elements, secrets, collectibles and a fresh take on progression should further round up the experience, brought to life via a stained-glass art style that fits to the game’s setting. A game inspired by the paintings of Hieronymus Bosch (1450 -1516) that I have adored since childhood. 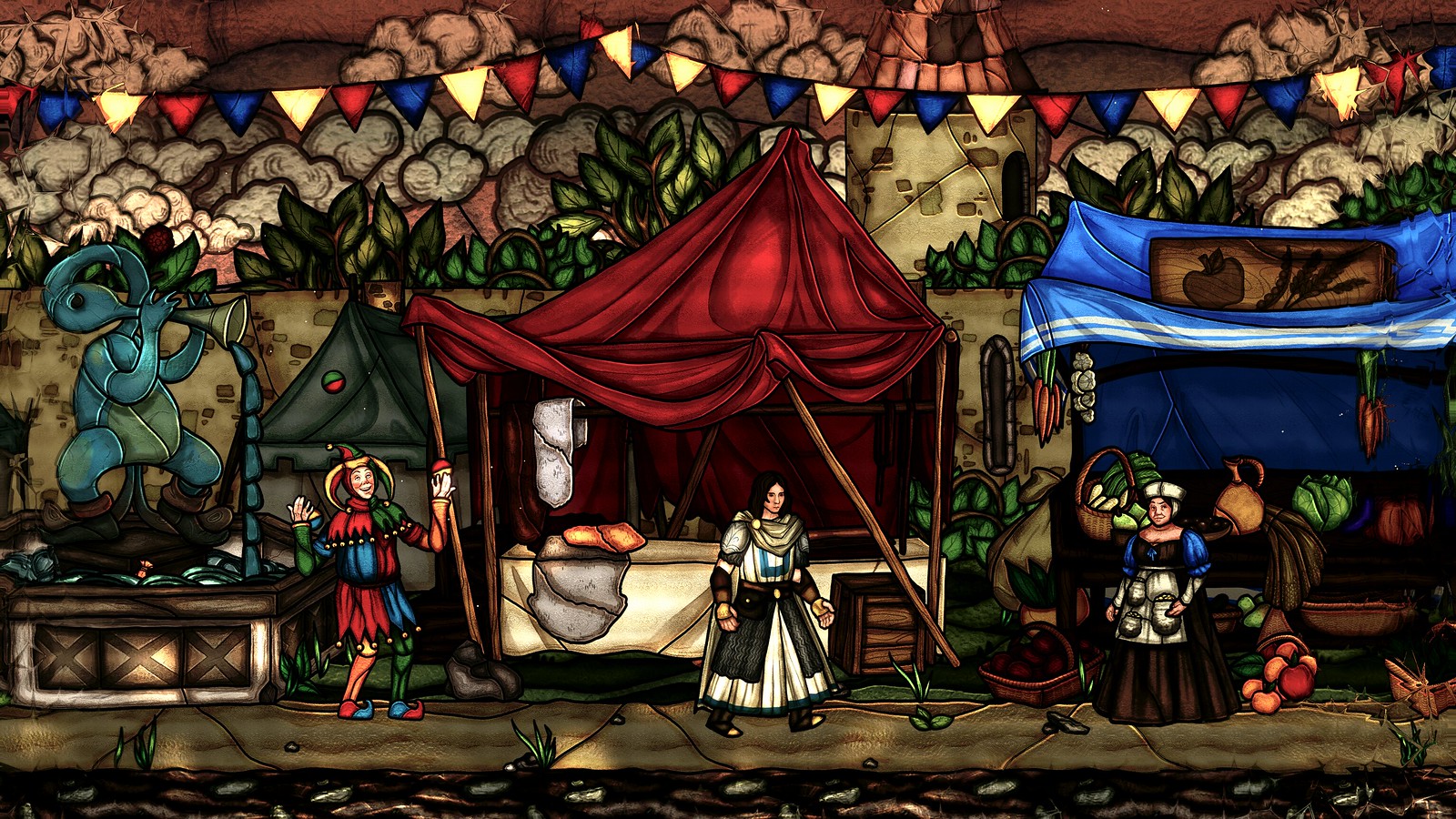 So, this is it: In Saga of Sins, you play as the righteous cleric Cecil – who can enter people’s minds by transforming into four unique demonic creatures such as a howling werewolf or a fierce gargoyle – to fight the seven deadly sins and free his plague infested village of Sinwell.

Every creature has individual skills and shot types that can be upgraded and once unlocked you can switch between them on the fly. Common to all is a devastating Power Dash.

Finally, the 3rd demonic creature that we are announcing today is: the mighty Griffin! 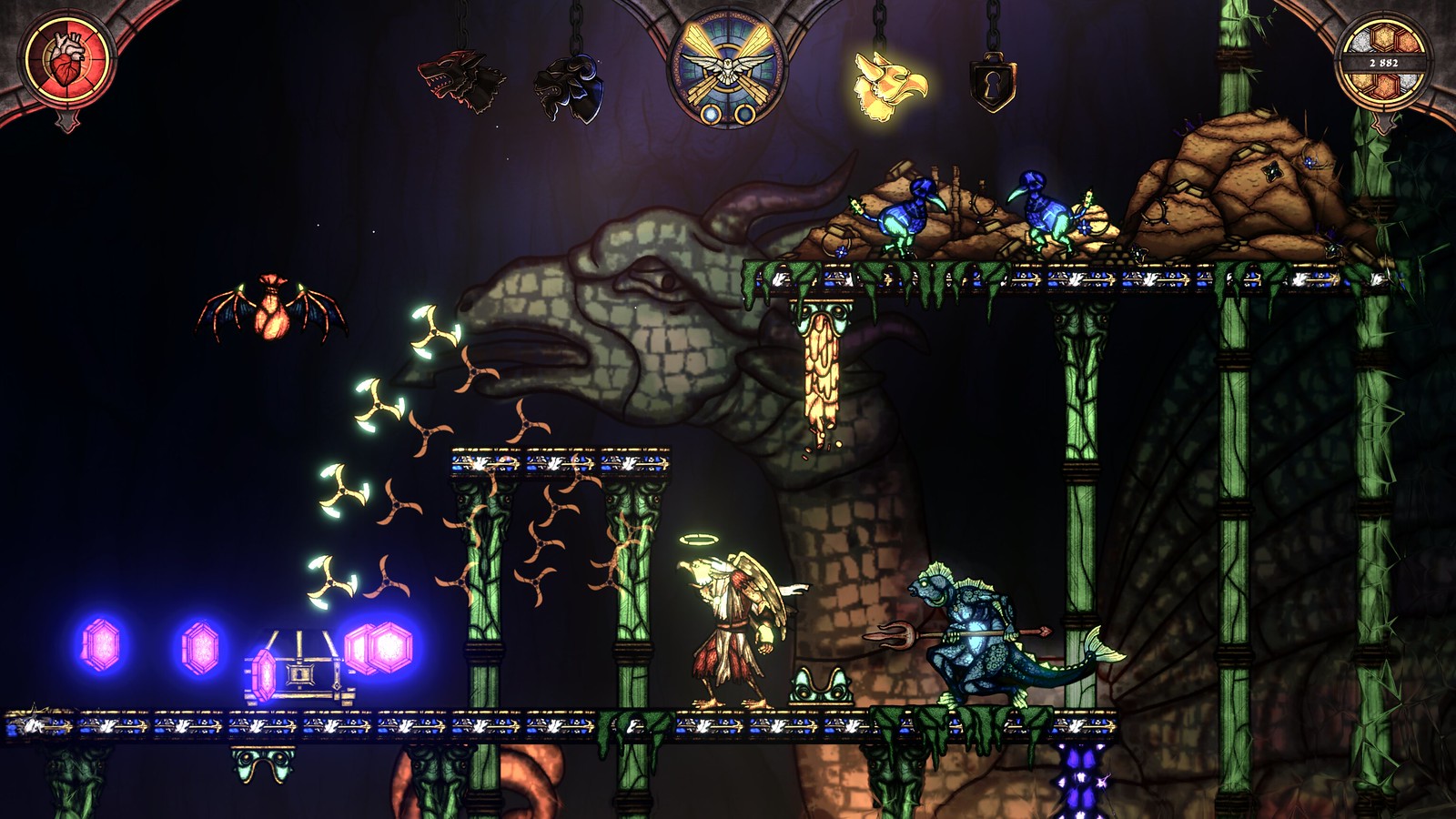 This ancient demon stands for loyalty and trust but is all the more unforgiving when spotting sinners with its sharp eyes. Were it not for this demonic creature’s appetite for the human liver, our humble hero Cecil would not even feel that bad having to transform into it when entering the minds of the 31 villagers of Sinwell.

Sinful minds are action levels and boss battles themed after one of the seven deadly sins such as Wrath, Sloth, Envy, Lust, Greed, Pride or Gluttony. 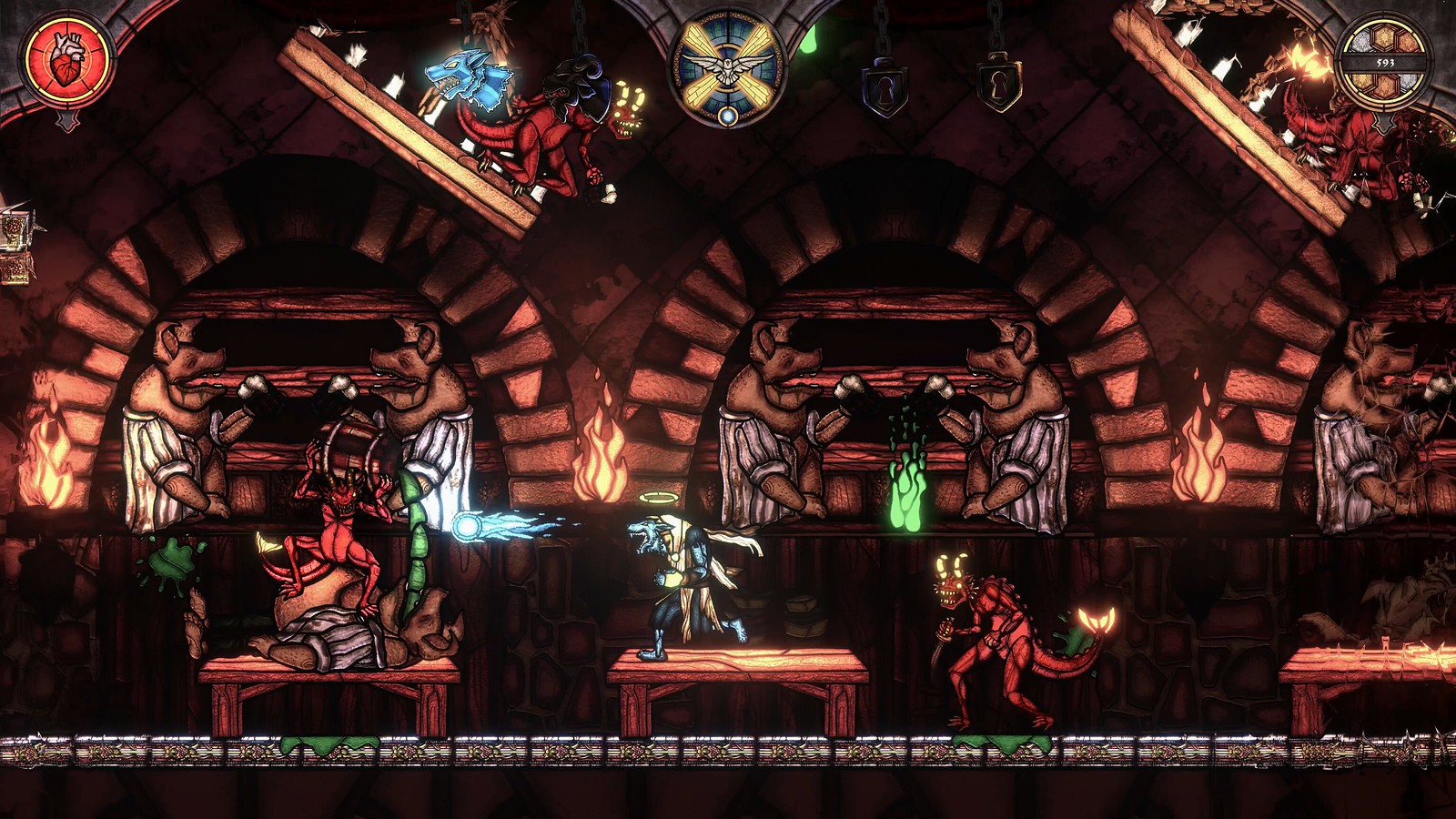 Innocent minds, on the other hand, offer a variety of puzzles, riddles, or skill tests in order to spice up the whole experience. Enter a villager’s mind and be surprised what you may find! We may even turn things upside down a little… 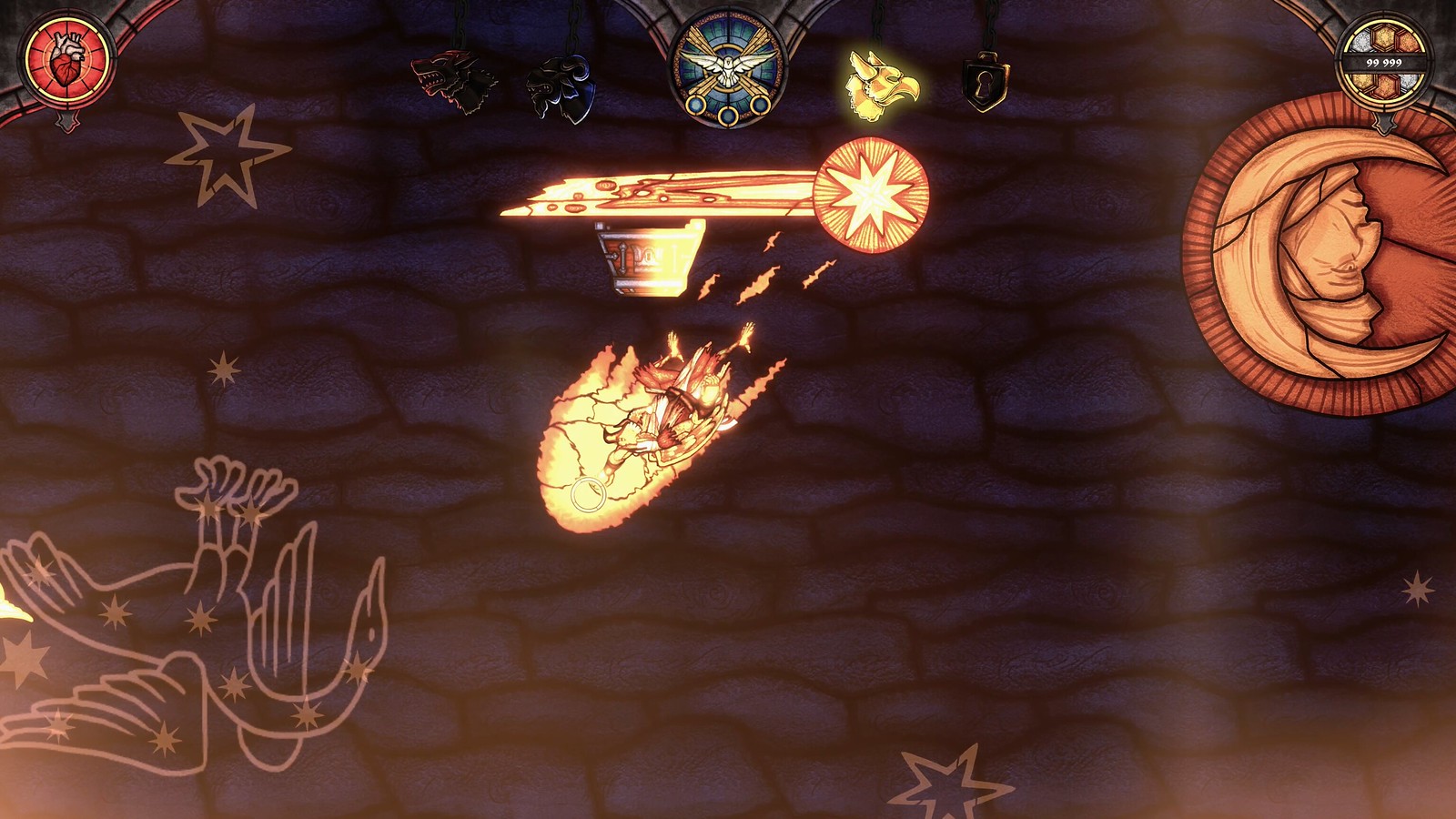 The Griffin’s weapon is a spread shot that can be upgraded – just like the flame breath of the Gargoyle or the Werewolf’s triple shot – by donating gold to Madonna statues that can be found around Sinwell, the game’s HUB area so to say.

The spread shot can be enhanced from two to up to four projectiles at once, making the Griffin super powerful for combat. So, make sure to loot lots of treasure chests – seven per level and some of them well hidden – and perform your Power Dash on multiple enemies at once, as this will make them drop twice as much gold!

The biggest advantage, however, comes with the mighty Griffin’s wall cling. Only he can climb special walls covered in vines to reach new heights, discover secrets or outflank enemies.

Of course, every demonic creature has its unique ability. The Werewolf’s Revelation Howl can shatter cracked glass to uncover hidden chests and the Gargoyle’s Flame Breath can set certain objects on fire to clear the path or solve riddles. 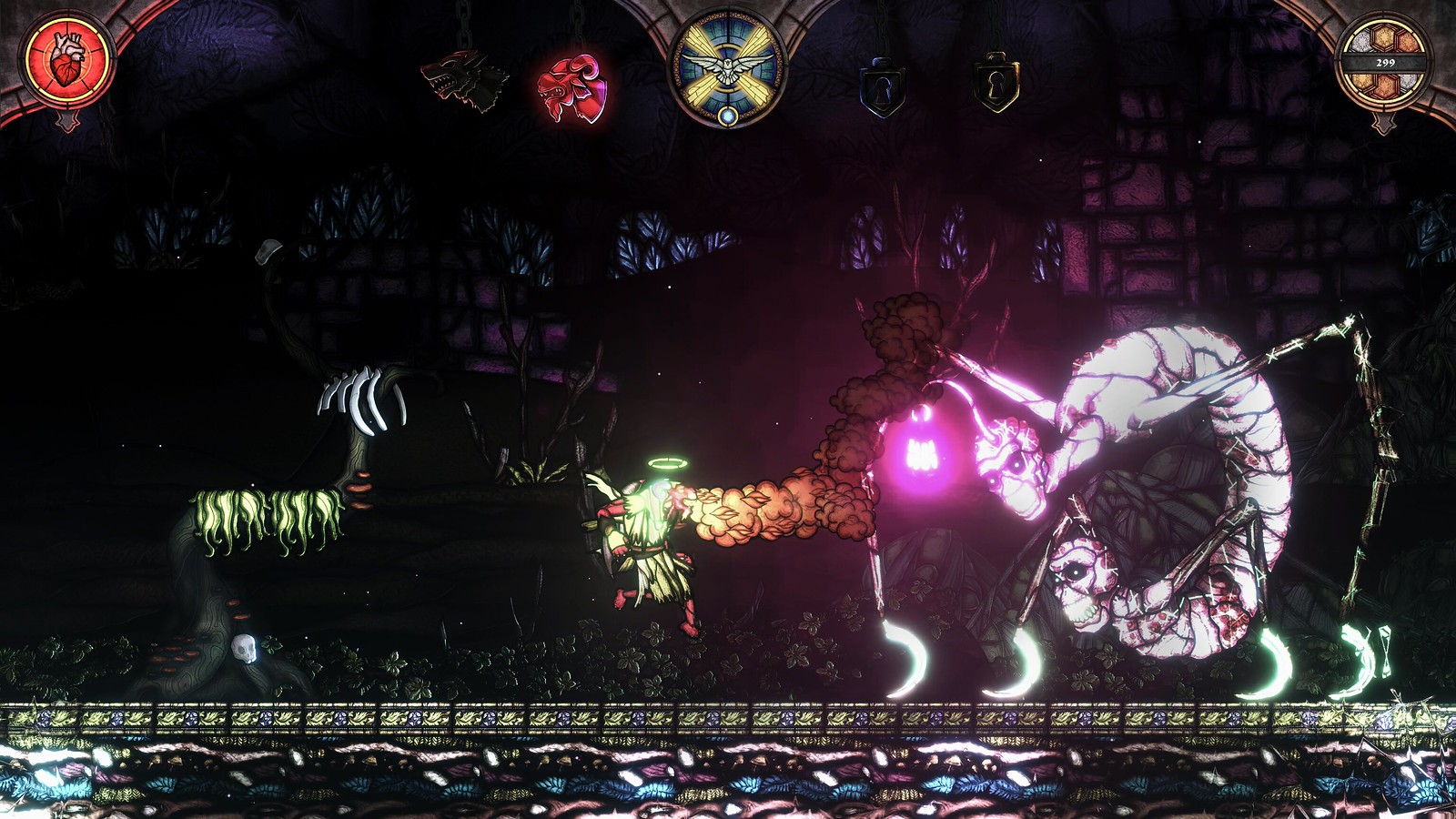 A cleric entering people’s minds in the form of demonic creatures. Does this sound humble?

Is Cecil doing the right thing or is he just following orders like he did during the Crusades he once left his village for? Doubts arise. Yet, more and more unsettling things are starting to happen. Is Cecil simply losing his faith… or even his mind? 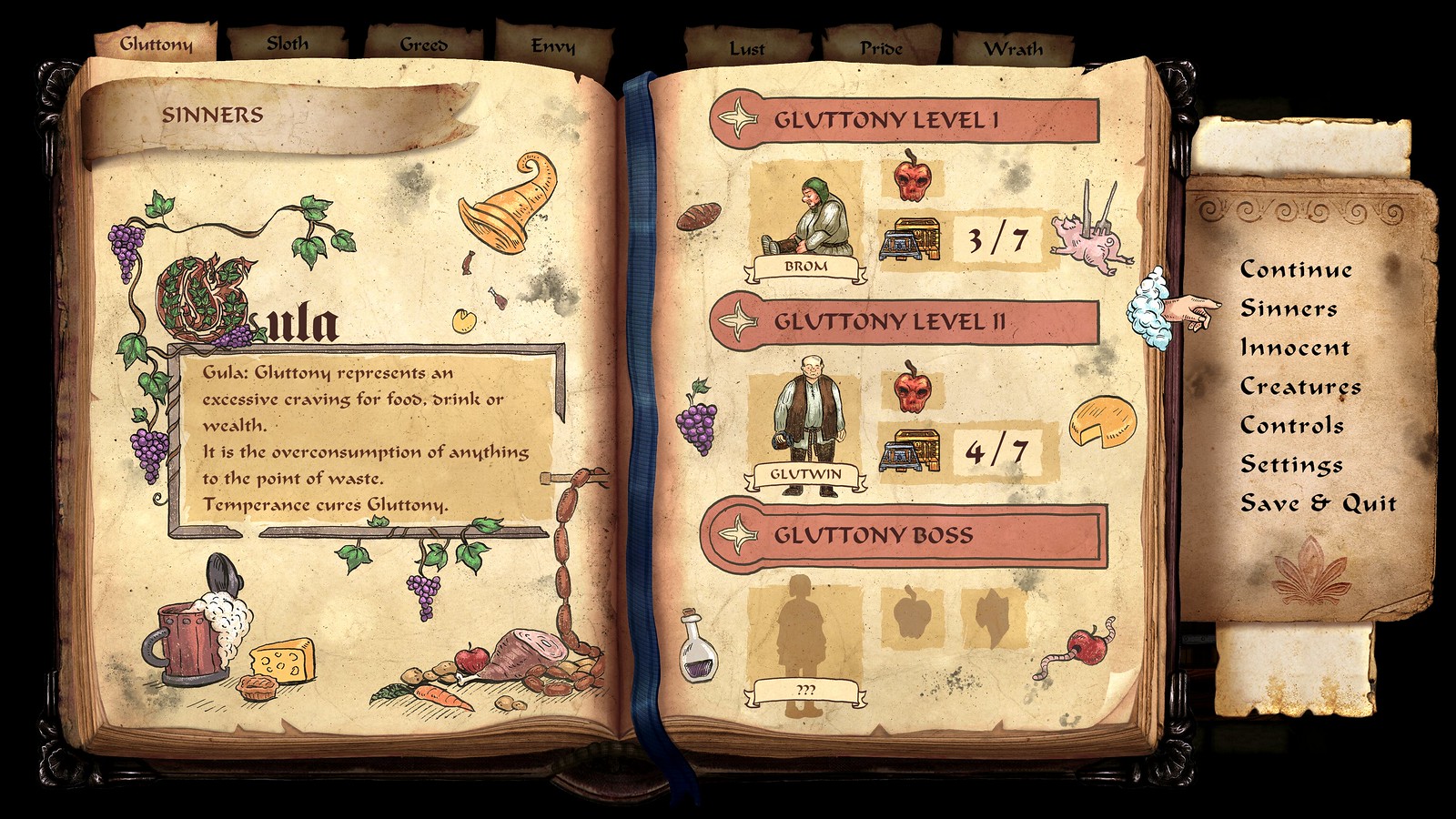 We hope we’ve got you a little excited today and that you will uncover the truth for yourself. We put all our hearts and passion into the creation of Saga of Sins and would be honored if you may lend us your time playing it.

Saga of Sins will launch digitally on PlayStation 5 and PlayStation 4 and will support English (VO), French, Italian, German, Spanish, Dutch, as well as Latin American Spanish and Portuguese.