The deckbuilding genre, once relegated to the physical tabletop, has seen explosive growth on the indie PC scene in recent years. Now, skilled developers are mixing, mashing, and combining traditional deckbuilding mechanics with other genres. In Ratropolis, Cassel Games successfully integrates card construction with city-building and defense to create a charming strategy mix. The resulting amalgamation is a satisfying soiree of rodents, robots, and giant ducks that keeps you coming back game after game. Your army of adorable mice and machines must restore the glory of the ratropolis! Yes, that’s like a city for mice.

The goal is simple: You must survive 30 waves of onslaught as you build up a city. To that end, you select a main commander mouse that dictates what cards are available on each run. Each mouse has a variety of strategies to employ, and while you start with basic loadouts like the military-oriented general and the money-laden merchant, later unlockable characters like the scientist, shaman, and naval officer add many timing considerations and more advanced foibles to the game.

Each run starts simple and fresh, with you defending your fledgling ratropolis from two different lanes. As you begin adding cards to your deck, you cycle through economy boosts, troops, and buildings. Each class plays differently, and the unique commander mechanics keep the experience crisp when it could otherwise get bogged down. For instance, the merchant’s military units are quite powerful – but they only stick around for so long after they’re paid. The scientist can morph and mutate troops, and shamans collect the souls of fallen units. The action takes place in real time, though the assault pauses when you’re looking through cards to purchase. It’s a fun and frenetic mind-teaser to play all your cards, draw a new hand, and keep blasting through your deck. In addition to having different archetypes with their own special cards and abilities, you can also play in multiple biomes like deserts, coasts, and forests each with their own sets of power ups and enemy types.

Cycling through cards, pruning weaker options from your deck, and hoarding resources is interrupted by random events that often force you to make tough choices. Will you sacrifice some of your unit cap or all your gold to a mouse insurrection? These random happenings offer up choices that can have big impact. During one run I even had a special event happen that funneled all the enemy forces into a single lane of attack, making it a much easier defensive endeavor than fighting on two fronts. Combined with the variety in cards, builds, abilities, biomes, and hero choices, the random elements in the game feel tightly tuned toward letting you have plenty of different experiences that all feel fair, even if you get smashed by some barricade-hopping pirates or sleep-inducing sirens. 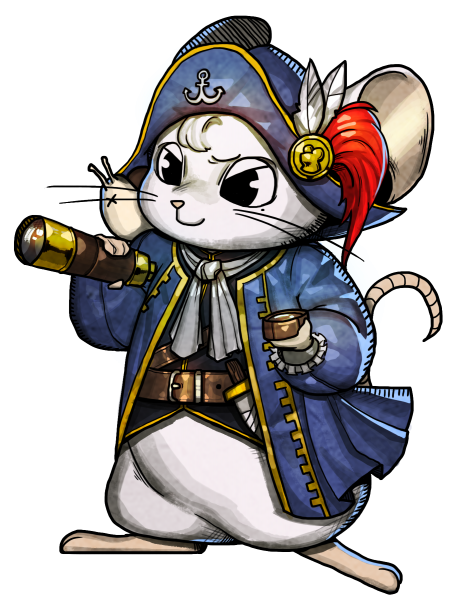 After each run, you’re awarded points that unlock new cards and advisors (essentially buffs that can be discovered during a run to help you out), which allow you to dive into additional strategies and try new things. Want to try a run that focuses on casting spells or just constructing tons of defensive structures? Unlocks help you out and offer incentives to keep playing your favorite classes, explore outside of your comfort zone with others, and keep you plodding on wave after wave. Once you’ve mastered the standard mode, you can begin exploring ascending pollution ranks, increasing levels of difficulty that add more challenging foes and other quirks to play around, like restricting your building space. Despite getting repetitive after I mastered core tactics, I had a great time pushing forth again and again, many hours after my first few victories.

Ratropolis has that ethereal “one more game” quality where the clock vanishes as you pour hour after hour into your feisty mice companions. When you lose a cool flame tank or a giant hatched duck lord, it’s a bit sad, but there’s always another game right around the corner. As more alchemic creations spawn from the deckbuilding surge, Ratropolis offers a lot of interesting and stylish entertainment for lovers of multiple brain-busting genres. 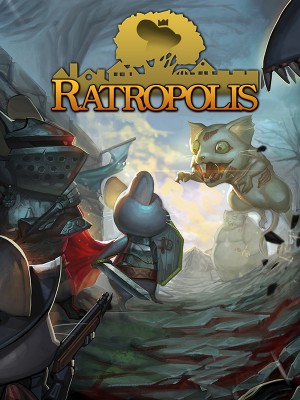 Summary: A satisfying romp as you restore glory to your rodent empire, defend against waves of flavorful foes, and recruit colorful companions.

Concept: Survive and thrive as you build a rodent-filled city and hold back waves of weasels, snakes, and other dangerous town-wreckers

Graphics: Stylish and sometimes adorable, the cartoony mice are entertaining to watch as they wander the village and battle threats

Sound: Adorable little mouse barks and quips as they battle endless tides keep you engaged from wave to wave (with help from a solid soundtrack)

Playability: The basic mechanics are easy to grasp, though don’t be discouraged if you lose while learning the ropes

Entertainment: Beating back the tide with a variety of mouse-related strategies is an enjoyable romp