Street Fighter V’s final digital event revealed new details on the last character, Luke, who will be a key player in the next Street Fighter project. We’re not ready to talk about that just yet, but let’s dive into Luke in SFV and his unique gameplay mechanics. 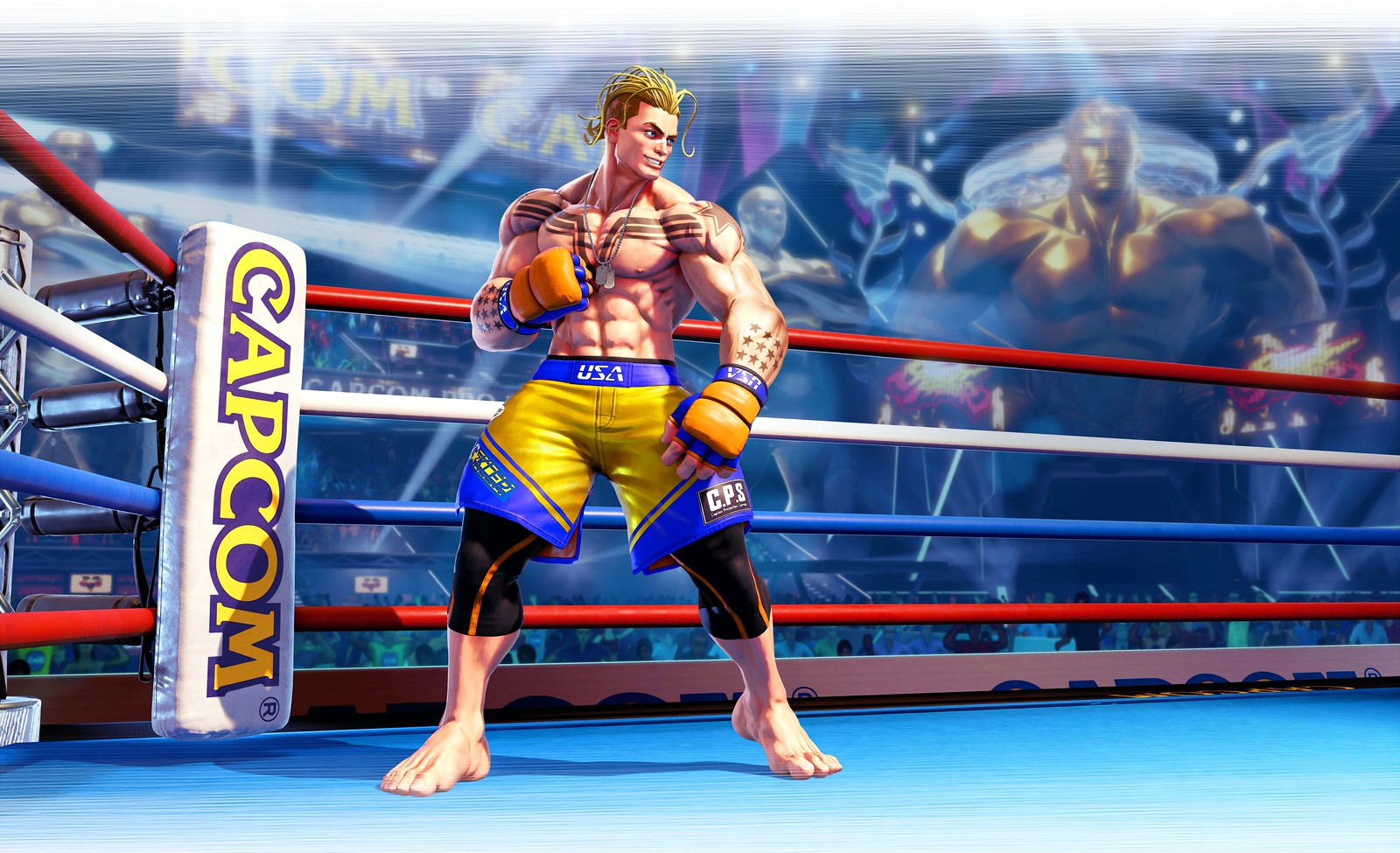 The SFV Fall Update kicked off with a preview of Luke’s story mode. This follows a dramatic childhood event that inspires him to become a fighter, join the military, and encounter a familiar face. 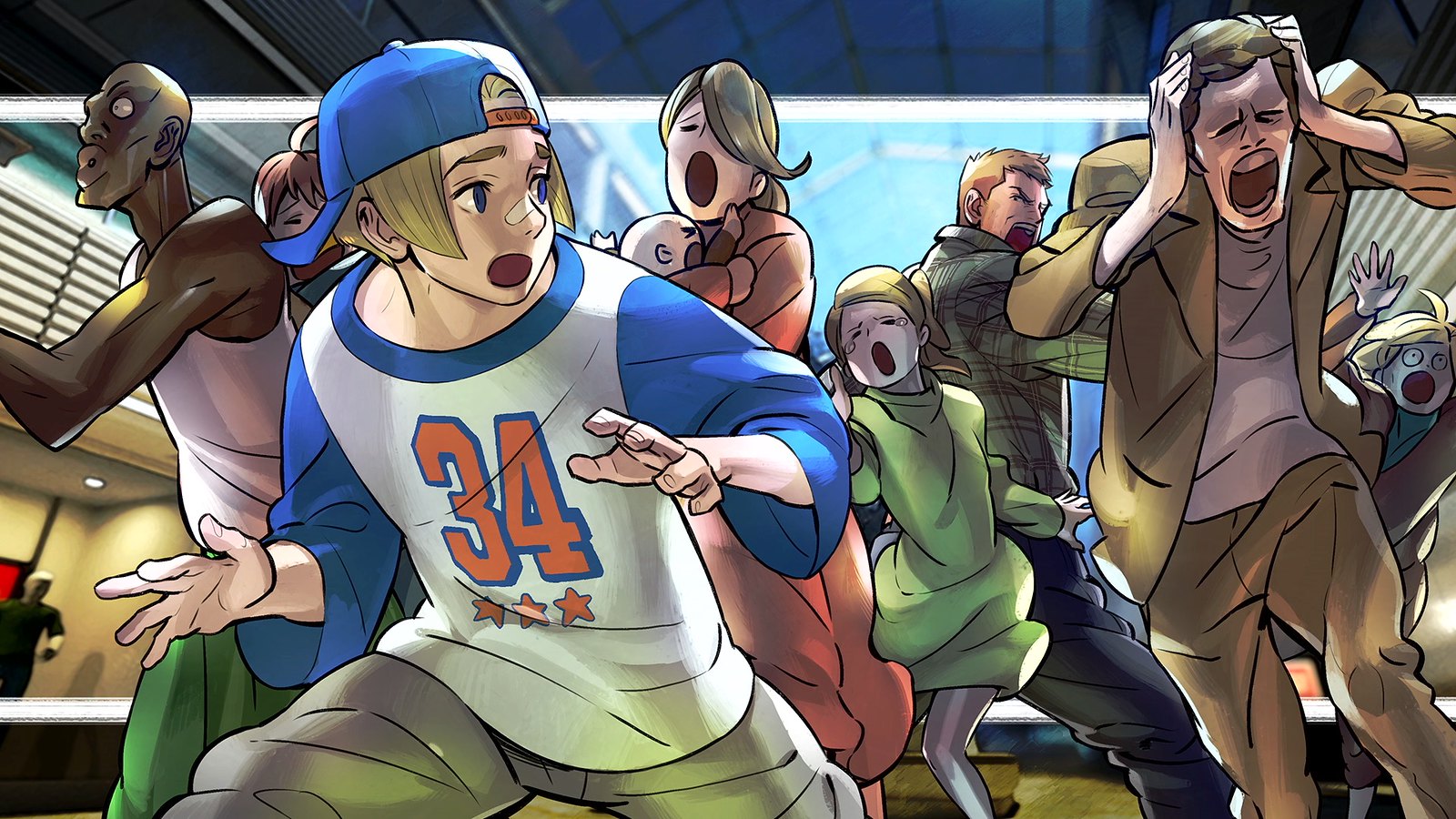 What caused such a commotion? 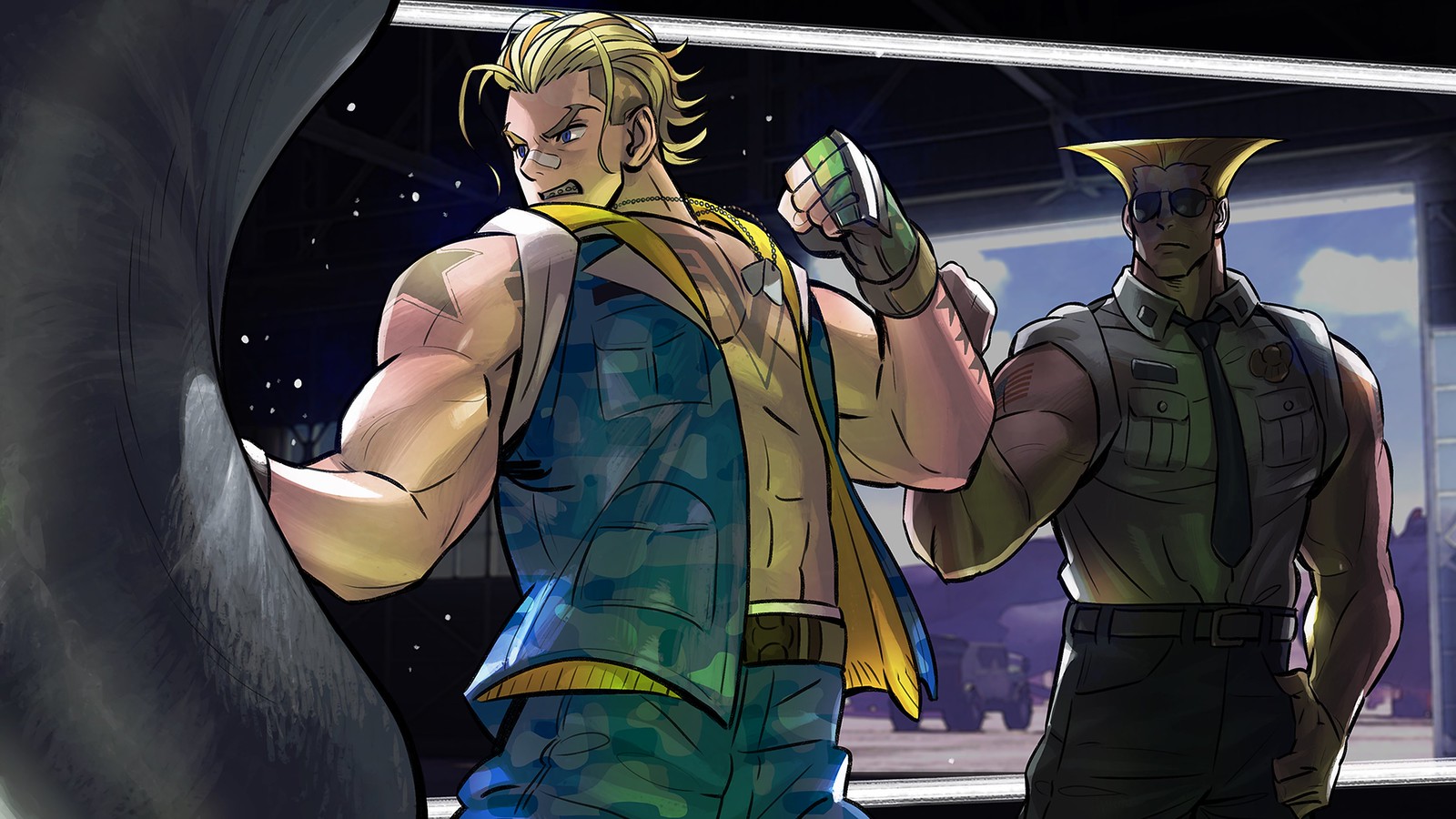 How does Guile fit into Luke’s story?

We won’t spoil too much here. Play Luke’s Character Story to learn more.

Luke Gets Up Close and Personal

Luke is all about forward moving attacks that keep the pressure on. All three normal punches move Luke forward, allowing him to close distances offensively. Luke also has two target combos great for racking up damage. 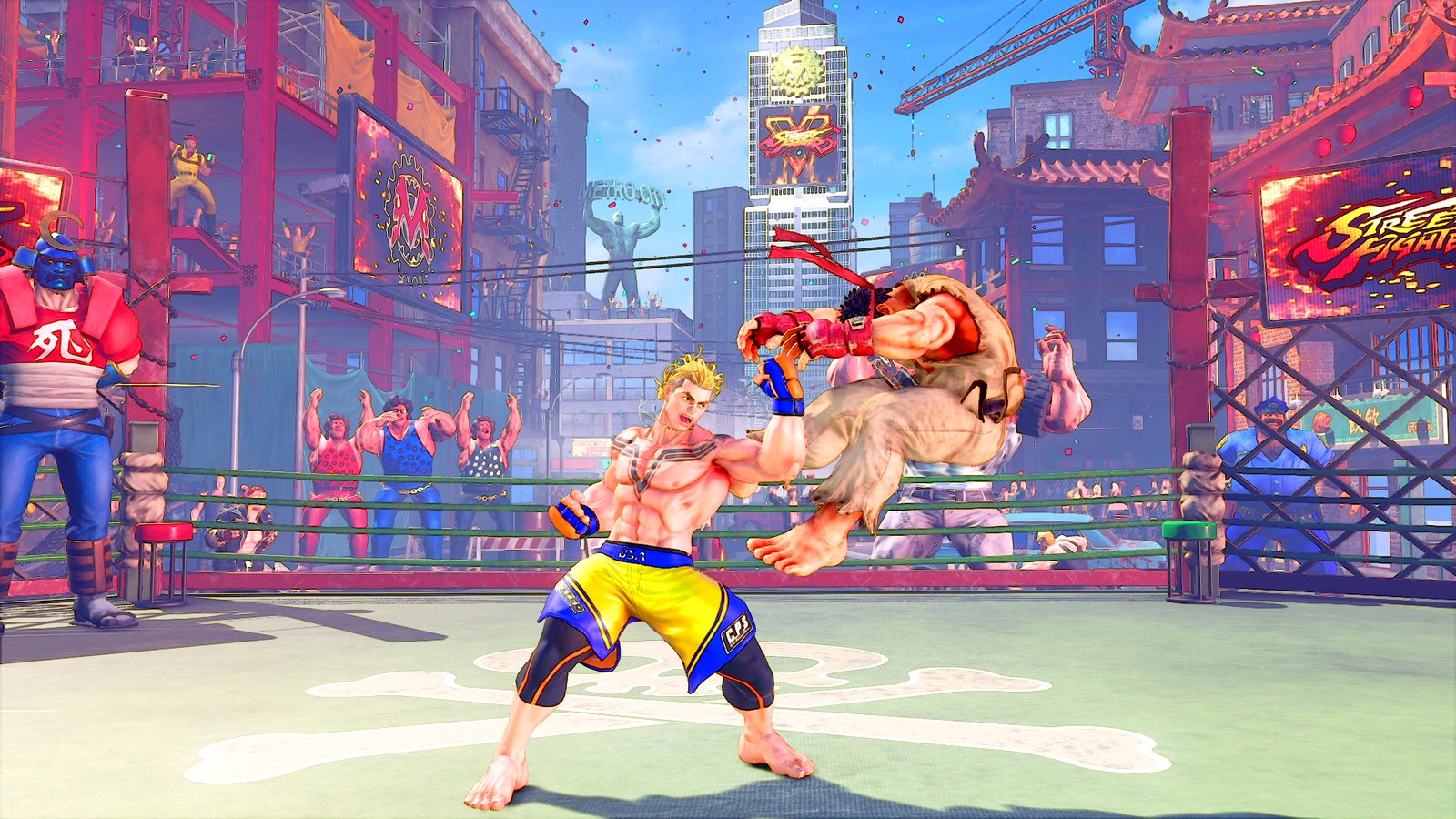 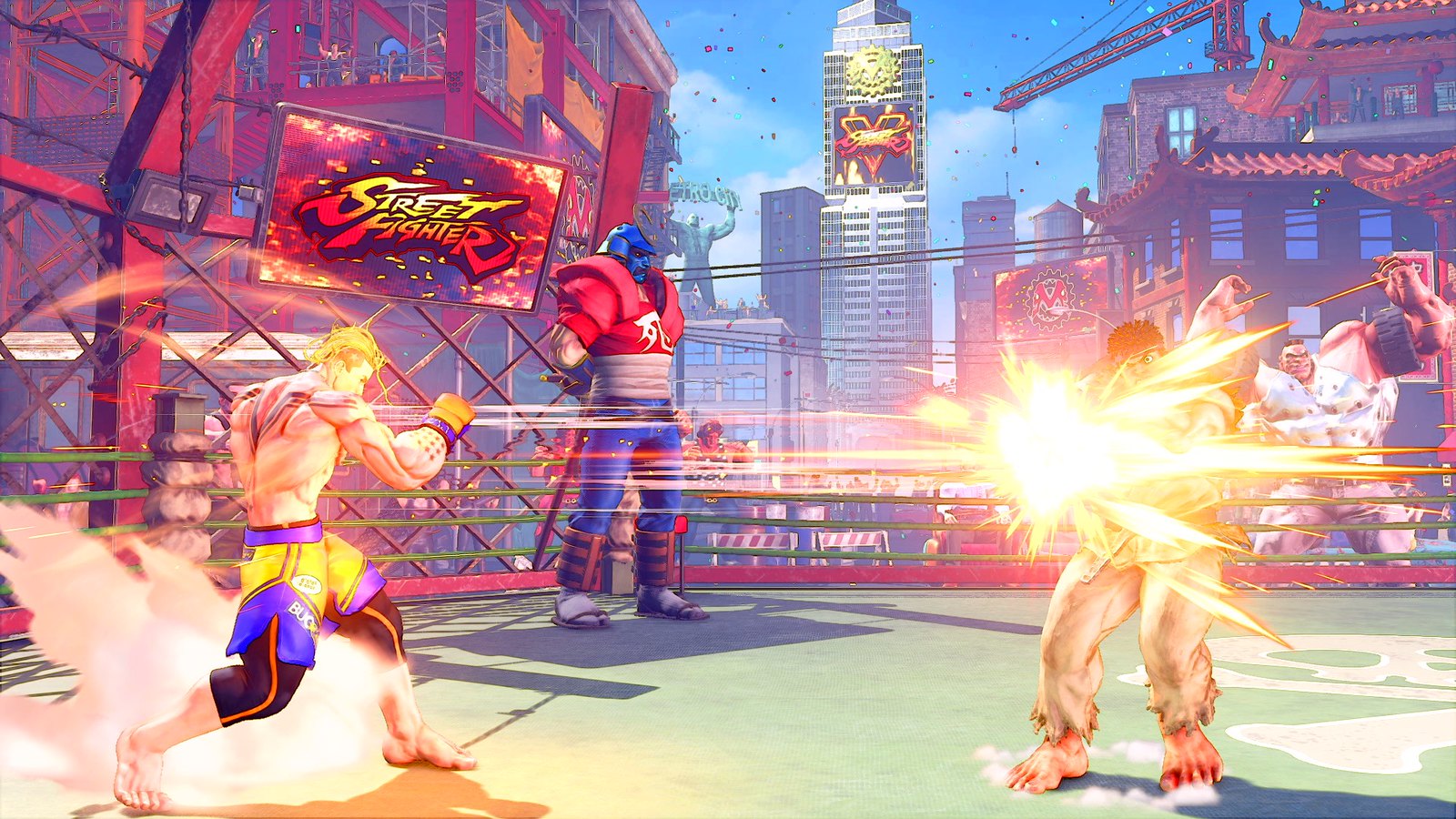 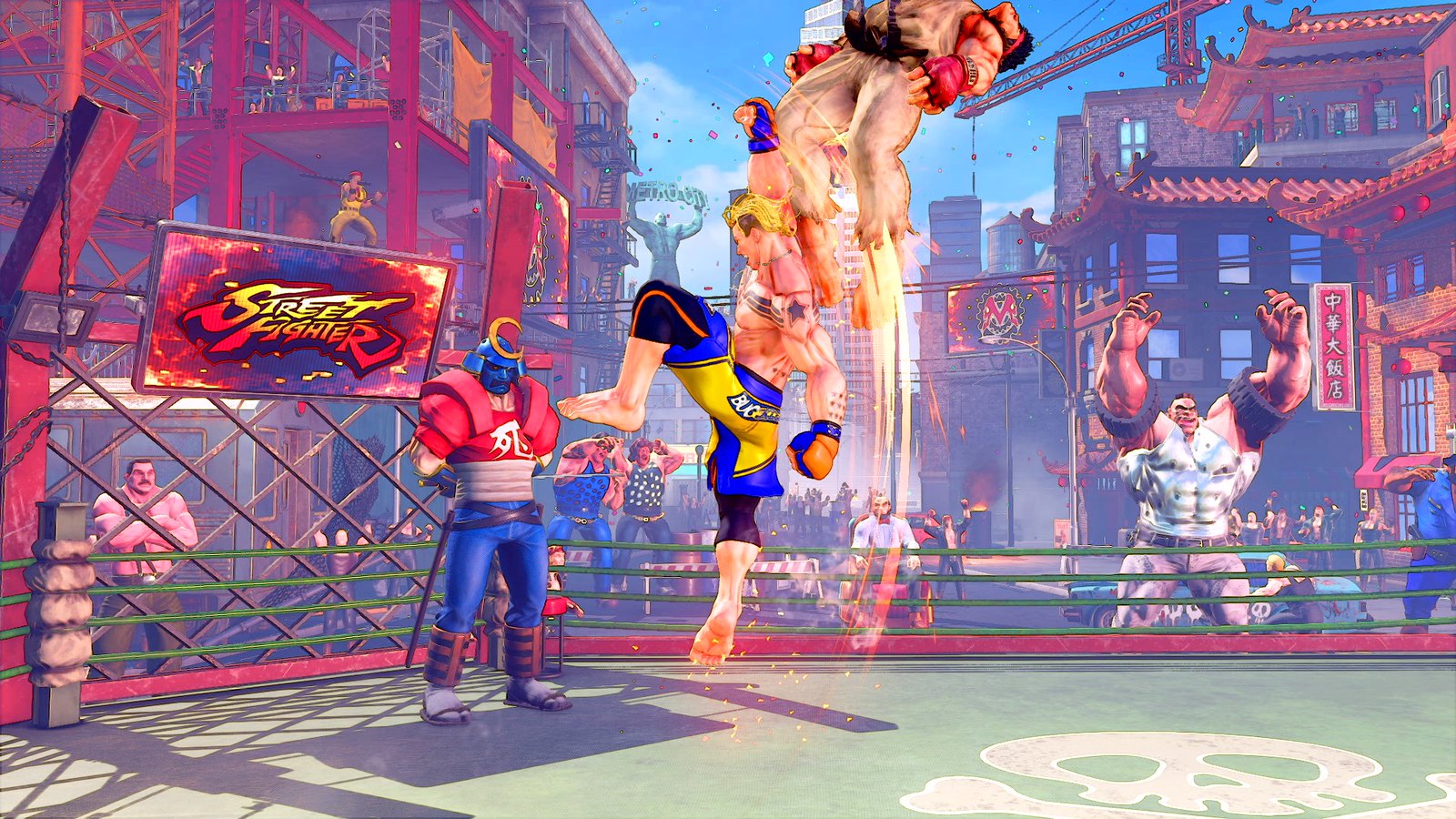 “Rising Rocket” is his anti-air

“Avenger” is a forward-moving dash Luke can string into combos and lets him cover more ground. It has two follow ups: “No Chaser,” a shoulder charge that’s integrable into combos, and “Impaler,” a mid-range overhead kick. 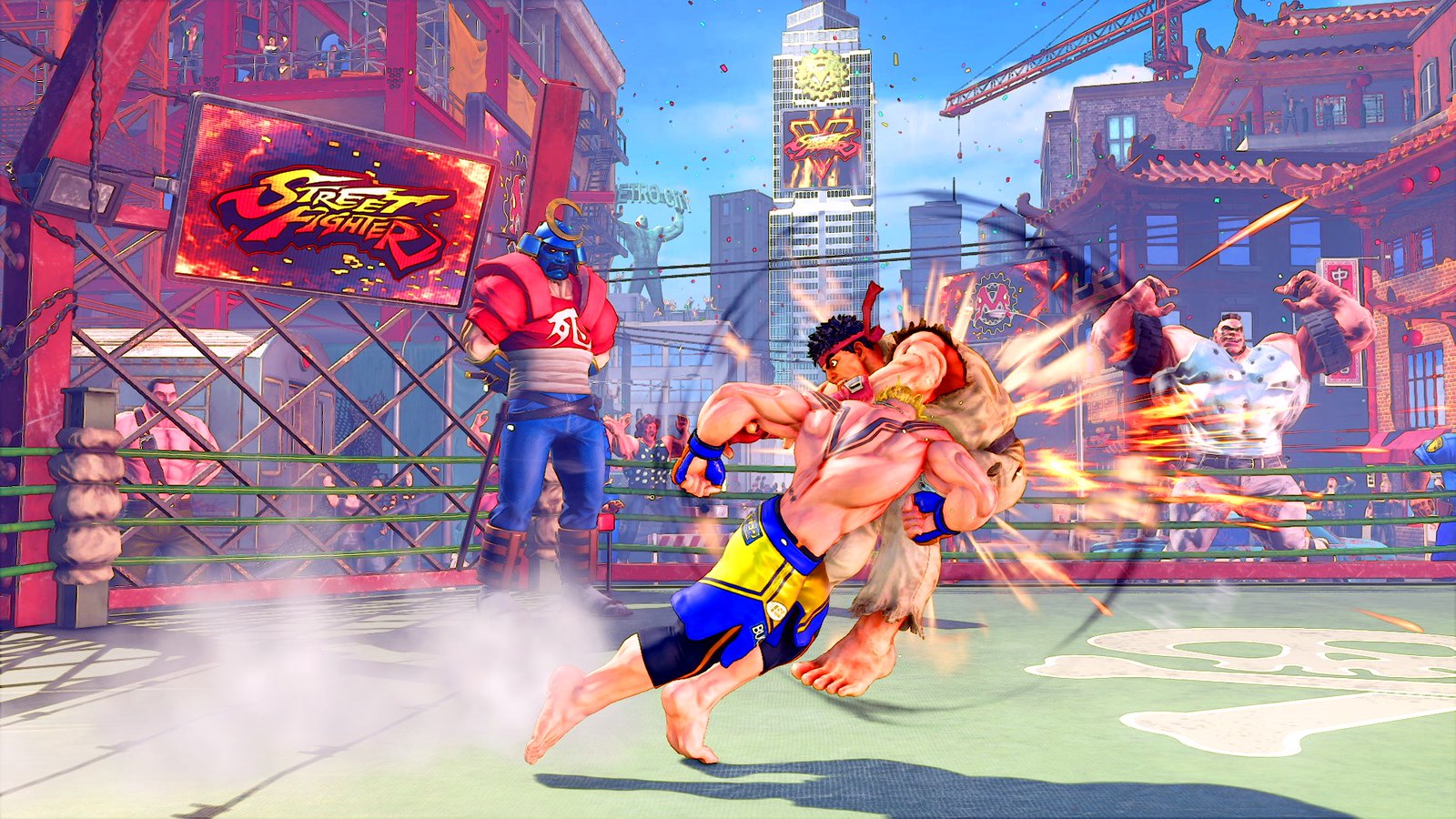 “No Chaser” is a tackle that leads to combos 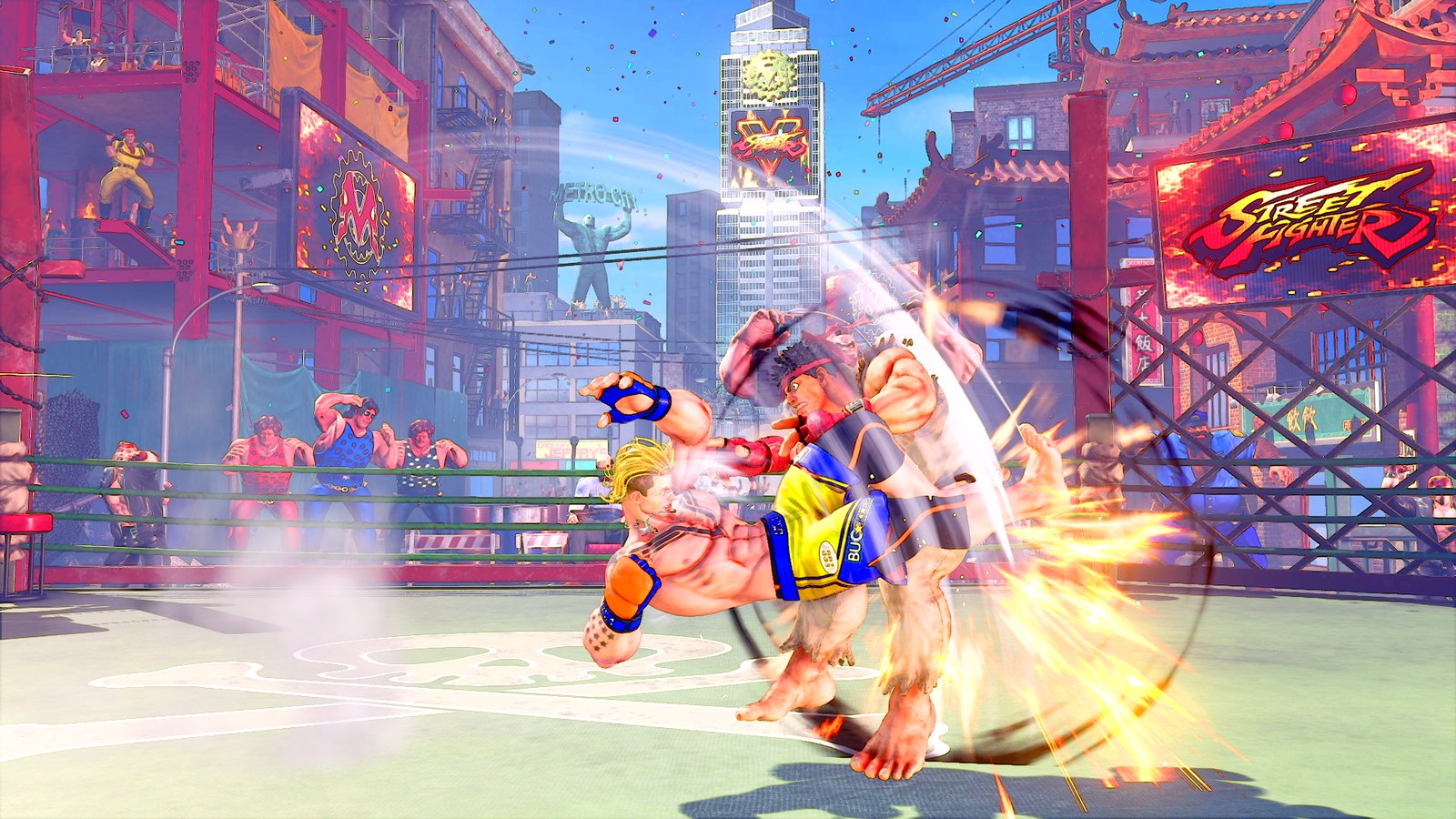 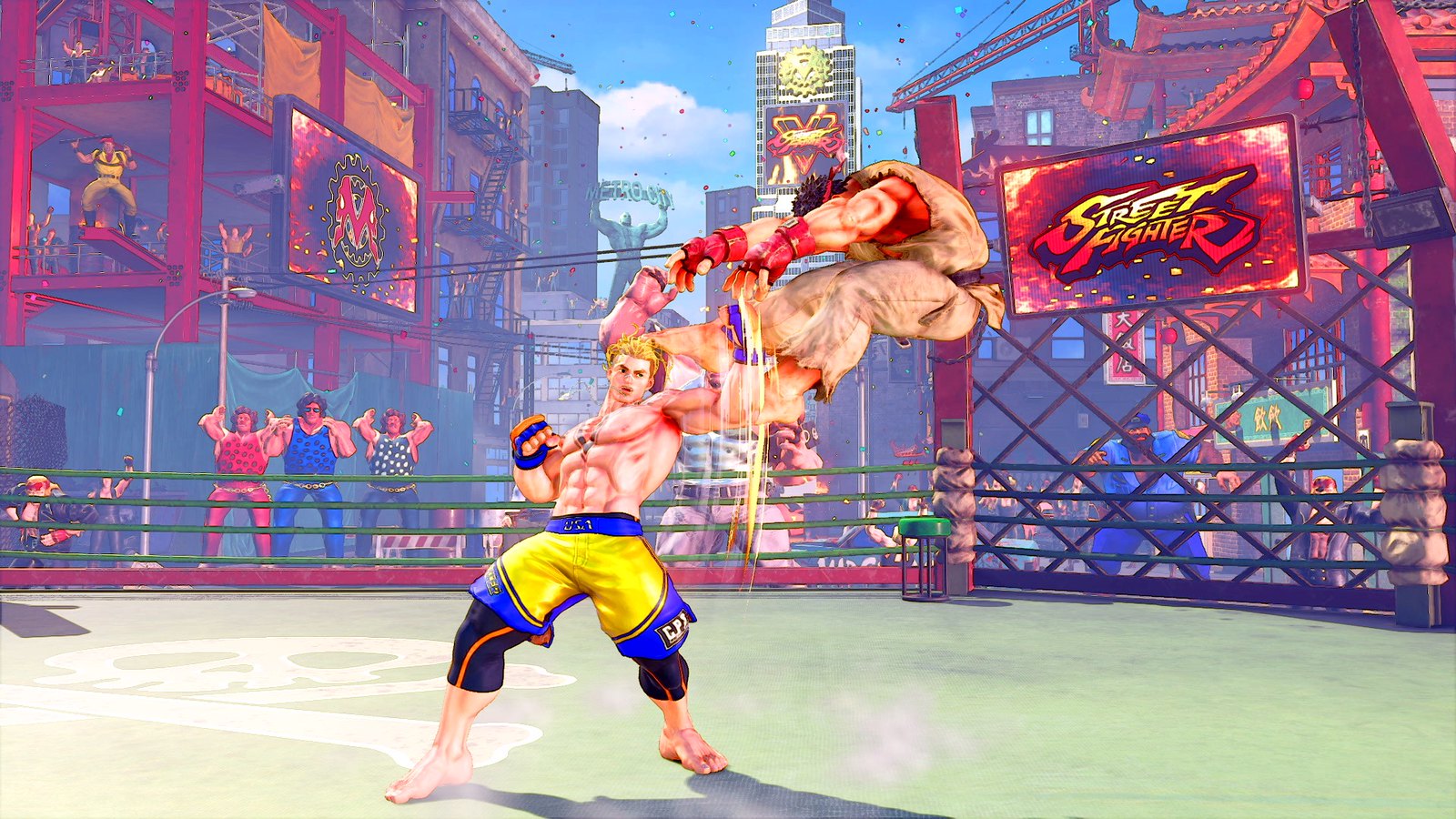 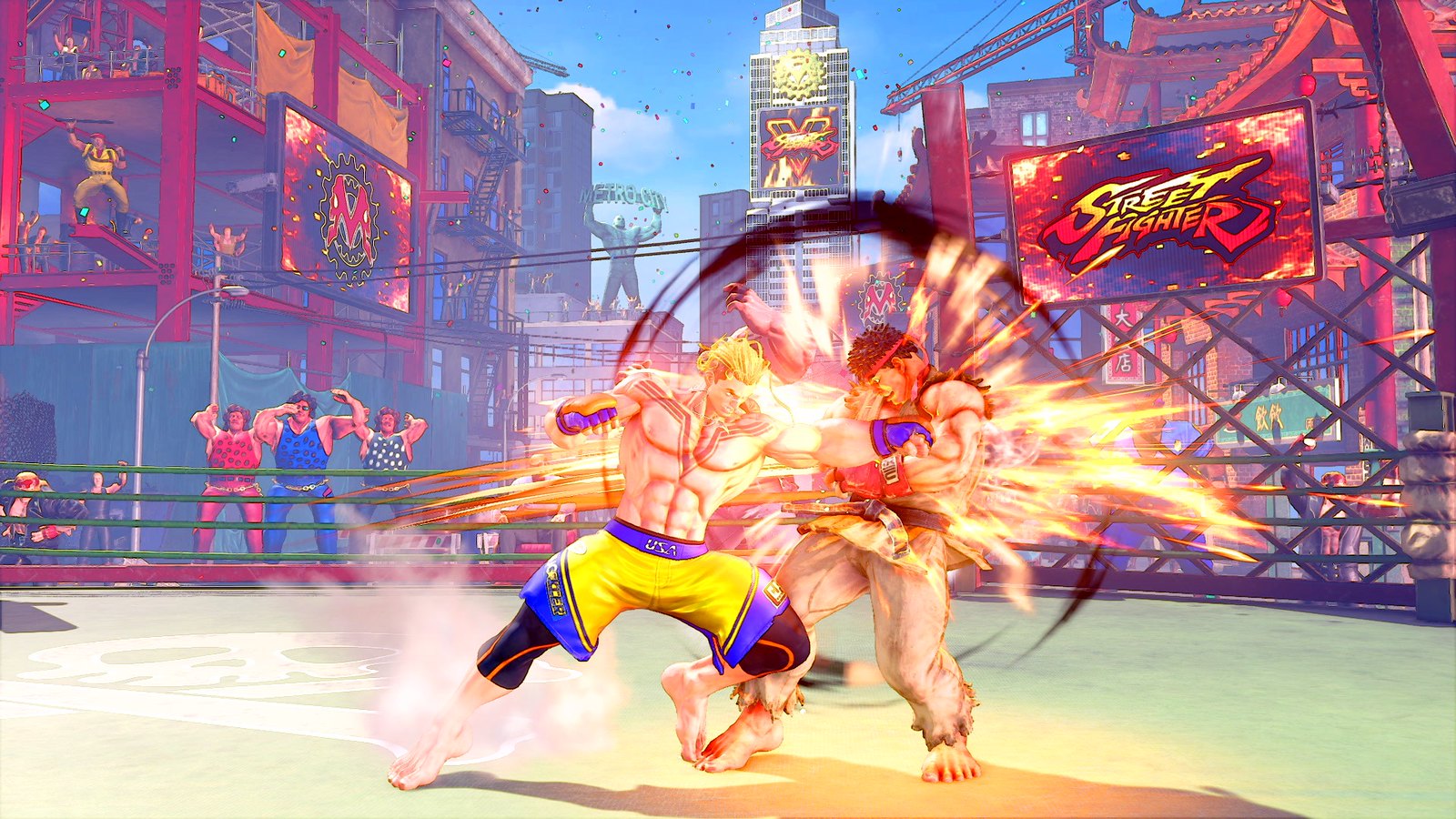 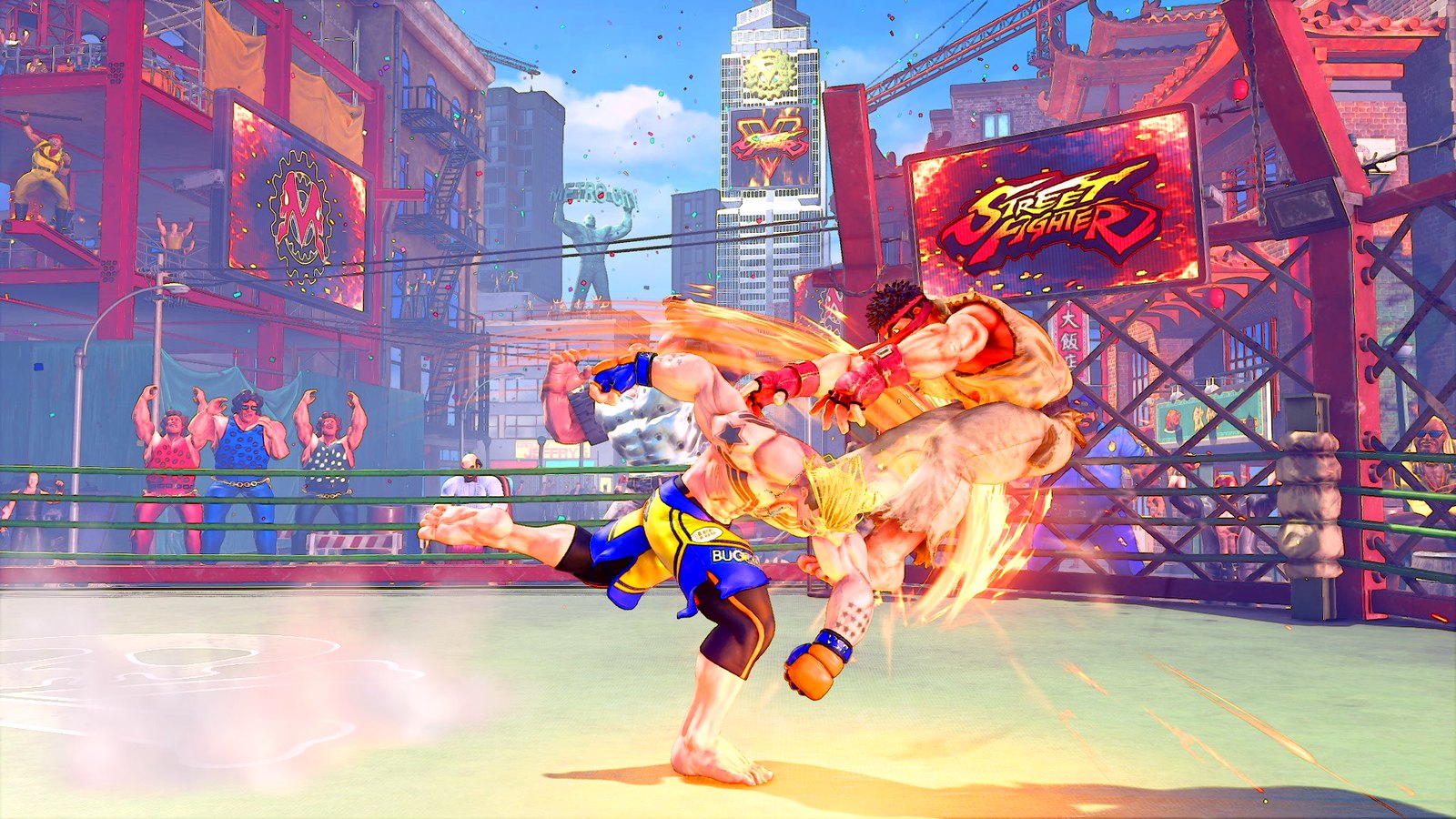 Holding punches executes a charged version of “Flash Knuckle” and gives it different properties, depending on the button pressed.

A Familiar Yet Unique V-System

Luke’s V-System, while familiar, has special properties, especially with his V-Triggers. His V-Skill I, “Hard Shot,” charges up “Flash Knuckle” without having to hold and charge the move. If you charge after using “Hard Shot,” it executes an enhanced version with more damage and combo potential. 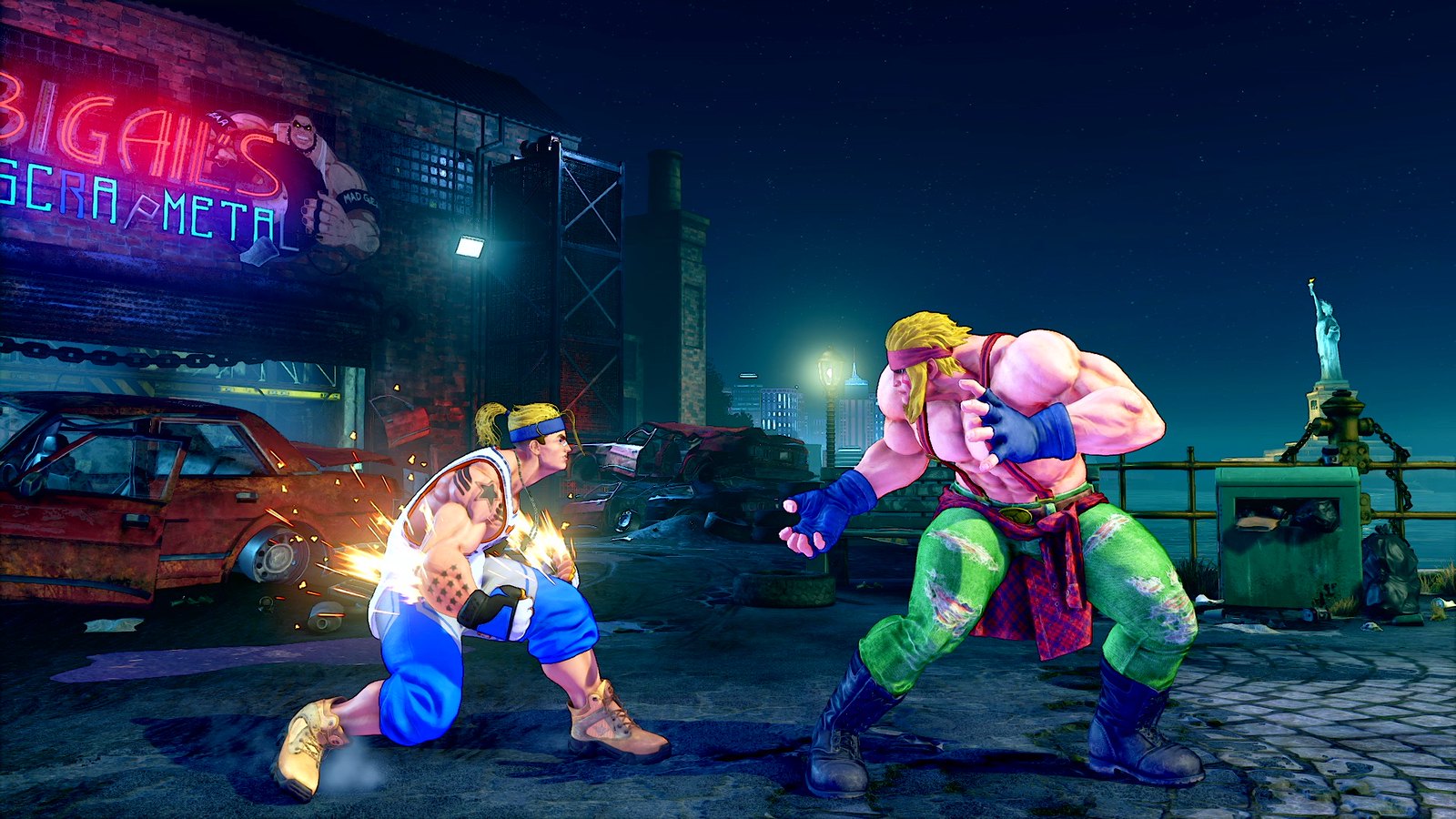 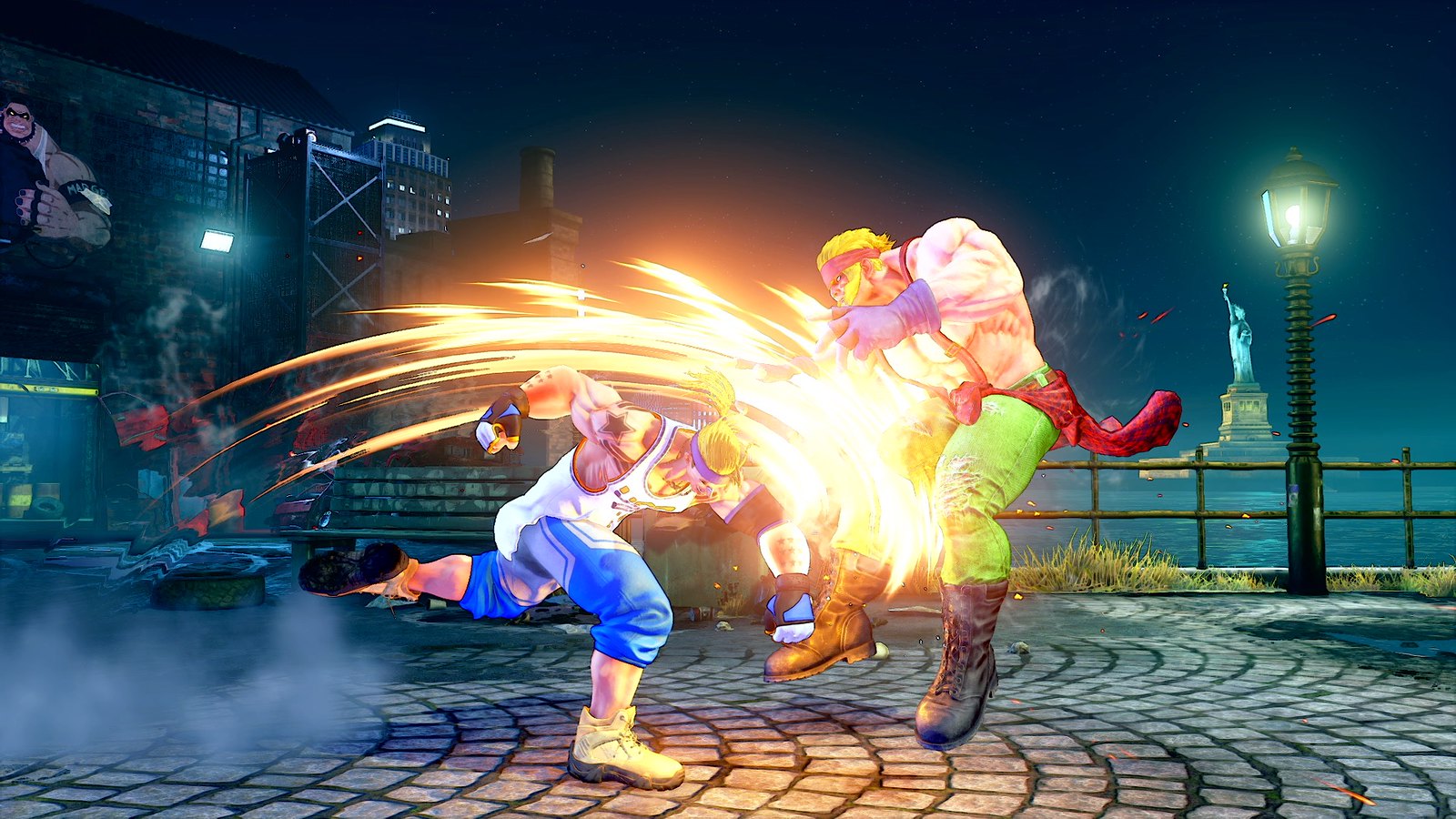 V-Skill II, “Suppressor,” has Luke take a quick step back before executing a body blow. Different from a parry, it excels against throws and command grabs when timed properly. While seemingly defensive, this move keeps Luke on offense by making accurate reads and suppressing escapes. 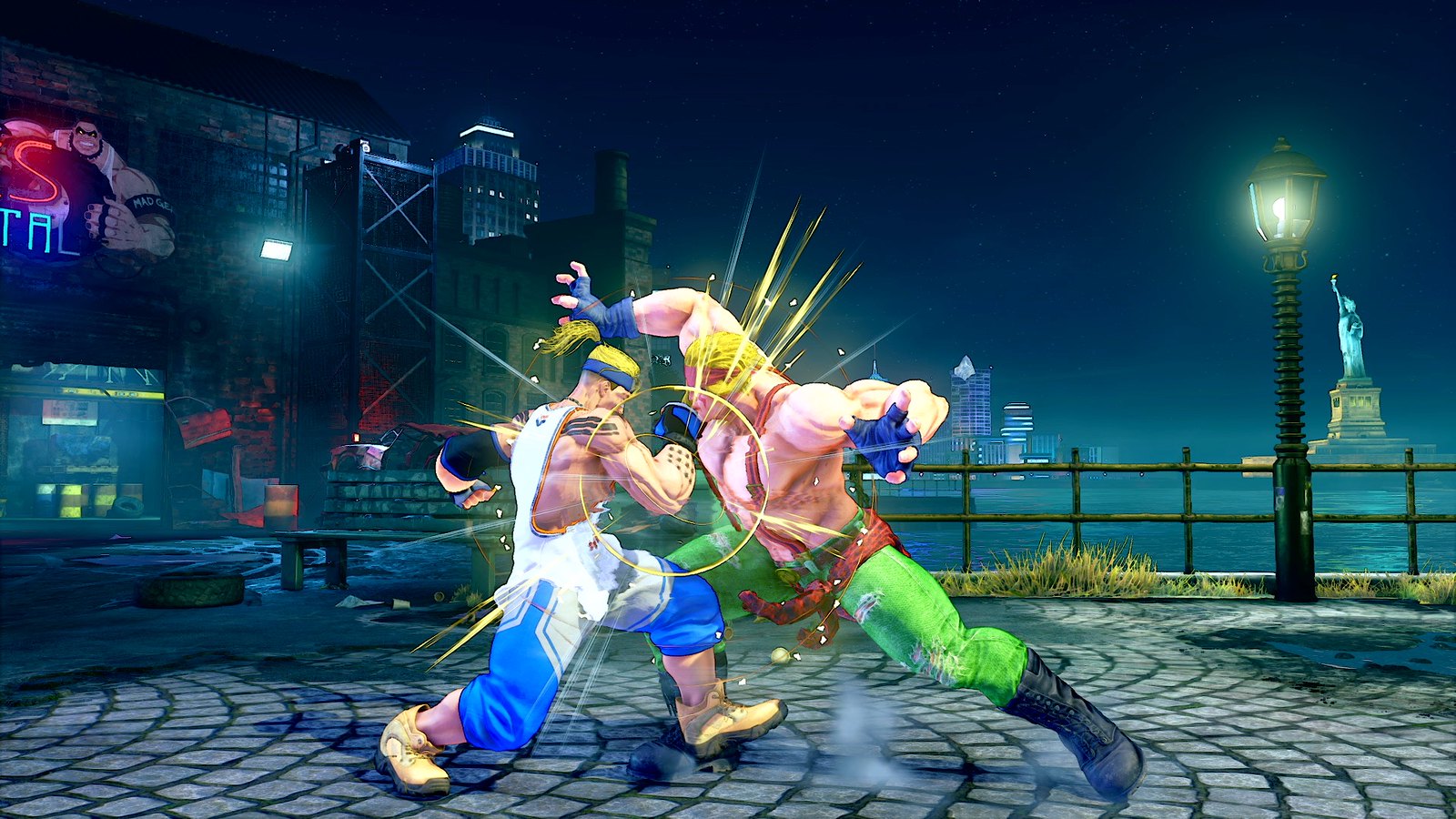 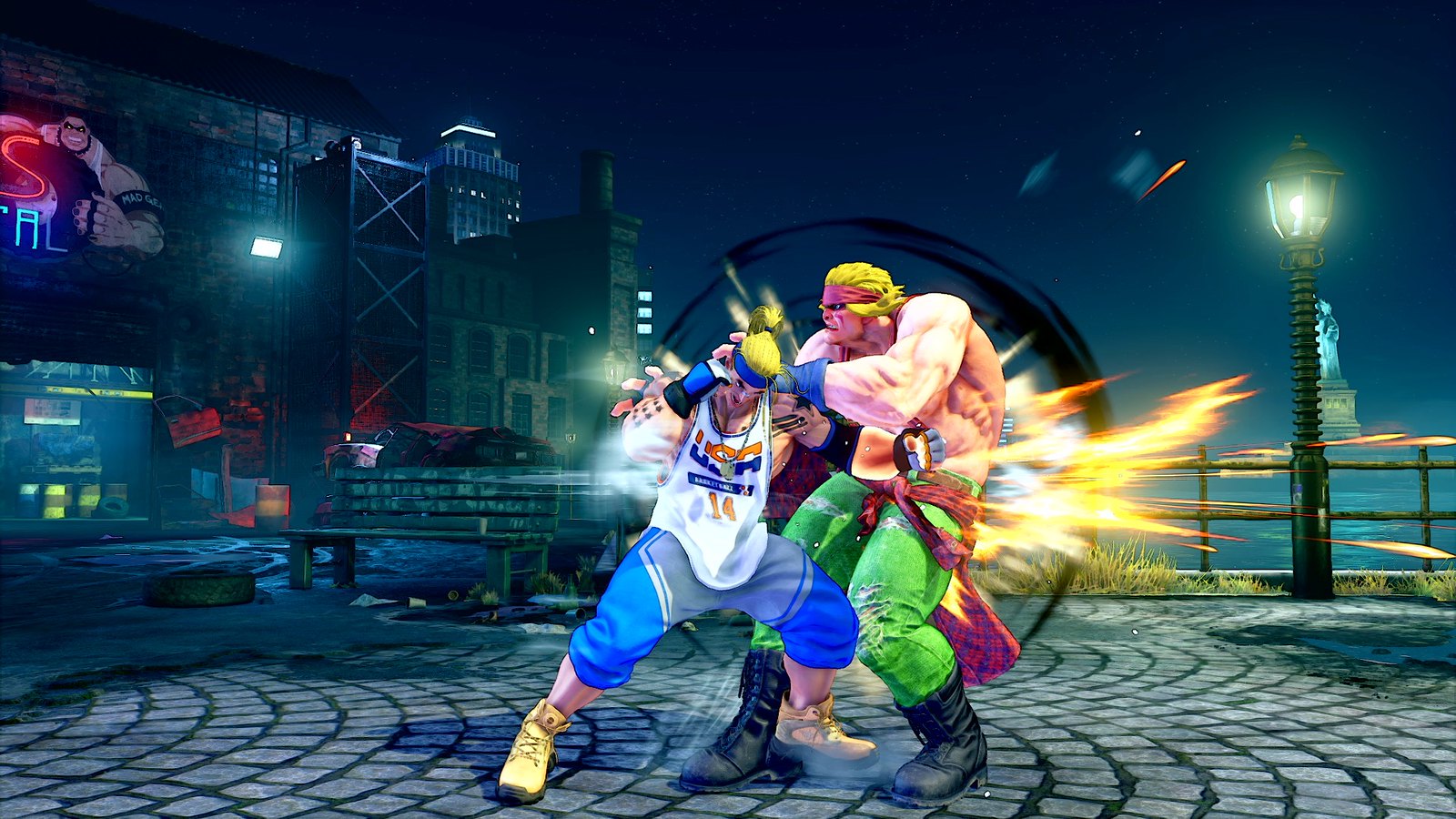 Luke’s V-Triggers are unique, as both cause his V-Gauge to become a timer that continuously fills in a neutral state. Additionally, Luke can gain V-Timer by doing damage. Conversely, he loses V-Timer when getting hit or using his V-Trigger moves. These are the first SFV V-Triggers to increase V-Timer as you do damage. This also forces opponents to approach and prevent Luke from maintaining a filled V-Timer. 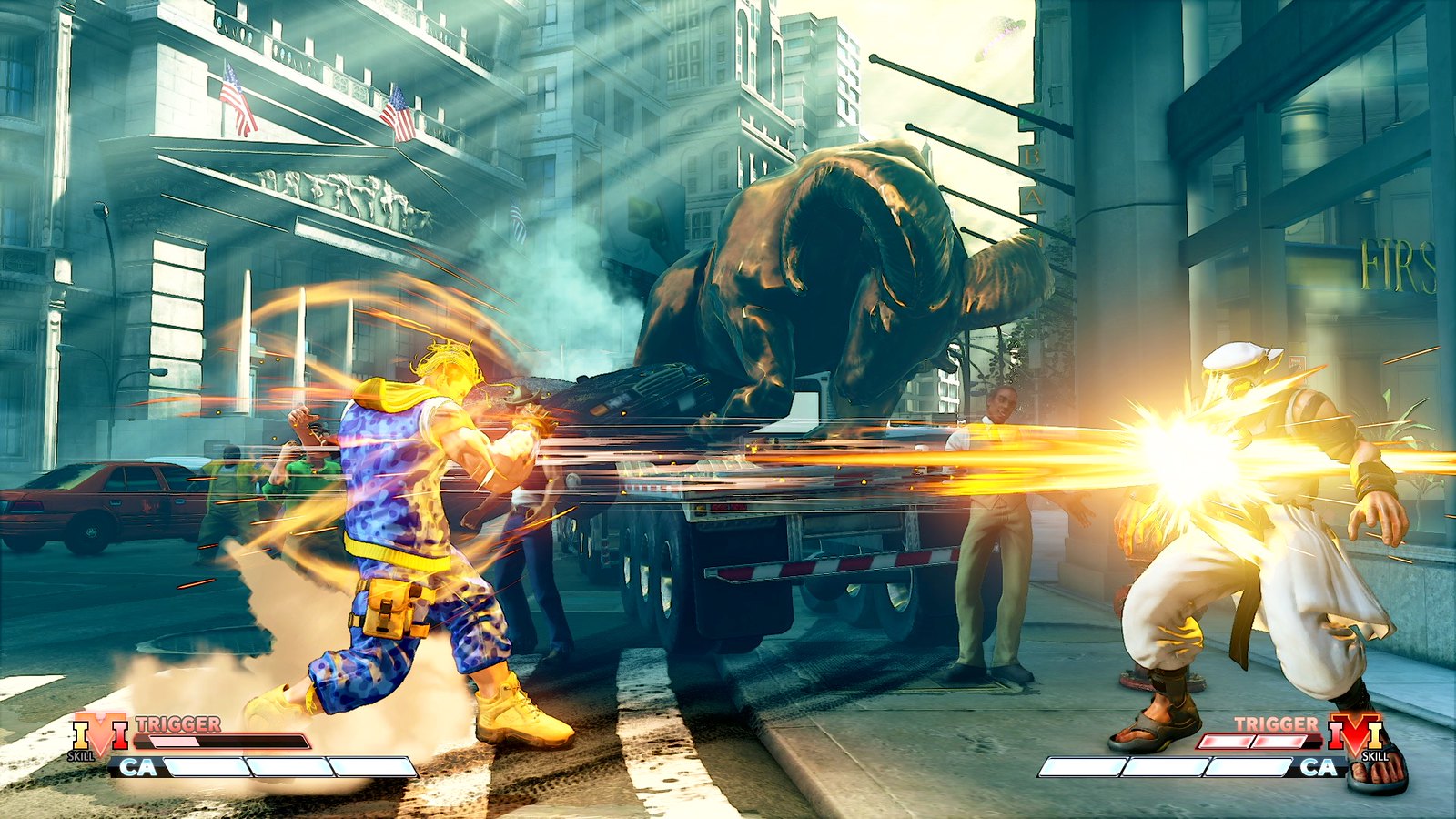 “Thermobaric Thrash,” is only executable off an EX “Sand Blaster.” This adds tons of damage but EX meter must be utilized wisely. 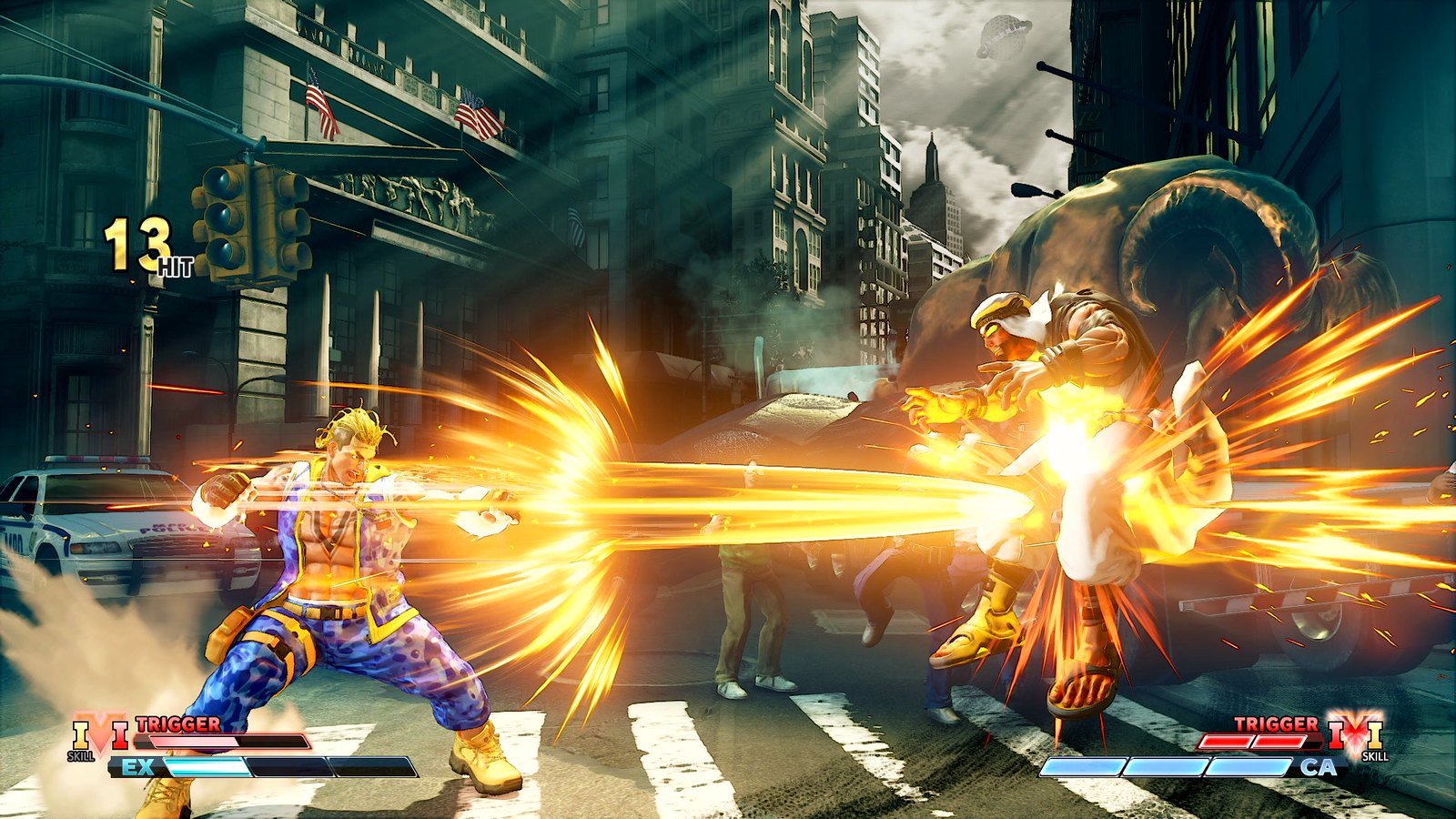 V-Trigger II, “Vanguard,” lets Luke cancel any “Flash Knuckle” into another of a different strength. This opens up previously unavailable combo paths, allowing Luke to double up on “Flash Knuckles” in his combos. 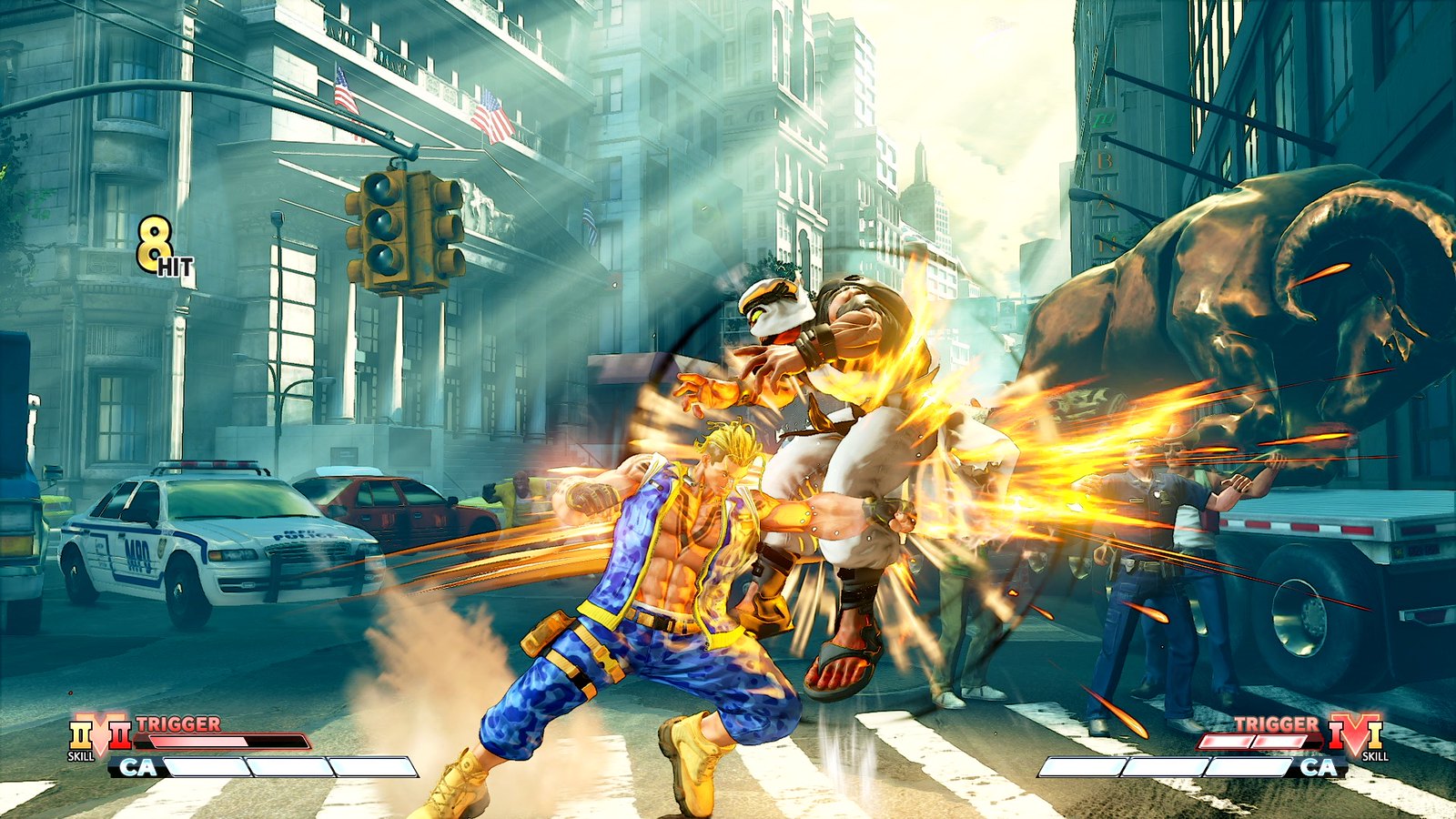 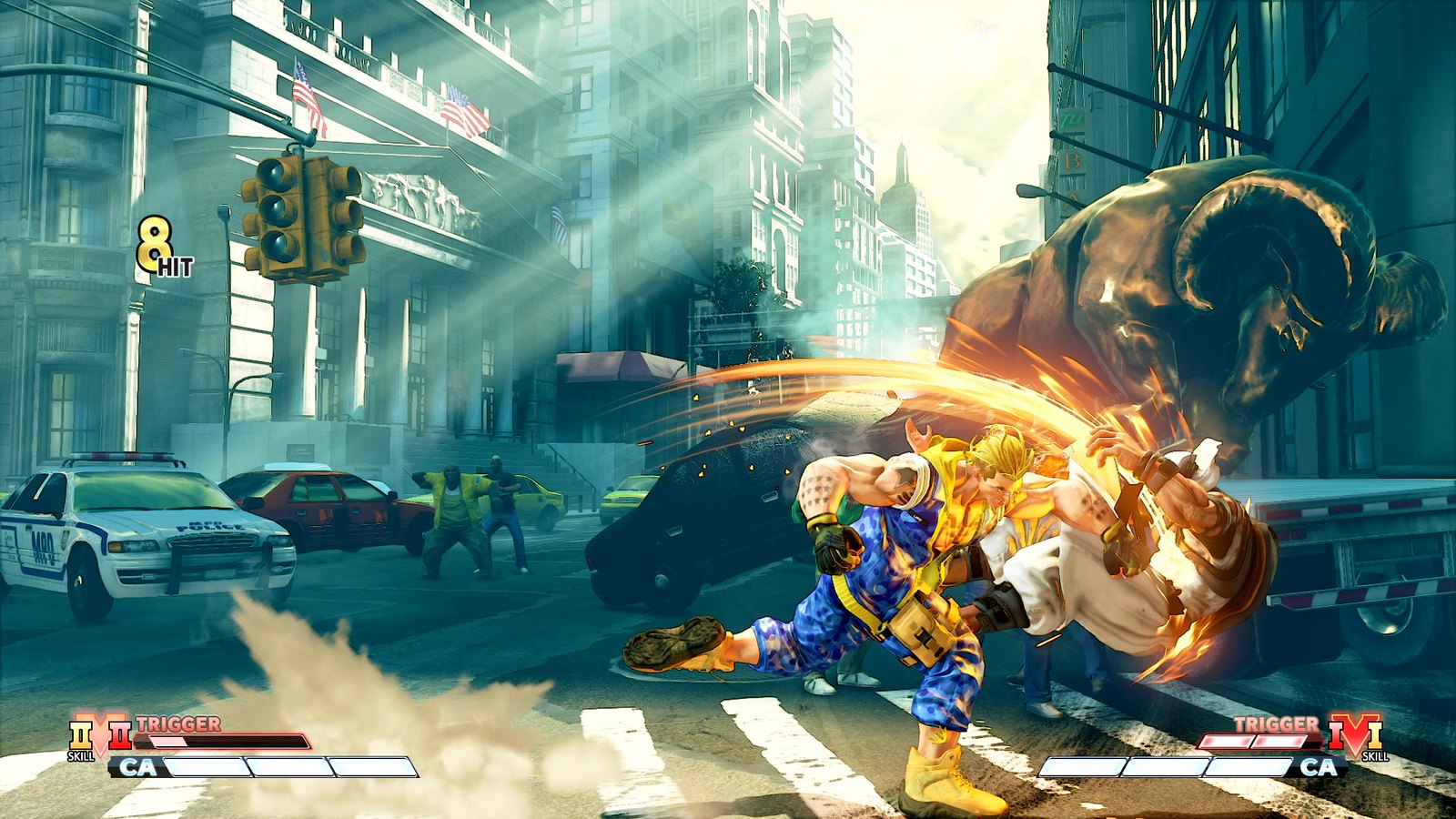 “Vanguard” can string together “Flash Knuckles” of different strengths for extended combos and extra damage!

Luke is fully armed and ready to fight on November 29th with additional costumes. Make sure to prepare before Luke joins the fight by picking up the Season 5 Character or Premium Pass. 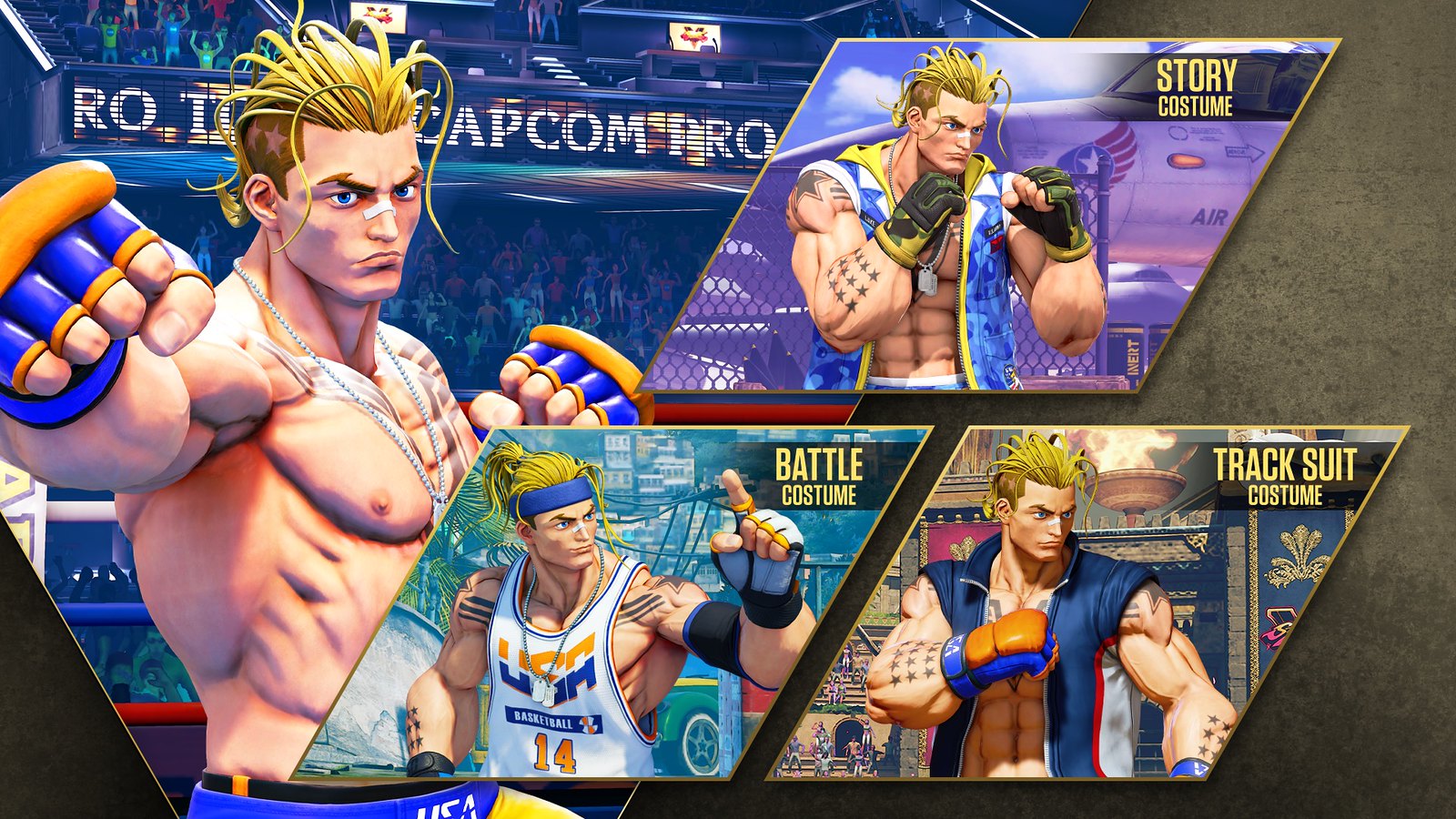 Now that we know how Luke plays, let’s see him in action.

To help celebrate SFV’s final character launch, discounts are available and a Free Trial is running through November 29 that grants access to all characters from Seasons 1-4. 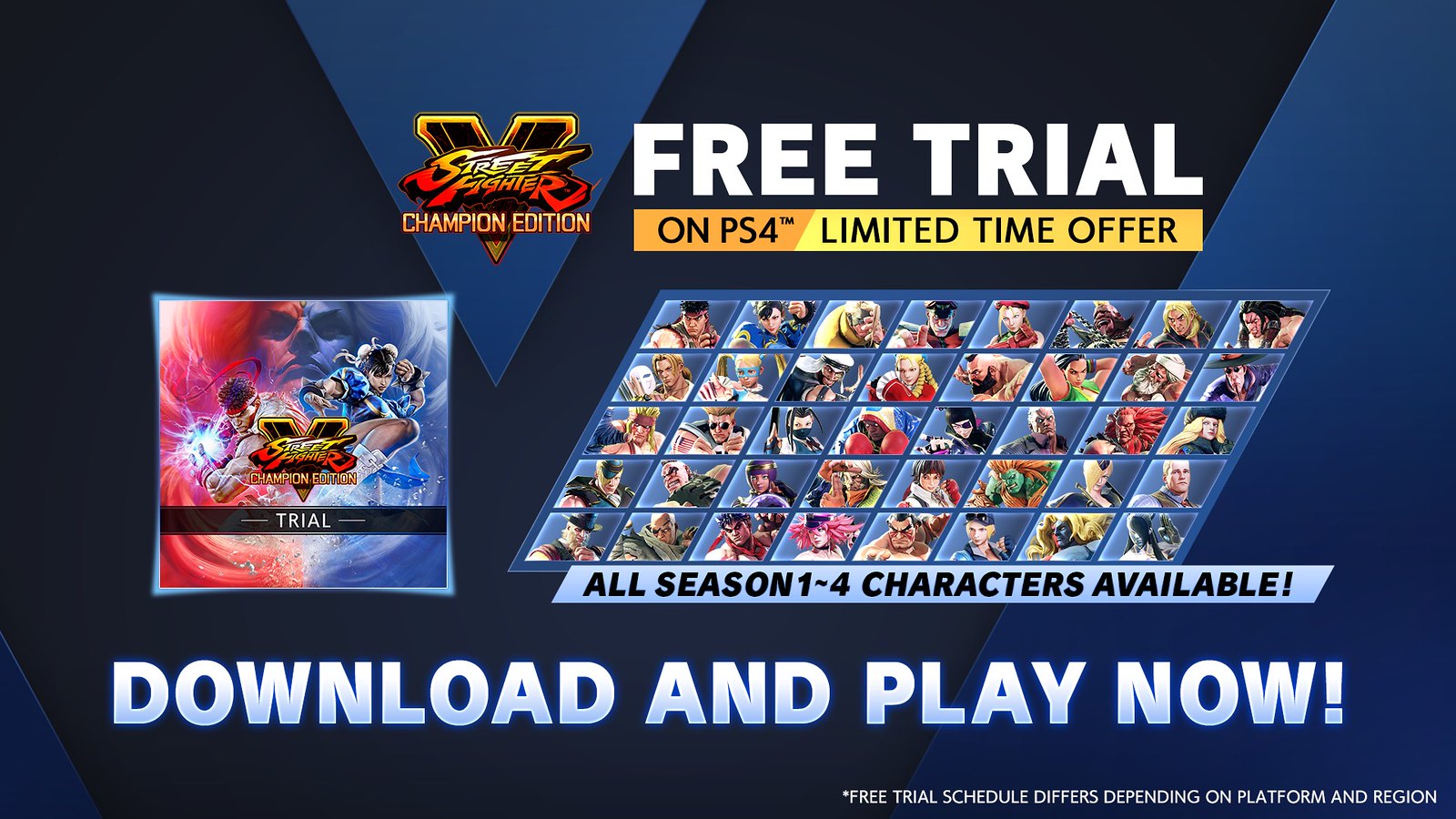 A limited-time free trial of Street Fighter V: Champion Edition is available on PS4 now. Includes all characters from Season 1 to 4. 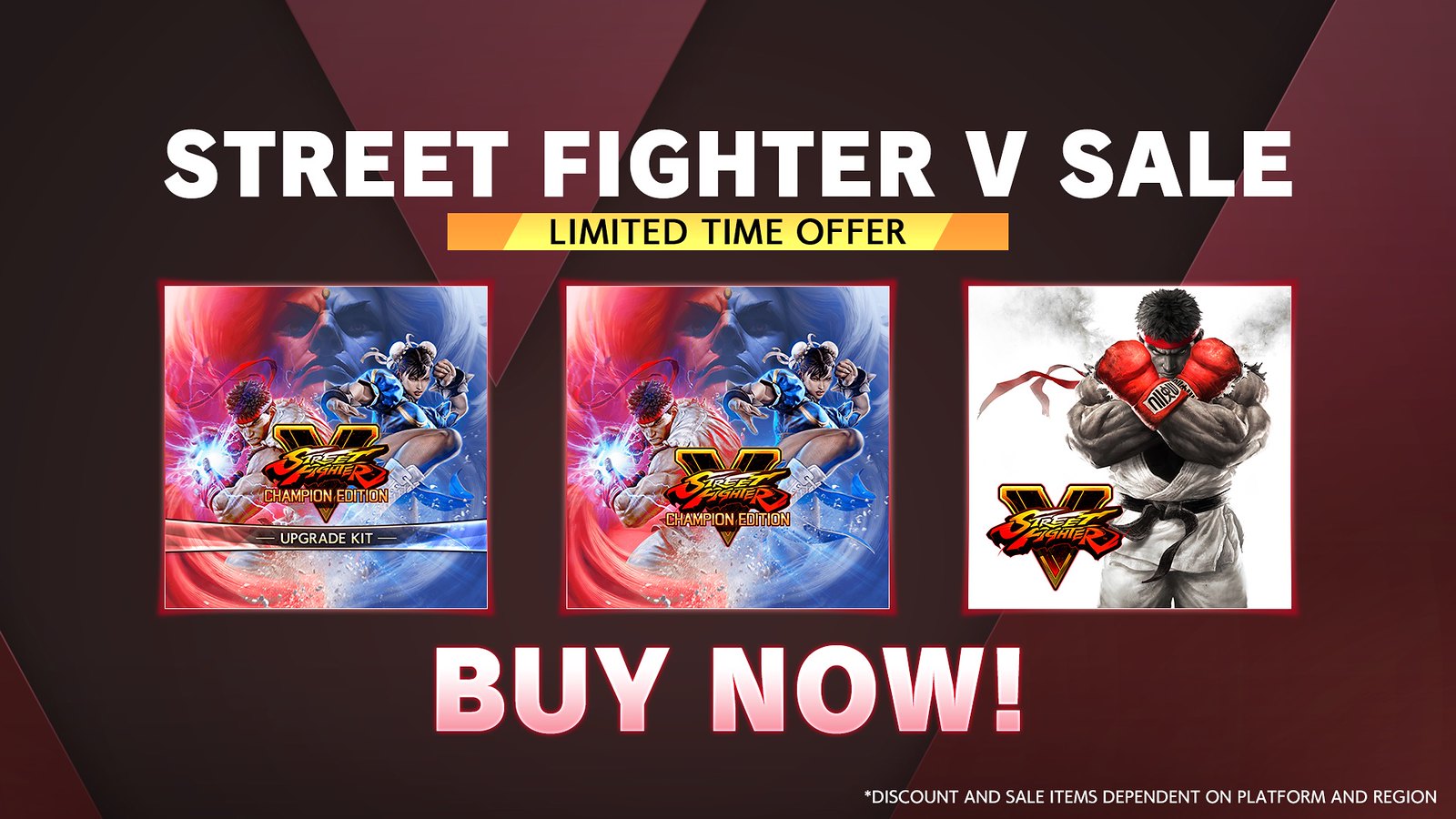 And that wraps up the final SFV digital event. Thanks to everyone who tuned in to the SFV Fall Update, and every update we released since we started in Summer 2020. We owe their success to you, the players, who have continued to support us. We’ve been watching everyone’s reactions and are grateful for your passion for Street Fighter.

While Luke brings an end to our SFV digital updates and character releases, we’ll continue to support SFV. After Luke’s is released, our next SFV update will be the Battle Balance update coming in March 2022. We hope you’ll enjoy Luke in SFV and you can look forward to seeing more of him in the next Street Fighter project. Goodbye for now. We’ll be back next year with more Street Fighter news!