While I enjoyed my time with 343 Industries’ entries in the Halo series, neither Halo 4 or Halo 5 impacted me like the original trilogy. I used to play endless hours of multiplayer with friends and would even travel to different states to participate in grand LAN parties in a friend of a friend’s basement. Months were spent messing with vehicle physics, developing capture the flag rivalries, or dissecting maps to learn the most efficient ways around. Halo hasn’t given me that kind of excitement or experimental experience in a long time. That is until I felt a glimmer of it in the recent technical preview of Halo Infinite.

Running over the course of last weekend, this first flight of the Infinite tech preview was limited to 4v4 Slayer matches against bots, which received savage AI upgrades each day of the test. Given the smaller skirmishes, the maps available were of a similar scale, though I never felt trapped or found myself spawned directly into a firefight. Each area has plenty of ways to get around. Due to the density of hallways, corridors, and more open battlefields, I never lacked the choice to attack someone’s flank or run directly into the conflict. 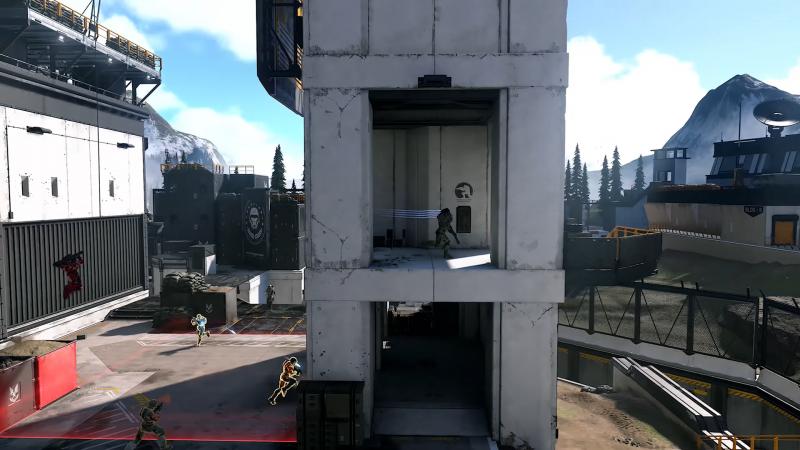 After playing a few matches to feel out the controls, I was surprised to be falling into my old Halo habits. Laying in heavy assault rifle fire while I closed the distance and finished off my target with a swift hit to the face was my first classic recreation, and luckily, the tactic still pays off. The movement speed of the heavy, mechanical Spartans is meant to be slower than Call of Duty operators or the Legends of Apex, and the interpretation in Infinite feels how I remember the Master Chief moving, even down to the floaty jumps. Classic Halo has those little hard-to-replicate intangibles, but in my time at war against the bots, 343 is nailing the feel of the early games.

343’s vision for Halo Infinite doesn’t appear to be reverting to the exact Bungie mold of the original games but instead finding their essence and building upon it. Halo 4 and 5 had some great ideas that have been brought forward into Infinite, albeit with a few tweaks. Clambering up walls makes its return from the previous game and feels great so far. Whether I’m making my best parkour attempt by hopping across the tops of barriers or trying to catch an enemy by surprise, the ledge grabbing always feels snappy and natural. 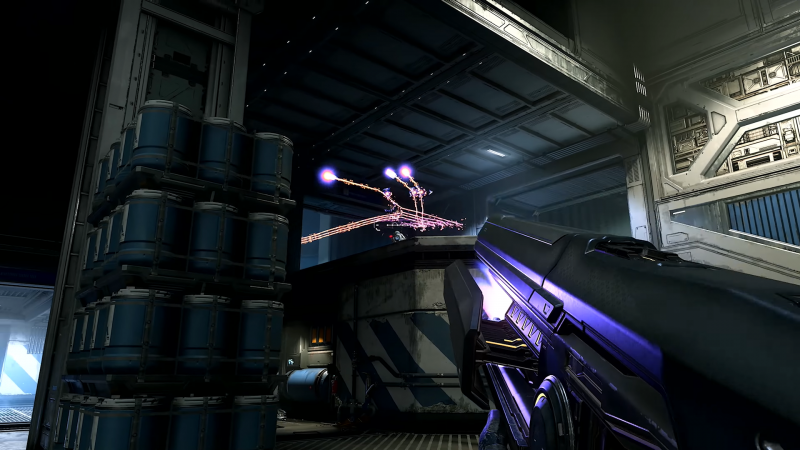 Deployable items such as active camouflage, motion sensors, and the versatile Grappleshot also make a return. Built for utility, the Grappleshot lets a Spartan snag a weapon from afar (even while it’s midair!), zip to hard-to-reach areas, and pull them straight into the personal bubble of an unsuspecting enemy. While I didn’t have too many opportunities to use it, flinging my heavy frame into the air to attempt a tricky shot across the map was exhilarating. Aiming and shooting the new accessory is surprisingly accurate and useful in the right hands. I can’t wait to play around with it more and explore the possibilities it opens in battle. The drop wall, which I did have more experience with, isn’t exciting on paper but saved my life multiple times. Standing behind its tiled barrier gives a shot or two of protection in any given square of the energy field. These tiles provide just enough cover to let you stay alive in a firefight or spot an escape route, though you’ll have to be mindful of which side you’re on because it only provides one-way protection.

Halo’s core suite of weaponry is coming along nicely with the Assault Rifle, Plasma Pistol, Battle Rifle, and Needler delivering similar performance to their Halo 3 counterparts. Even though it’s not the Halo: Combat Evolved super pistol, the default sidearm in Infinite is a great option to keep on hand. I found when a target is far enough away for the Assault Rifle to hit reliably, or I only had a tight space to shoot through, this pistol is more than capable of effectively getting the job done. 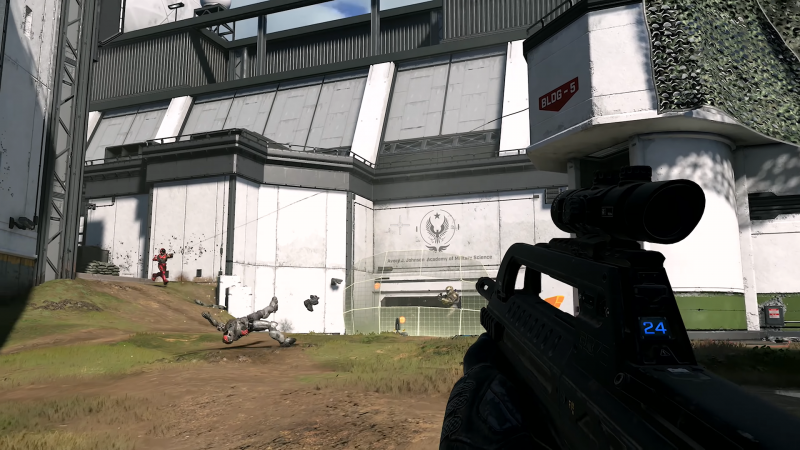 My issues with the arsenal I tested lie with some of the newer firearms. Specifically, I was disappointed with the Heatwave, a new forerunner weapon that fires a line of ricocheting fireballs in vertical or horizontal formations depending on its firing mode. Its vertical mode, which I assume is designed to dispatch single targets quickly, never killed quick enough on direct hits and was never a better option than less flashy weapons.

After the technical preview shut down, I immediately reinstalled the Master Chief Collection so I could keep enjoying Halo multiplayer. A week ago, I wasn’t expecting to play Halo Infinite and was disillusioned with the franchise. But after spending some quality time with it, Microsoft’s flagship game for this holiday season is now at the top of my most anticipated games of the year list. Most of my time with the technical preview was a blast, and while connecting to servers was sometimes an issue or gameplay would freeze mid-match, those are the kinds of bugs these tests are used to weed out. I can’t wait to check out the upcoming flights and the final product when it launches (hopefully) later this year.