For newcomers to the FIFA series, sprinting down the pitch and converting tight through-passes or high-arching lobs into game-winning scores is invigorating. Crowds go wild, the camera shakes to match the roaring intensity, and Paulo Dybala performs a backflip as his teammates whoop in excitement. Moments like this are fun and exhilarating, and you don’t need to follow the long-running series’ year-to-year adjustments to appreciate them – though seasoned veterans may be disappointed by the minor strides forward.

Instead of implementing revolutionary changes, EA Vancouver uses FIFA 21 as an opportunity to refine moment-to-moment gameplay. Keeping the ball feels intuitive, especially when you fake out aggressive defenders with skill moves like the bridge dribble or ball roll fake turn. Moreover, setting up fluid passes between multiple players with the flick of the right stick makes movement approachable for gamers of all skill levels. As a whole, the gameplay feels streamlined and entertaining – but the package is about more than the on-pitch action.

FIFA 21’s atmosphere and presentation are stellar. I always enjoyed seeing jerseys crease and crinkle at slight movements, or watching players flex their muscles after driving the ball into the opponent’s net. The animations are smooth and don’t have many collision issues. Nevertheless, I noticed some occasions where a celebrating scorer would slam into a net or run through a divider into the stands. These moments are immersion-breaking, but don’t occur often enough to drag the game down.

FIFA 21 still has an array of classic modes. Ultimate Team lives up to its reputation for fierce competition, but skill-level disparities feel unfair since microtransactions lead to faster progression and better team builds. You have multiple offline and online options to earn Ultimate Team coins – run with friends and compete in Division Rivals and Squad Battles or dive into uniquely-themed event playlists by yourself – but don’t expect to earn a large sum of rewards. Laborious grinding is an integral mechanic of Ultimate Team. Other multiplayer modes are chaotic fun, like 11v11 Pro Clubs, but returning players will find that it’s a carbon copy of last year’s version.

Career mode makes it easy to manage your club’s development. You can set up group training sessions before big matches to increase your team’s sharpness – a new attribute that affects the likelihood of executing game-changing drives or making pivotal defensive stops. A clean interface also allows you to keep tabs on your team’s morale and fitness, so you can fine-tune your plans to prioritize high- and low-tier players. I enjoyed transforming my substitute players into all-stars, and the challenging A.I. made these off-the-pitch game plans more rewarding. If the heavy management and logistics of career mode are too monotonous, you can dive right into the action with pre-made tournaments including the UEFA Champions League and the Women’s International Cup.

My favorite mode is Volta, with small-scale matches (either 3v3, 4v4, or 5v5) similar to what I imagine organized street-football would look like. You start by creating an avatar, customizing your squadmates’ appearances, and deciding on a team logo/name. Volta’s quick-play matches take you around the world to wonderfully-realized locations – Rio de Janeiro’s favela-themed map is a standout – and are the fastest way to earn modest portions of skill points and currency which can be exchanged for new abilities and clothes respectively. Even though Volta’s wardrobe is extensive, it hosts an utterly lackluster collection of gear that ranges from generic jerseys to monochromatic sneakers. On the other hand, purchasing ability nodes on your avatar’s skill tree customizes the gameplay experience in satisfying ways. Do you prefer to make clutch passes and pad your assists or would you rather be a relentless scorer? Additionally, players from other Volta teams can be recruited, but if you want to play alongside famous footballers like cover athlete Kylian Mbappé, you have to grind against the A.I. and clear a list of monotonous challenges.

FIFA 21’s brief single-player story, The Debut, pits you against a number of amateur Volta teams in order to secure a spot in the Dubai Streets and Icons Championship. The Debut’s narrative and characters are forgettable, but it serves as a great way to earn a substantial amount of skill points and currency. Volta emerges as a nice break from the structure of professional football, but when you factor in the miniscule pitch and the lack of footballers on the field at any given time, it becomes evident that the game mode prioritizes one playstyle: speedy aggression. Because of this, matches teeter between being a breeze or downright punishing.

The graphics and gameplay of FIFA 21 deliver fun and functional football, but its ambitions don’t extend far beyond that. Over time, the grinding leads to burnout and boredom, and the gear and rewards you’re working so hard to obtain are rarely satisfying enough to make the chase worthwhile. Nailing the fundamentals is important, but it takes more than that to be a real winner. 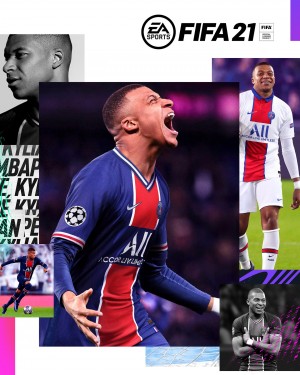 Summary: FIFA 21 is entertaining, but the constant grind can make progression a slog.

Concept: Keep track of your favorite professional club with small quality-of-life changes or lead your own amateur street-football team in a new story-mode experience

Graphics: The faces and animations look great, but player models are stiff and robotic during pre- and post-game cinematics

Sound: Rapturous chants are a ceaseless reminder that you’re playing the most popular sport in the world

Playability: Skill dribbles are a challenge to execute, but when you outplay a goalkeeper to make a flashy score, you know you’re probably doing the right thing

Entertainment: The Volta and Career modes are fun and engrossing for a time, but they don’t add much substance for players familiar with last year’s installment