Skip to content
ASNF 2 years ago 3 min read
Fragments of the Source Wall, a solid barrier surrounding the Multiverse, are raining down on...

Fragments of the Source Wall, a solid barrier surrounding the Multiverse, are raining down on the island nation of Themyscira. The Amazon’s magnificent home is now dimensionally-patchworked as the multiverse they once knew is collapsing and merging around them. The Sphere of Gods, home to the gods and immortals that exist within the Multiverse, lies in ruins. The Greek Gods and the New Gods are thrown into turmoil as they scavenge for Source Wall fragments to their restore power. Unfortunately, their motives are not always for the good of the Multiverse.

What Amazonian could possibly save their home and the rest of the Multiverse? Our Diana – our Wonder Woman – but not on her own. It will take a Council of Wonder Women to face the gods. Join forces with Nubia, Flashpoint Wonder Woman, Red Son Wonder Woman, and more to restore power before it is too late!

Players on Xbox One will fight alongside dozens of other heroes and villains in a giant open world location of Patchwork Themyscira that includes more content and more rewards. Get ready to face raid-like world bosses like Steppenwolf, Kalibak, Athena, Hydra, and others with no loot locks so there is always content to enjoy. In addition to the open world, there is a new Solo (Wonderverse: Temples of Source Power), new Alert (Wonderverse: Crypt of Penthesilea), and new Raid / Elite Raid (Wonderverse: Fractured God Sphere). Plus, the rewards are inspired by Grail and the Amazons.

Even better, all players on Xbox One level 15 or above will be able to experience the event version free (Xbox Live Gold membership required) for a limited time!

New or Returning to DCUO?

Download DCUO for free from the Microsoft Store on Xbox One (Gold required). Once you start the game, choose your morality, mentor, and powers to use in battle. Then create and customize your unique character and start your adventures in the iconic DC Universe!

Now get out there and restore power to the multiverse before it’s too late! 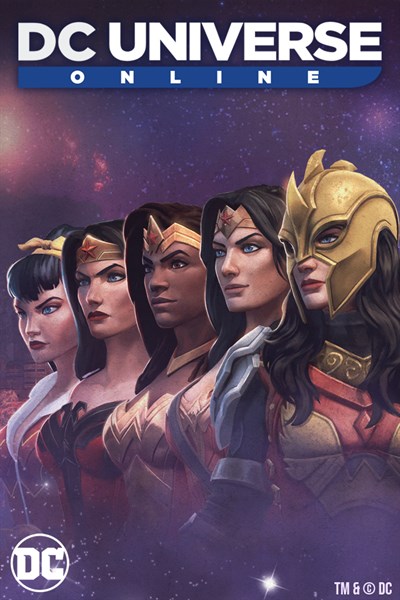 ☆☆☆☆☆
802
★★★★★
Get it now
DC Universe™ Online is now on Xbox One! Join thousands of other players in this Free-to-Play, massive online action game set in the popular DC Comics universe. Choose your side – Hero or Villain – and create your character to experience true action combat, as you fight alongside and against legendary characters such as Batman, Wonder Woman, Superman, Lex Luthor, and Circe.