Skip to content
ASNF 3 weeks ago 6 min read
The developers at From Software are experts at crafting adventures packed with the unexpected. Sometimes...

The developers at From Software are experts at crafting adventures packed with the unexpected. Sometimes these surprises take the form of a skeleton striking from the shadows, a hidden trap door, or a terrifying boss that changes gears mid-battle. Elden Ring contains those types of twists, of course, but the most astonishing revelation with this title is how much it shakes up the winning “Souls” formula while still delivering something satisfyingly familiar.

Bandai Namco invited me to enter the Lands Between to get a taste of the new open-world action-RPG. As a fan of the developer’s iconic Souls titles, I was excited to dive in and identify what new gameplay elements most shake up the experience. Read on for a top-level rundown of some big changes Elden Ring introduces to the From Software action-RPG catalogue.

Before jumping into the new, here are some of the fundamental Souls gameplay elements you can look forward to in Elden Ring:

Tough Bosses – From the hammer-flinging Grave Warden to the energy blades flung by Margit the Fell Omen, the boss battles on offer pack a level of challenge Souls fans have come to savor. Entrancing attack animations dovetail into devastating attacks, guiding you to study their movement and react to survive these fights.

Common enemies hit hard – Greed and laziness will be punished. Don’t underestimate common ghouls or random horse-mounted foes in the field. They will end you if you drop your guard.

Backstabs and parries – Block, roll, parry, and backstab your way through combat. Hard-earned muscle memory from past From Software games will come in handy.

Combat and Targeting  – The bread and butter of dealing light and heavy attacks feels similar, yet with a subtle smoothness layered onto the overall gameplay. Locking on to enemies and cycling between targets mid-combat feels simple and intuitive.

Leveling Up – Collect Runes (a.k.a experience points) by defeating enemies and use them to level up at “Sites of Grace” discovered in the world (similar to bonfires in Souls titles). You’ll drop Runes when defeated, so be sure to make recollecting dropped caches a priority.

Guidance of Grace – Shimmering trails of light extend from Sites of Grace, offering vague suggestions to direct your adventure towards areas of intrigue.

Open World – The Lands Between is a large open world, populated with powerful enemies, hidden treasures, side dungeons, and other points of interest to discover. The expansive terrain kept me constantly wondering what may be over the horizon. Unlimited stamina outside combat kept me hurtling towards my next destination.

Map – This key tool makes navigating the more open world smooth while preserving the key element of discovery. Collect map fragments to fill in terrain detail on your map, and fast-travel to Sites of Grace from almost anywhere except dungeon interiors. You can also drop a beacon on the map to aid navigation.

An inviting journey – Elden Ring contains From Software’s trademark gothic castles, ominous dungeons, and foreboding enemies. However, traversing the vivid, green cliff sides of the Lands Between injects a wondrous sense of adventure into the overall experience. For me, this translated to a feeling of excitement while exploring the open world – a satisfying contrast to the atmospheric tension and blind corners of dark dungeons.

Ambient music – The world of Elden Ring has familiar placid solitude that Souls fans have come to appreciate. However, where some From Software titles essentially reserved background music for boss battles, the Lands Between hum with more subtle ambient music. The atmospheric tracks help make the open world feel even more alive.

Jump(!) – Unlike the rooted nature of past Souls games, a new leap allows you to surmount obstacles in the field. What’s more, you can perform a potent jump attack at any point in battle.

Fall damage reduction – What goes up must come down. Unlike the punishing plummets of previous From Software adventures, players can drop off a lofty cliff and receive little-to-no fall damage. This tweak invites players to adventure the exciting world more boldly. But remember to look before you leap, lest you stumble into a cast of giant crabs or other menacing foes.

Day / night cycle – The sun rises and sets, creating different moods as you explore the Lands Between. Seeing the setting sun cast pink upon the still waters of a swamp is a captivating sight. Transient weather events such as a rainstorm also pop up to change the vibe.

Crafting items – Collected resources from flora and fauna can be crafted into useful items, seemingly at any time. Fashion animal bones into throwing knives or combine combustible items into an improvised bomb.

Side dungeons – Souls fans know that discovering optional areas is part of the experience, and Elden Ring integrates these off-shoot dungeons in a streamlined way. For instance, spelunking into a wolf-ridden mine concludes with a frantic boss battle against the ravaging Beastmaster. Once bested, collect the treasure and activate a warp point to return to the beginning of the dungeon.

Defeat enemy groups, recharge flasks – Vanquishing specific groups of enemies in the field will replenish your flasks. An added incentive for finishing off groups of foes after triggering combat. This varies by type of flask and enemy group. Of course, you can always refill your Flasks by resting at a Site of Grace.

Summonable mount – Get around the expansive world fast by summoning your spectral mount from thin air. Attacking enemies from horseback is efficient and satisfying, but be careful not to get knocked off or you’ll be fatally vulnerable. Resurrect a fallen Mount by using a charge from the Flask of Crimson Tears.

Vertical exploration – While mounted, keep an eye out from massive updrafts you can jump into to gain extreme height. The elevated vantage point may help you reach new areas, or quickly escape danger.

Cooperative Rune gathering – Good Samaritans who help friends progress in their world will be able to transfer collected Runes back into their main game when done with co-op.

Summoning Pools – These small markers are found around the Lands Between. Summoning Pools are the only means to summon other players to help within Elden Ring’s dungeons.

Flask of Wondrous Physick –  A new flask for customizing concoctions with unique effects. Collect and mix different elements to varying results, like a temporary stamina increase plus violent area-of-effect explosion.

Ashes of War – Items you can collect and use to imbue elemental powers onto your weapons, or grant additional abilities to the weapon, such as summoning a magical blade or granting protection to the player

Spirits – Summon some help mid-battle with a range of helpers available, featuring differing abilities and attributes. A new way to call on NPC help that has helped many Souls players.

Run away! – The open world offers more escape routes. Retreat from a fight if you become overwhelmed, which is particularly useful when roaming mini bosses attack. Naturally, this isn’t an option in boss chambers or cramped dungeons.

Hijacking caravans – You may spot lumbering giants towing a massive cart through the world, surrounded by a contingent of enemies. Carefully clear out these foes to claim the riches in the caravan yourself. Such as the robust Crucible Armor set above.

Farewell for now! Venture into the Lands Between when Elden Ring launches on PS5 and PS4 February 25. 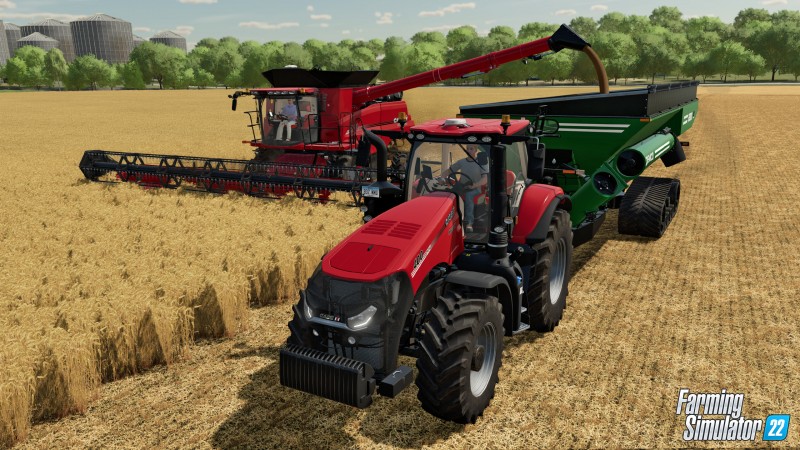 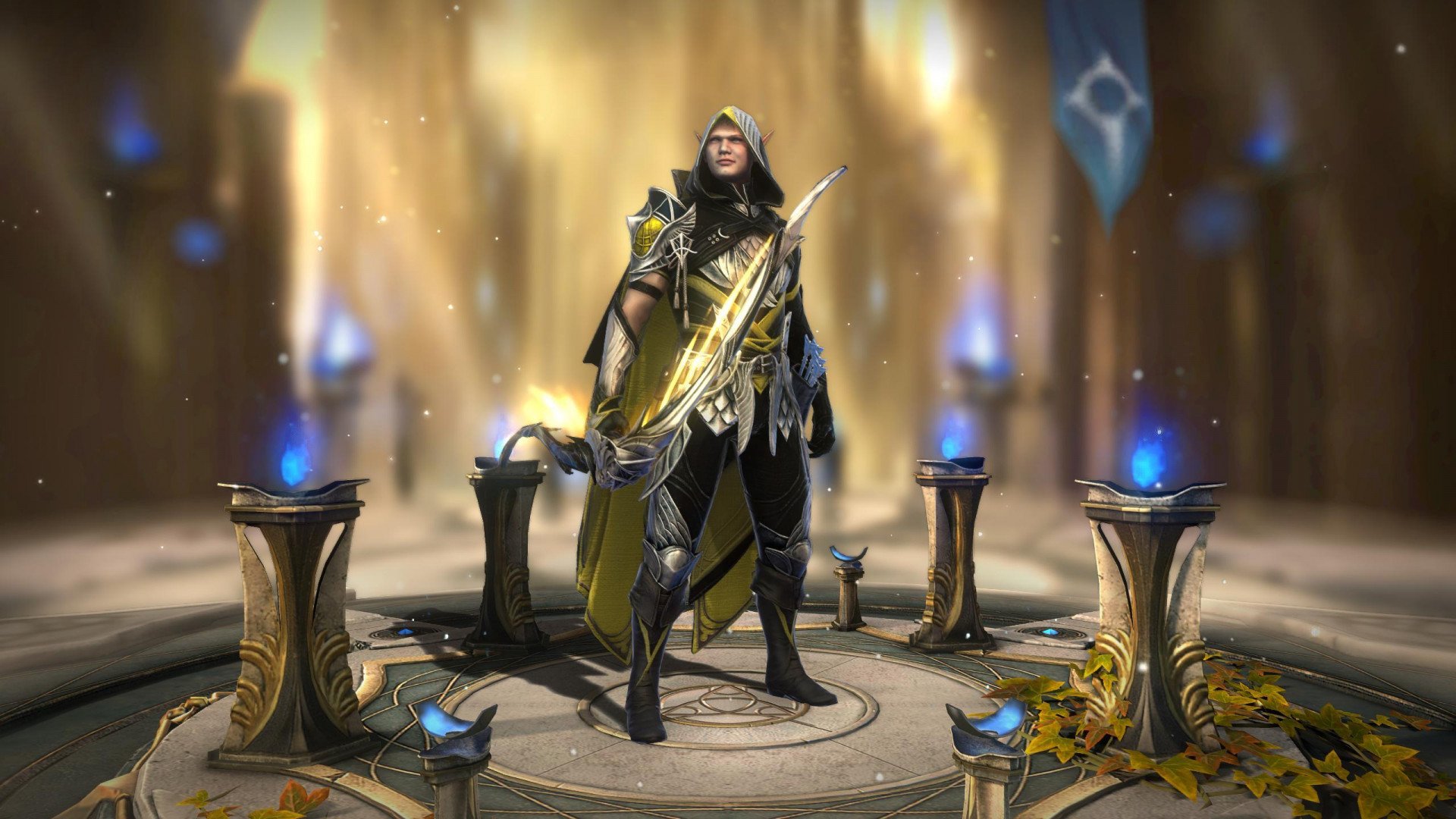