Beyond Light has the feel of a turning point. In a long-running living game with many expansions and seasons to its name, Destiny 2 is always changing, but this installment feels different. The past and future of the franchise rotate around this release, which clears away much of the old and sets the stage for new story and gameplay beats. Like a tree that needs to get pruned back to allow for healthy growth, it also means that Beyond Light’s release leaves the game looking especially barren. Even as I’m excited to discover new powers and activities, the breadth of the overall experience has been reduced.

Several separate storylines converge to kick things off, sending players to the frigid moon of Europa to meet a couple of long-missing allies and fight a surging army of ice-cold Fallen aliens. In a plot turn that doesn’t feel especially earned after years of fighting its encroachment, your Guardian is forced to take on the powers of Darkness itself to hold back the tide. The campaign features several fun missions, but I was surprised at the way it is balanced, demanding either significant grinding or several battles that are frustrating endurance chores to tackle solo.

The Darkness-infused Stasis powers are mostly used against you by enemy bosses in the early hours, and it simply isn’t much fun to be frozen in place in a game all about speed and freedom of movement. Once the Stasis powers open up for regular use, the new subclasses add an interesting strategic tool to explore, and feature some gorgeous visual and sound effects that recall crystalline ice formations and shattering showers of sleet. The Hunter and Warlock powers are exciting and distinct, though I was disappointed by the Titan’s similarity to its own existing Arc powerset. No matter the class, I enjoyed using Stasis in PvE activities, but I’ve struggled to warm to its presence in PvP, where it feels like the barriers and freezing slow down the pace of play. I was also frustrated by the grindy nature of unlocking the subclasses for multiple characters; for the significant percentage of players who like to try out all three, it’s quite tedious.

Huge swaths of old activities and destinations have been swept away in Beyond Light, and a design decision to “sunset” the majority of old weapons and armor combine to subtract a lot of beloved playstyles. Simply put, the absence is keenly felt. Europa is a beautiful new location to uncover, filled with vast snowy plains and mysterious underground facilities, but in a game about ever-expanding horizons, it’s strange to suddenly have fewer places to play out missions. Europa is forced to bear too much weight as a gameplay and mission destination, without the relief of more alternate locations. And as of now, there are too few new armaments to justify the obsolescence of so much of players’ existing collections.

I was pleased to see the return of the original Destiny’s Cosmodrome destination. The site is largely unchanged, but notable because it now houses the best onboarding for new players that the franchise has ever seen. The New Light mission thread echoes the opening steps players first encountered way back in 2014, but with several new twists that confront the challenging task of introducing the many interlocking systems that make up the game.

Bungie continues an admirable trend of introducing seasonal content that gradually evolves the state of the world’s story and activities, and these first couple of weeks in Beyond Light prove that effort is ongoing. The arrival of the Crow character is a clever plot twist that reintroduces an old foe in an intriguing new role, and his hunting missions are a good time, with some simple touches that give you the sense that you’re stalking a dangerous wounded animal. Meanwhile, the new Deep Stone Crypt raid once again proves Bungie’s flexibility and eye for balancing complex encounter design. Equally important, the raid’s initial completion also kicked off a whole new loop of missions and story for all players in the game. That sort of reactivity makes the universe dynamic and unpredictable, and I love it.

I respect the hard decisions that were involved in chopping the size of Destiny 2 down and consolidating the focus of play, and the similar moves that were involved in refocusing on gear acquisition rather than letting players continue to endlessly reuse old favorites. But it doesn’t change the reality that Destiny 2 feels greatly stripped back at the moment, even with the addition of several new ventures in these early weeks of Beyond Light. As an expansion, Beyond Light introduces some captivating narrative beats and missions, but it’s not enough all on its own to carry the load of the Destiny universe. I’m left ambivalent, with plenty of enthusiasm for the new content, and excitement about what comes next, but also the sense that for the first time, my longtime hobby game feels lesser than before. 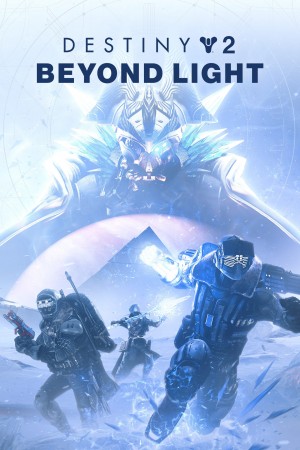 Summary: Beyond Light is a major turning point for the franchise in both story and gameplay, but the accompanying departure of older content diminishes the game in significant ways.

Concept: Rediscover the lost and frozen moon of Europa, and take steps along the dangerous path of wielding new powers of Darkness

Sound: New music maintains Destiny’s reputation as one of the most compelling soundtracks in gaming, and the voice actors turn in strong performances

Playability: The initial campaign features a difficulty curve ill-suited to casual play. Significant grinding is necessary across this expansion to see the full scope of core missions and new abilities

Entertainment: An engaging story feels like a turning point in the canon, but the game feels diminished after stripping away roughly half of the locations, activities, and other core content