Brace yourselves for the craziest, adrenaline-pumping summer sports game of all time. Crazy Athletics launches on Xbox Series X|S, Xbox One & PC today.

Haven’t been in touch with your friends? It’s time to dial in their numbers and get the party started. Call your friends over and dive together into this breathtaking experience featuring ten exciting Athletic games along with gazillions of crazy tasks. Either you may choose to compete against up to four of your friends with Crazy Athletics’ local multiplayer feature or help them get a better score by playing for a favorable wind. Crazy Athletics features simple and sweet yet challenging athletic games, from javelin and shotput to swimming and running.

Immerse in Crazy Athletics’ unique 4K experience @120/60 FPS, where you have to make your way to the top and climb the ladders by coordinating with your friends and hitting the right buttons at the right time.

And let’s not forget the game’s 100+ indie songs library with vocals that will make your gameplay nothing less than a musical feast.

PC players can just load their favorite music player and dive in deep while listening to their favorite songs. Enjoy Crazy Athletics’ awe-inspiring experience in 2D with stunning cartoon graphics by choosing your favorite national athlete to participate in summer’s biggest yet craziest adventure. With over ten maps and up to 80 events, you can explore different parts of the world and compete in single-events or mini-tournaments. Build your way from the ground up until they call you the ”champion”.

On your marks! Get set! Go! 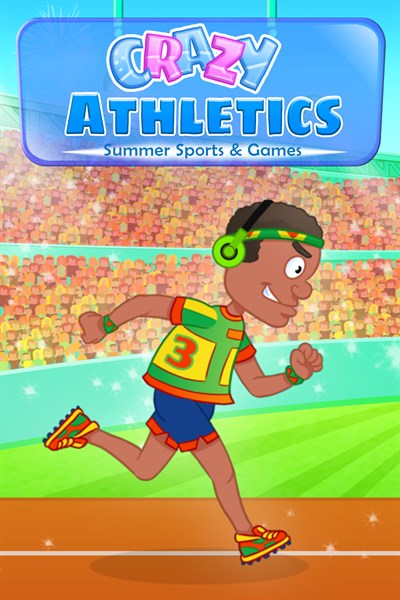 ☆☆☆☆☆
★★★★★
$19.99
Get it now
ON YOUR MARKS, GET SET, GO!
This is definitely the craziest summer sports game ever! Ten games and many more crazy tasks, with cartoon 2D graphics in 4K resolution and 120FPS/60FPS! The most celebrated sporting event in the world is here! The gameplay is unique: players must coordinate and hit the buttons in time with the circles that appear. It’s a musical feast! Hear 100+ different indie songs with vocals during gameplay. Compete against your friends with the living room multiplayer (up to four controllers) or help your friends get a better score by playing for a favorable wind! Enjoy simple, yet challenging competitions, including four running sports, two swimming sports, javelin, shot put, long jump and high jump! Victory and glory can be yours!

Select your national athlete and participate in a huge adventure. Visit various places in the world (10 maps – 80 events) and compete in mini tournaments or single events. Start from novice until you become a real champion. There are 10 different techniques: 1 is the first and simplest and 10 is only for champs.