Skip to content
ASNF 1 month ago 2 min read
Today I’m excited to announce – and take a first look – at a new...

Today I’m excited to announce – and take a first look – at a new guest character joining our 3D arena battler Mighty Fight Federation: Miriam from action platformer Bloodstained: Ritual of the Night! Miriam will be a free addition to the main game and available to everyone later this spring. As a reminder, Mighty Fight Federation is available now on PlayStation 5 and PlayStation 4.

Like our other licensed character guest stars such as Yooka-Laylee and ToeJam & Earl, Miriam comes with her own level and remixed music track. She will have one the largest movesets in Mighty Fight Federation, focusing on weapon and shard synergy, with many moves inspired by the entirety of the Bloodstained franchise. See her in action in the below trailer:

We worked with Bloodstained’s famed creator, Koji Igarashi, and his team to ensure we did Miriam justice, from her unique design to her wide breadth of weapons and Shard abilities. Both myself and the game’s creative director, Jullian Spillane, are incredibly excited to see what fans of technical-style combatants are able to achieve come her debut later this year. You can take a closer look at the in-game model below, and Igarashi-san himself found the time to share his excitement as well.

“Hello, this is Iga. I am pleased to announce that Miriam has been included in Mighty Fight Federation! Miriam is the protagonist of my exploration-heavy side-scrolling action game Bloodstained: Ritual of the Night. I am very excited to see what kind of fighting style she’ll bring to the table. Oh, and if you haven’t heard of Bloodstained, please check it out as well~ I wish you all have tons of fun playing both works.”

Mighty Fight Federation is playable with up to four players, and console crossplay ensures that epic, chaotic clashes can take place locally or online. Comprehensive tutorials and training modes mean players of all abilities and fighting game backgrounds can hit the ground running, while veteran fighters can be sure they are landing every punch in this balanced and highly-competitive brawler thanks to its rollback netcode. 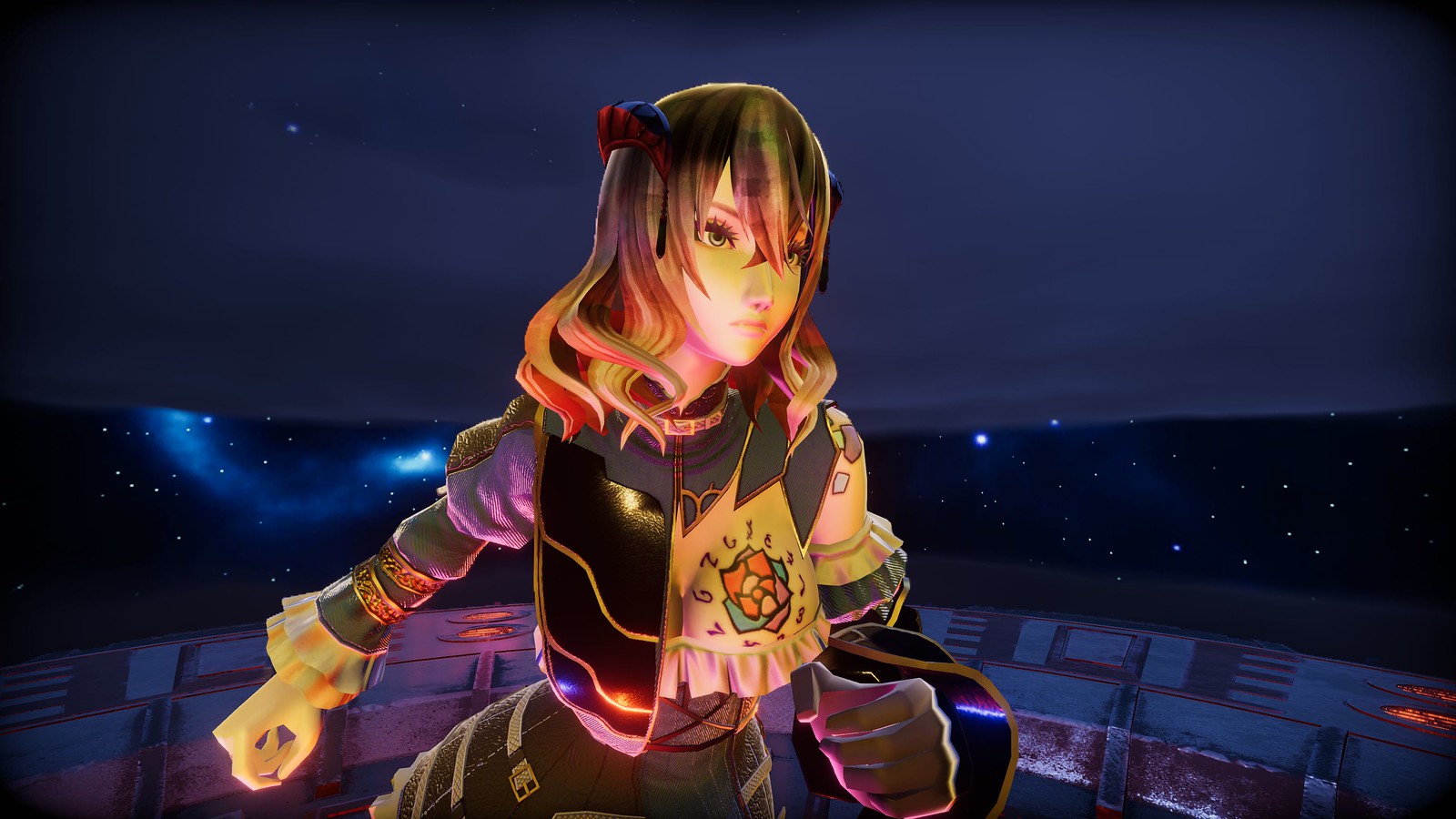 Whether it’s one-on-one, a triple threat, or a fatal four-way, competitors can jump into the action and join the foray 24/7. The game boasts 13 outlandish characters (and more to come), each with their unique play-styles, combos, and special moves. It also has a killer soundtrack featuring music by Tee Lopes (Sonic Mania), James Landino (RWBY, No Straight Roads), Vince DiCola (Rocky IV, Transformers), and Manami Matsumae (Mega Man, Shovel Knight).

Mighty Fight Federation is available now on PS5 and PS4, so you can join the action while waiting for Miriam’s debut later this year.