Rating: Everyone 10+
Reviewed on: PlayStation 5

Astro’s Playroom comes pre-installed on every PlayStation 5, so when you first start it up, you may to assume it’s a tutorial designed to introduce you to the system’s capabilities. That assumption is not correct. Yes, the game is a great showpiece for the PS5’s DualSense controller, applying its haptic feedback, adaptive triggers, and motion-sensing technology to a variety of inventive situations. But Astro’s Playroom is much more than a tutorial; it’s a joyful and polished platformer that ushers in a new generation of PlayStation hardware with a big smile.

Astro is a cute little robot that runs, hops, and flies across colorful worlds – each based on different components of the PS5. You splash around in the cooling unit, soar through the SSD, and explore the GPU forest. Like other mascot platformers, you also need to collect things along the way, some of which are floating in plain sight while others require some minor effort to obtain. In terms of basic structure and mechanics, Astro’s Playroom is not surprising; it adheres closely to a comfortable formula. But that familiarity doesn’t drag the experience down, because the DualSense controller adds novelty in fun and surprising ways.

Every function and feature of the controller gets a little time in the spotlight. Pervasive and distinct rumble effects steal the show, from the tiny sensation of Astro’s footsteps to thundering moments like an Indiana Jones-style boulder chase. The triggers offer resistance as you charge your jumps in a frog suit or operate the levers on a toy machine. Sliding your finger across the touchpad lets you direct your movement as you roll around in a ball. The list goes on, and while some mechanics feel like gimmicks (steering with motion controls will never be fun), the majority of them are cool. Even more than that, they make a substantial difference in your connection to the action, conveying an amazing tactile sense of the world.

But as I said, Astro’s Playroom isn’t just a shallow excuse to show off the DualSense. Even without the tech behind it, it’s an enjoyable platformer with a satisfying mix of variety and charm, and all the levels set themselves apart in unique ways. Some have an open-world playground feel, where you search every corner for hidden areas and collectibles. Light combat against a small selection of enemies keeps you from having totally free rein, but these levels are more about exploration than aggression. I had fun hunting down the treasures and interacting with the environment, though everything is attainable and obvious enough that I hesitate to call them “puzzles.”

Other stages are linear platforming challenges that use Astro’s laser-powered hover-jump. These portions are also pretty forgiving, with generous checkpoints and obstacles that provide just enough resistance to make you pause a moment, but not so much that you get stuck. You also find various suits and vehicles in sections that have you scaling walls or navigating deep space; these are the parts that feel the most gimmicky and unreliable, but even so, they are rarely long enough to cause any real frustration. Plus, it’s hard to get too mad with the game’s infectiously upbeat soundtrack going in the background.

Even though Astro’s Playroom is relatively simple, it kept me entertained for about five hours with its array of challenges and entertaining Easter eggs. During Astro’s jaunt through the guts of the PS5, you run across all sorts of PlayStation references and memorabilia. From seeing bot versions of iconic characters (like Kratos and Solid Snake) to gathering old peripherals and consoles, the journey is full of “I recognize that!” flashes that punctuate the lighthearted and approachable gameplay.

At its best, Astro’s Playroom recaptures the magic of my favorite Lego video games – except the license on display is the PlayStation brand instead of something like Star Wars or Marvel. The cameos are plentiful and amusing, with franchises that go beyond the first-party catalogue, along with some surprisingly deep cuts that made me feel very old. But in the midst of all that history, Astro feels like an adorably fresh face; I’m glad to see the character break out of the confines of VR and reach out to a broader audience. Astro’s Playroom may not be the deepest or most ambitious game on PS5, but its humor and playfulness are just delightful. 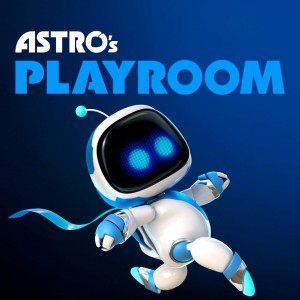 Summary: Astro’s Playroom is much more than a tutorial. It’s a joyful and polished platformer that ushers in a new generation of PlayStation hardware with a big smile.

Concept: A lighthearted platformer that provides fun and variety while also showing off the technology behind the PlayStation 5’s DualSense controller

Sound: Adorable robot sounds (some of which come out of the controller’s speaker) do the job, but the real audio star is the wonderfully catchy soundtrack

Playability: The basic platforming controls feel responsive and polished. A wide array of different scenarios demonstrate what the PS5’s controller can do, including the new rumble capabilities and adaptive triggers

Entertainment: Astro’s Playroom isn’t just an introduction to the PS5. It is a charming and enjoyable game, even if it isn’t trying to redefine the boundaries of the platforming genre