Skip to content
ASNF 3 years ago 3 min read
For roughly half their existence, video games have largely been made up of pixel art....

For roughly half their existence, video games have largely been made up of pixel art. When the 3D polygonal era rose to prominence during the ’90s, pixel art still found its place in the world and continues to be a popular visual choice for games even today. There’s even a happy hybrid of the two called voxel art which is essentially 3D pixel art using cubes instead of flat 2D squares. Since by definition pixel art and especially voxel art are just virtual blocks put together to create objects and images, they compare very similarly to LEGO bricks in the real world, and thus it’s not too far fetched to see LEGO creations of iconic video game characters and settings. Heck, Nintendo has even partnered with LEGO for an official Super Mario line, though I’m not really a big fan of their implementation (though I would 1000{72fac96fb8a068703572150b1f107310d4a58cf34158e9799732d1314586e298} buy the incredible LEGO Nintendo Entertainment System if it wasn’t so darn pricey).

Anyhoo, after constantly being called “LEGO in video game form” the developers of Minecraft decided that there should be an official Minecraft LEGO line, and by way of the LEGO Ideas website, they made that a reality. That was nearly 10 years ago! Similarly, about 4 years ago a LEGO enthusiast by the name of Isometry realized that the gorgeous architectural levels of Monument Valley could also translate well to official LEGO sets. Sadly that project didn’t get the green light from the LEGO powers that be, although it was a fantastic idea. Now we’ve got another popular video game that’s gunning for the LEGO treatment, and this time it’s the phenomenal room escape puzzle adventure The Room from Fireproof Games. Feast your eyes on this LEGO version of the gigantic safe that serves as the very first level of the original The Room game. 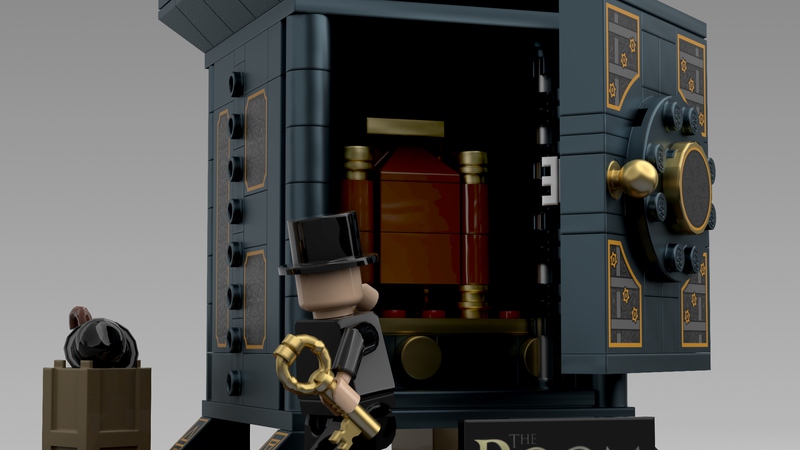 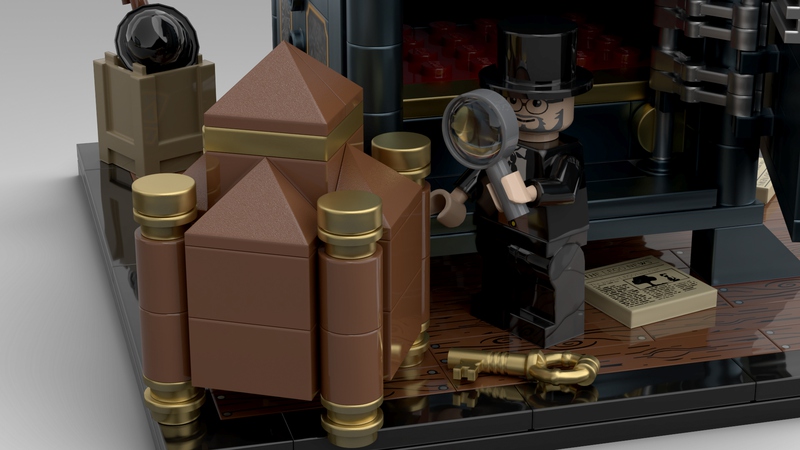 Oh man, this is so perfect, right down to the jewelry box and the letter from the mysterious A.S. on top. And the “eyepiece” magnifying glass! I just love it. You can see even more pictures of this set over at the LEGO Ideas page for it, and that’s also where you can help bring this idea to life by showing your support by literally clicking the big blue SUPPORT button in the upper right corner. You’ll need a LEGO ID to register your support, but if this is the sort of thing you’re excitedly reading about chances are pretty good you already have one of those, and if not they’re easy and free to sign up for. This The Room set is the creation of Roger Schembri who is a graphic & motion designer at Fireproof Games. Yes, someone who literally had a hand in making the game is behind this sweet LEGO set.

The way the LEGO Ideas stuff works is that now that The Room project is officially live, there’s roughly 14 months to reach the 10,000 supporters goal which will trigger the project being sent to the actual LEGO employees who have the power to make the set a reality. At the 1,000 and 5,000 supporters marks you get an additional 6 month extension for each. Unfortunately for the Monument Valley idea it fell just short of the 6,000 mark, and so once time expired, that was that. I’m hoping that same fate won’t befall this clever The Room idea, and with more than 300 supporters in less than a week of being live it’s already off to a great start. So if you like LEGO and you like The Room it’s pretty much a no brainer to go show your support at the LEGO Ideas website.