Hello PlayStation community! I’m Jemima, a writer here at Roll7, and I’m super excited to bring you all some exclusive insights from a few of the amazing folks who are currently working on OlliOlli World.

A bold new art direction is inspiring the design team at Roll7 to improve and innovate the mechanics of OlliOlli World. “Our previous OlliOlli titles were 2D,” says Co-Director John Ribbins. “But now with a 3D art style we have the ability to move the camera in and out as the player progresses through levels, which means more space for super gnarly huge airs – and that means more time for tricks and combos. As a result, we’ve been able to include grabs in the game for the first time ever. Grabs feel pretty rad on their own, but they also make existing mechanics like spins way more interesting and versatile.”

“One addition that I’m particularly fond of is being able to do Firecrackers, which is when the player performs a Manual down a staircase,” says Senior Level Designer Sam Robinson. “This ties into new ways of skating because in this game, the player has more opportunities to recover from their mistakes. If they miss a jump and are about to land on a staircase, the player has the opportunity to save themselves by performing the right trick as they land to carry on through the level.”

“There are also wallrides now,” adds Ribbins. “Not really for any particular reason, we just all thought they were cool.” (They really are.) 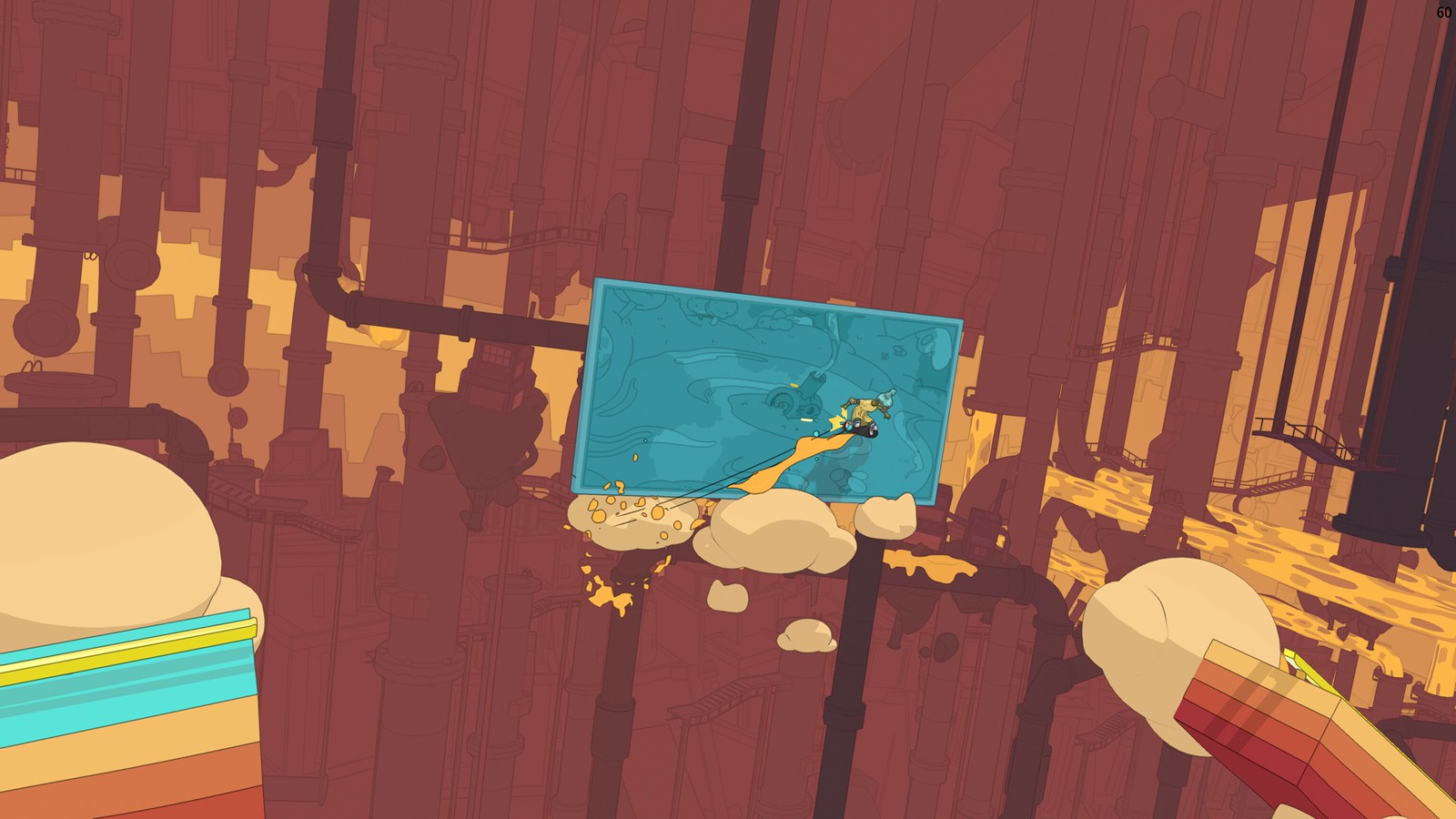 “The visual and audible presentation of the game is joyful, vibrant, and welcoming to audiences – and this has also been reflected in the game’s design,” says Robinson. And, while this game is much less punishing to inexperienced players than previous OlliOlli titles, it still retains the incredibly high skill ceiling that enables players to come back time and again as they work to improve their scores.

“This ultimately means that the player will experience more of the game, rather than get stuck early on – and then they can return and replay the levels later to improve their score, complete challenges, or discover new routes through levels,” explains Robinson.

Narrative Designer Lizz Lunney also emphasizes what a huge impact the zany new art direction and mechanics have on their own work: “The concept design, by Germán Reina Carmona, really worked hand-in-hand with the narrative and the gameplay to bring this world to life. I also worked closely with (former Lead Game Designer) Craig Thomas, to ensure that the story blends seamlessly with the gameplay. Ideally after a few hours spent playing OlliOlli World you’ll not only be dreaming about the flow state of the game,” says Lunney, but you’ll also get “a sense of true skate culture – one that is not so much about competing but more about hanging out with your mates, celebrating each other’s tricks, going on epic road trips, and meeting weird new people along the way.” 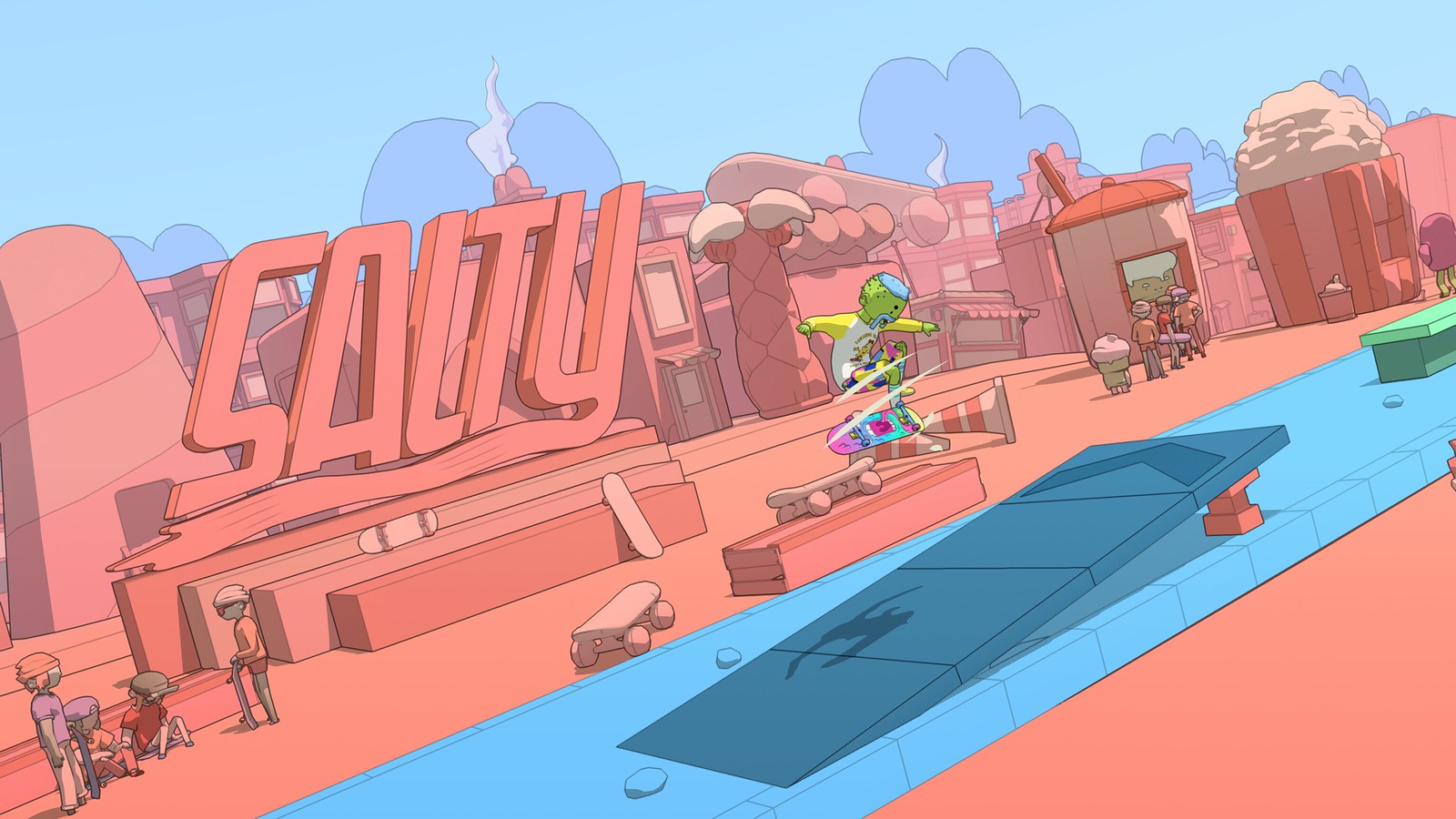 Taking an alternate path will provide a fresh challenge for seasoned players to sink their teeth into, as skating off the beaten path will reveal routes with a bit more risk… and, if they play their combos right, possibly a few more rewards too!

OlliOlli World launches Feb 8th on PS4 and PS5, and you can pre-order now.